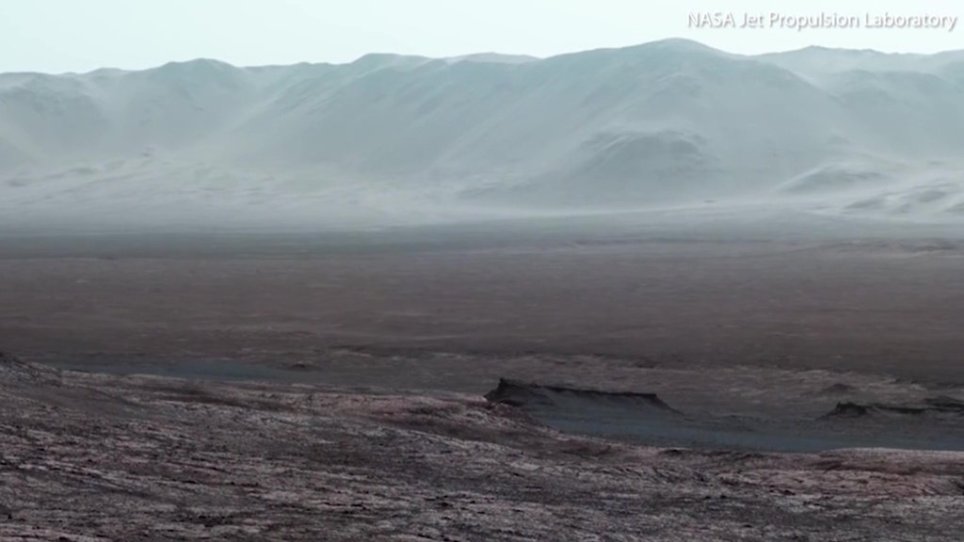 Recent Mars pictures look very similar to our own planet. There are total 16 images released by NASA taken from the top of the Vera Rubin Ridge, shows a sprawling mountain range which has been given a familiar blue hue by Nasa. NASA’s revolutionary Curiosity rover landed on Mars in 2012. The 5-year journey of Curiosity rover is incredible and rover captured all images will the help of its Mast Camera (Mastcam) in the month of October last year.

NASA’s Curiosity team created a panoramic image of all the points where the rover visited. There are few names given in the picture including the most important Yellowknife Bay. NASA said they found evidence of an ancient freshwater-lake environment that had all of the basic chemical ingredients needed for microbial life. One of the points called Vera Rubin Ridge, mountains are clearly visible from this point.

The rover is taking pictures by Curiosity’s Mastcam when the rover paused for few moments on the northern edge of Vera Rubin Bridge and the panorama encompasses much of the 11-mile (18-kilometre) route the rover has managed to cover so far. The Mastcam used its left eye which is enabled by 34-millimeter lens camera and right eye is a 100-millimeter lens camera to get a narrow, more detailed picture. 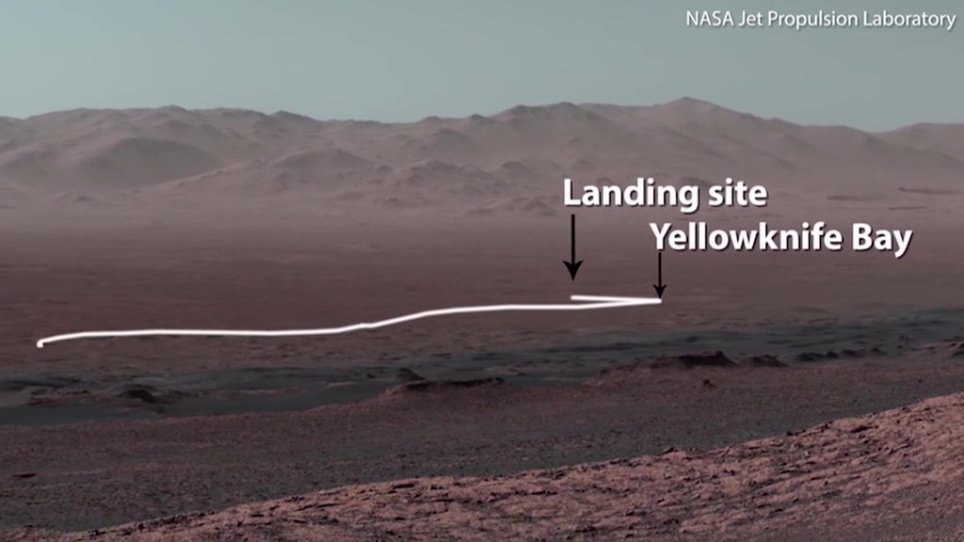 Curiosity Project Scientist Ashwin Vasavada of NASA’s Jet Propulsion Laboratory, Pasadena, California said, “Even though Curiosity has been steadily climbing for five years, this is the first time we could look back and see the whole mission laid out below us. Vasaveda furthers said that from their perch on Vera Rubin Ridge, they found vast plains of crater floor stretched out to the ecstatic that formed the northern rim of Gale Crater. Currently, the Curiosity rover is at the southern edge of Vera Rubin ridge.

Also, Curiosity is the largest and most capable rover ever sent to Mars. It also carries best and most advanced instruments for the study of the Martian surface.