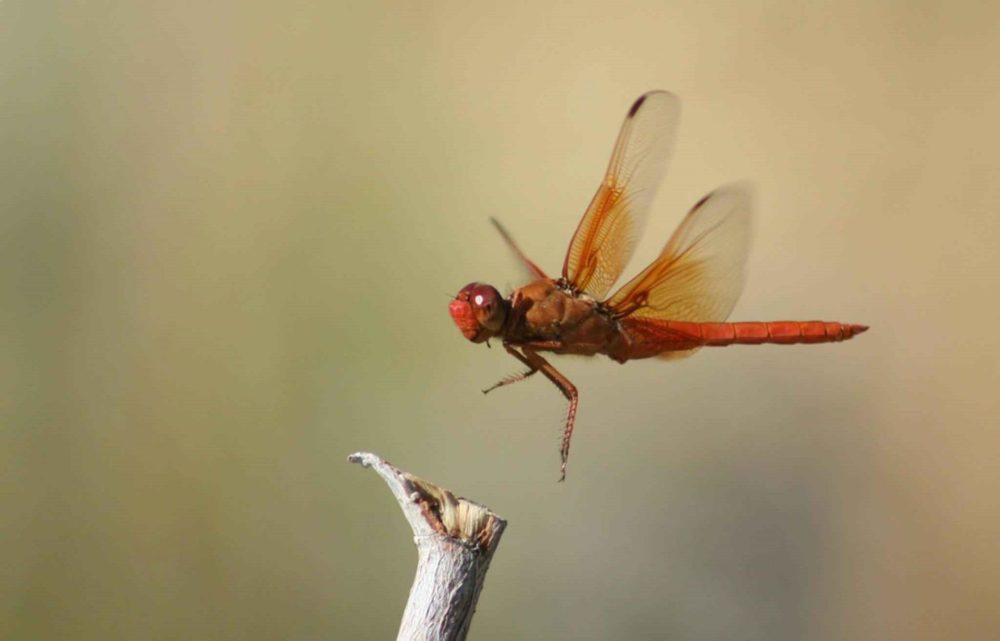 There are over 1 million species of insects and each and every one of them fascinates me. But the dragonfly tops the list among others. It is even believed that if a dragonfly lands on your head, it is good luck in some parts of the world. This top ten list brings you the most beautiful dragonfly species from across the world. So, let us not waste another single second and delve into our top ten list!

Found in the eastern parts of the United States of America and South-eastern Canada, the Ebony Jewelwing is a species of broad-winged damselfly. The male’s metallic, iridescent body can appear to be blue or green depending on the light inflicted on it. With jet black wings and a sleek body, this dragonfly species tops our list. Another striking species of the European damselfly, this dragonfly species already have ‘beautiful’ engraved in its name and you can probably understand why just by looking at it. Found in parts of the United Kingdom and Southern Ireland, the males have dark blue-black wings and the females have lustrous brown-green wings. A beautiful demoiselle flying is a glorious sight to witness. With its amazing agility and finesse, the beautiful demoiselle secures the second place on our list. 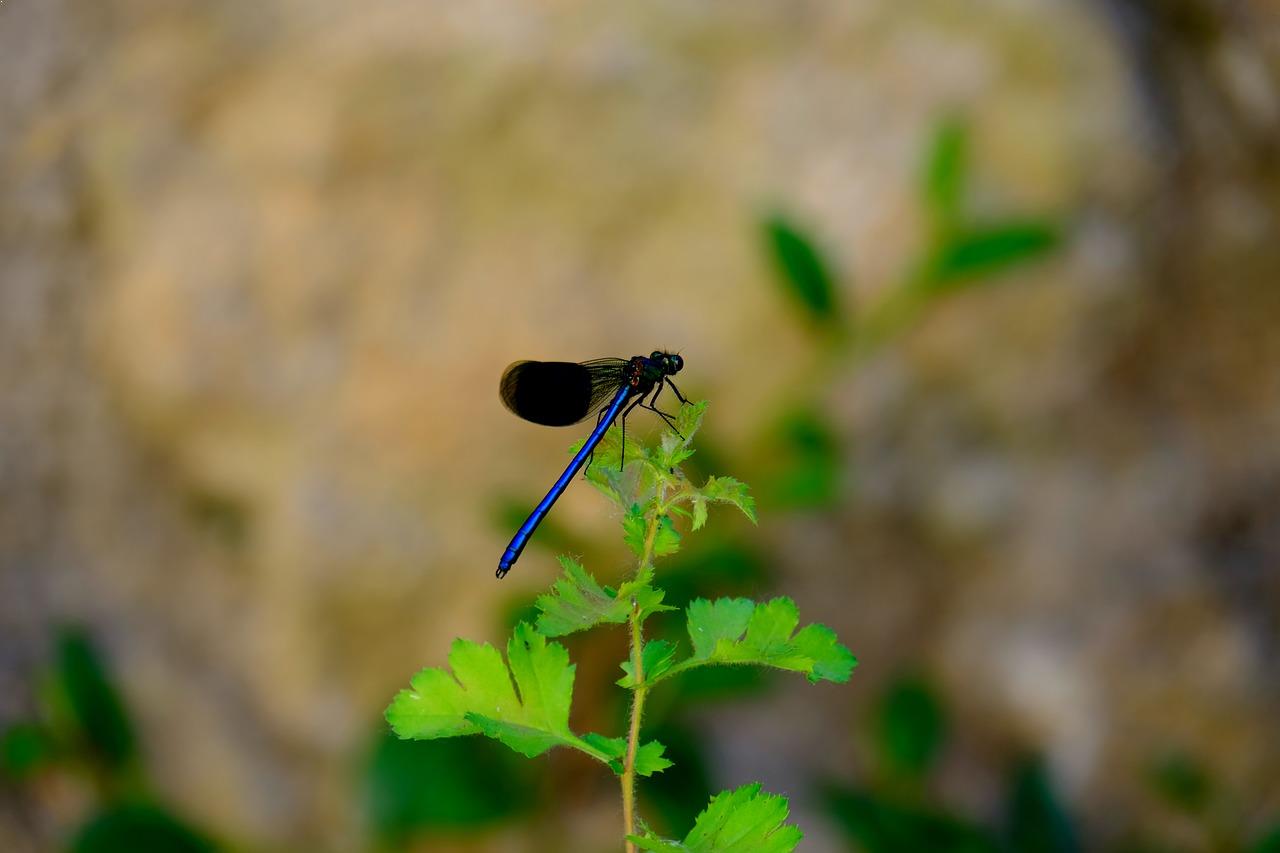 Found in various places across the globe, its natural habitats include subtropical and tropical regions. With its matte blue body and nimble wings, the grizzled pintail is one of the most beautiful dragonfly species. Some dragonflies in this species are also known to have golden-brown wings. But both are a joy to catch a glimpse of. The twelve-spotted skimmer is named so because of the twelve brown spots present on its wings. This species of dragonfly is popular across the United States, southern Canada and in parts of Mexico. It has a powder-like appearance on its thorax which gives it a gorgeous glistening look. 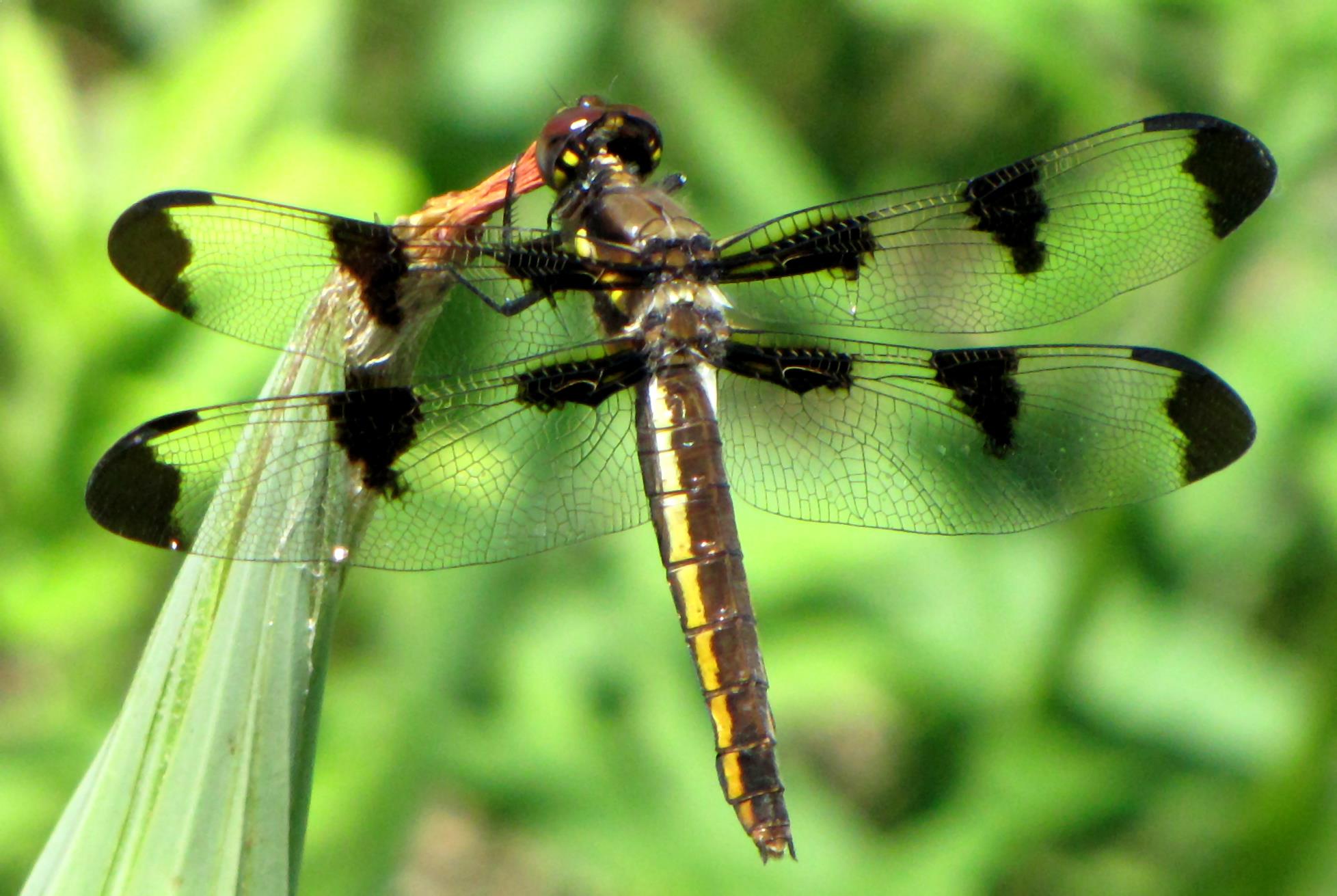 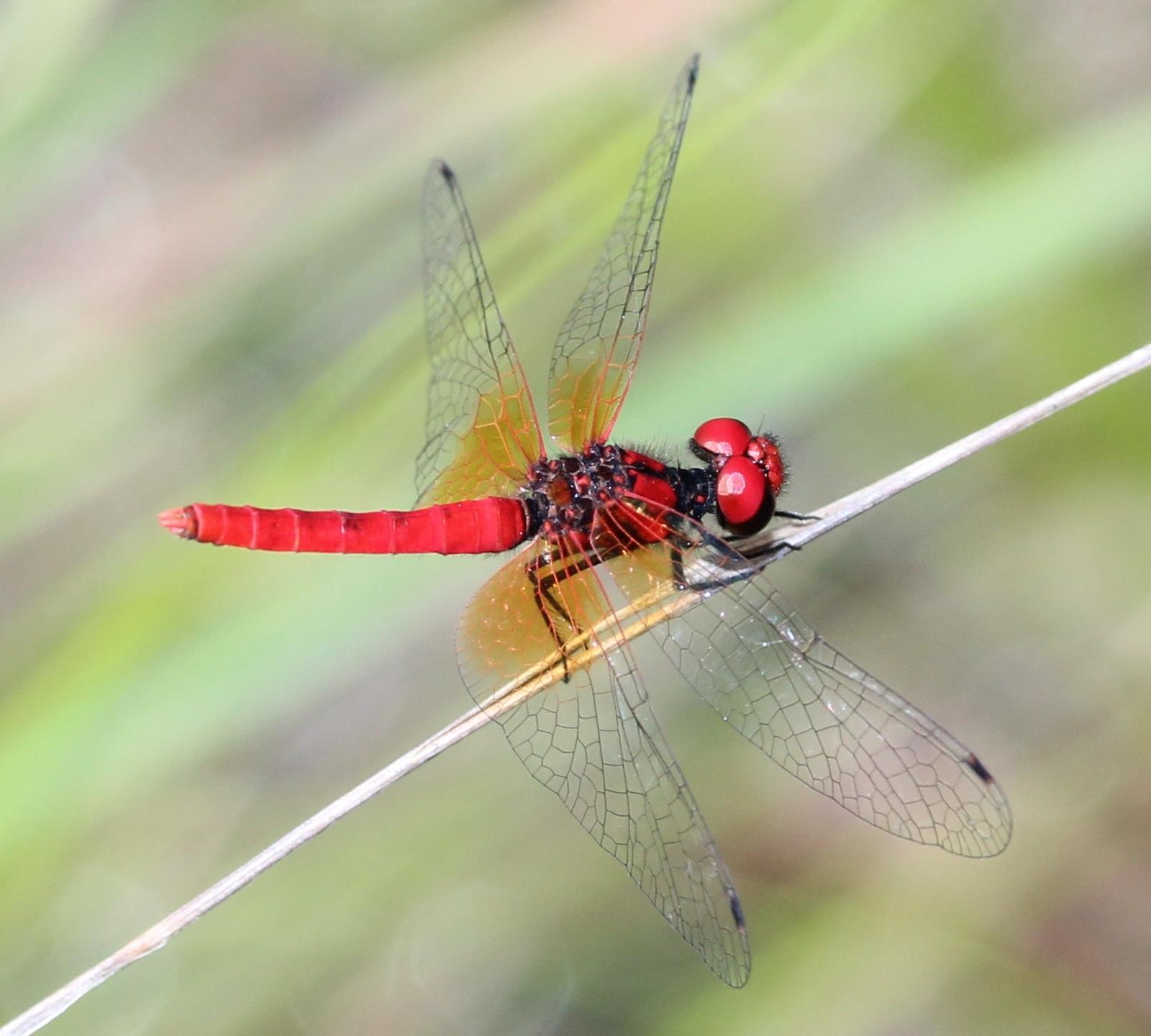 The flame skimmer is also called as the ‘firecracker skimmer’ and it is endemic to western parts of North America.The males’ bodies are entirely red or dark orange including the wings and the females have an intense brown hue with slim golden markings on its thorax and sometimes, the wing too. The flame skimmer takes sixth spot on our list. 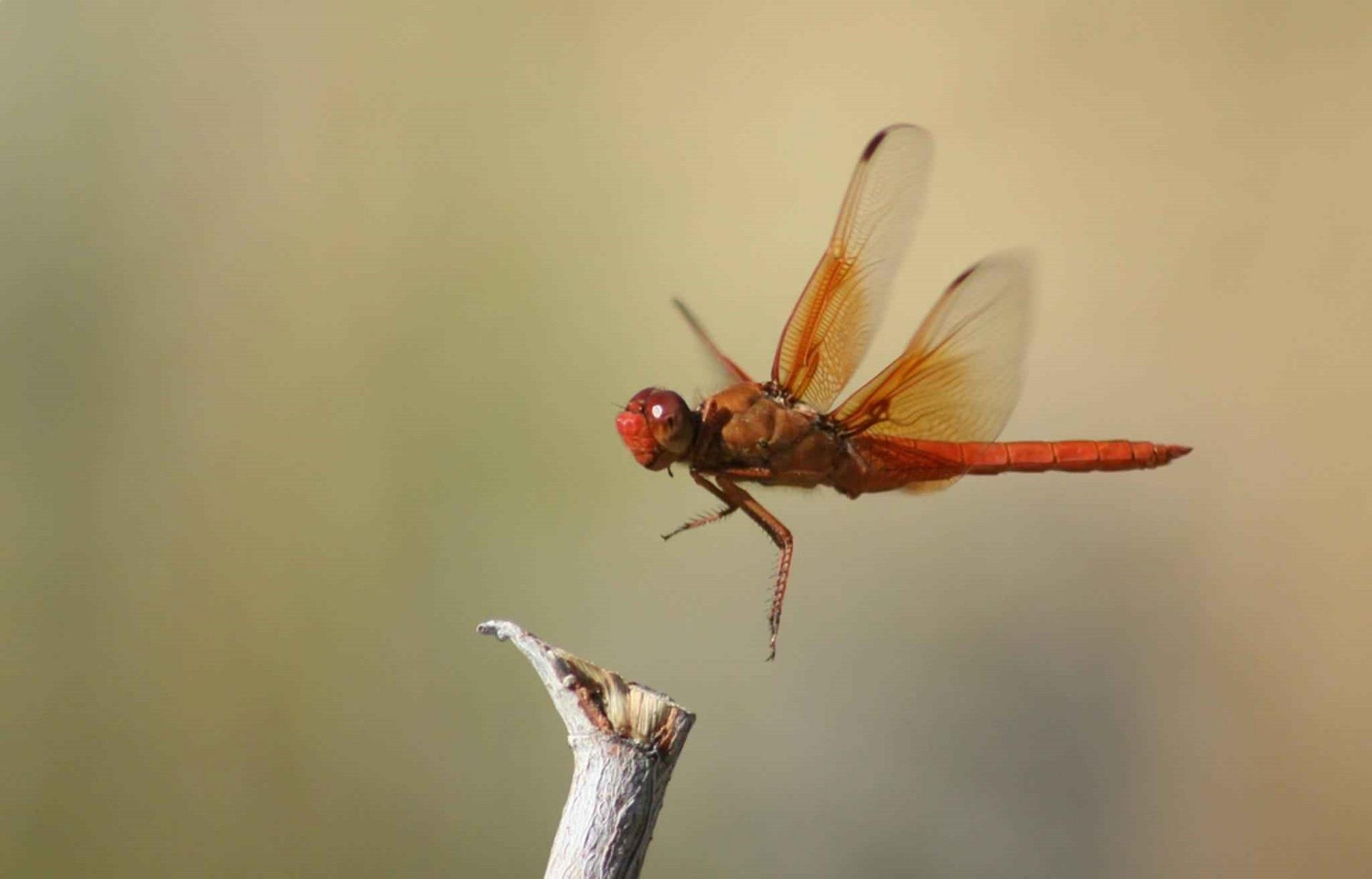 The sapphire flutterer is one of the smallest species of Rhyothemis. This species of dragonfly is widespread throughout eastern and southern Asia and found in Australia as well. It has a dark blue abdomen with a couple of pale patches on its outer section. When under sunlight, its whole body looks glistening purple and is a beautiful sight to behold. The golden-ringed dragonfly is one of United Kingdom’s largest dragonfly species. The whole body is black, and it is lined with golden bands. It has green eyes and they meet at a point on top of its head. The Golden Ringed Dragonfly is most common in almost all parts of England, Scotland and Ireland. 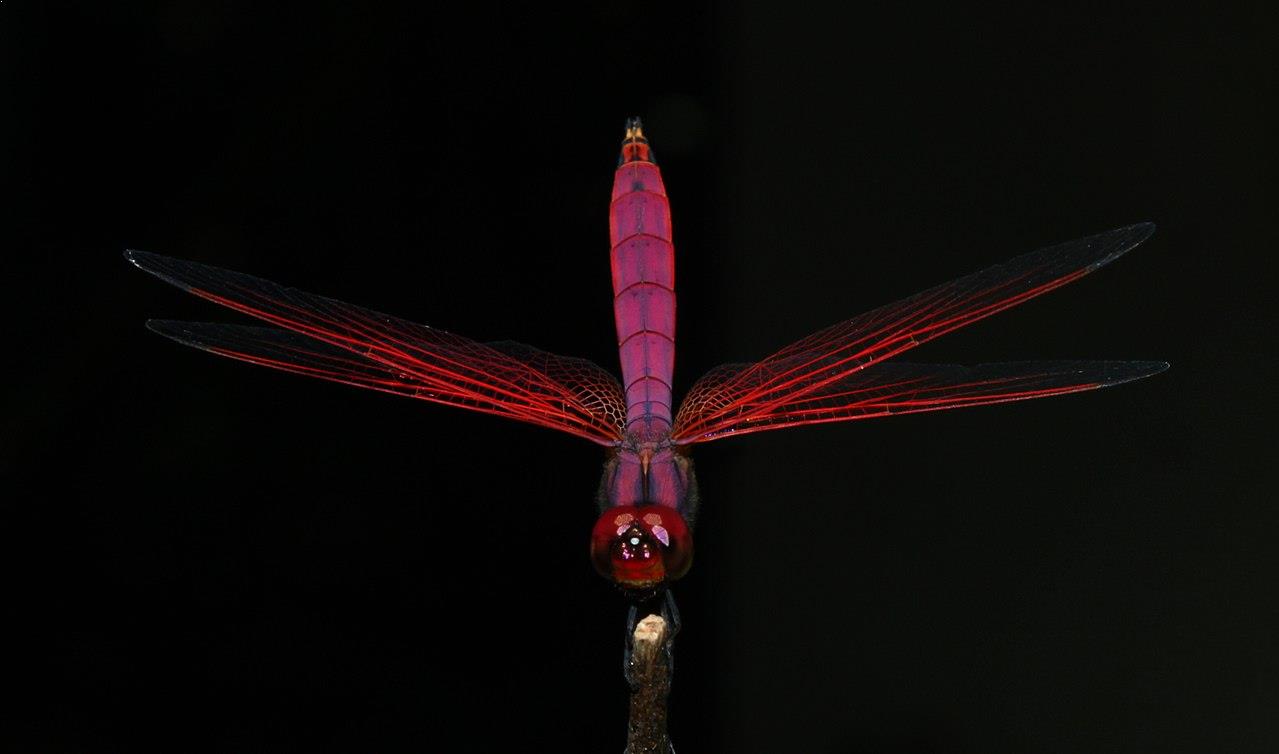 Native to the Americas, its range stretches from the United States till Brazil. The males have a hint of blue hue on their body which is just enough for it looks beautiful and the females are no less either. They have an orange-brown abdomen with a stripe on its back. The colourful body of the Roseate skimmer gets this dragonfly into the tenth spot. 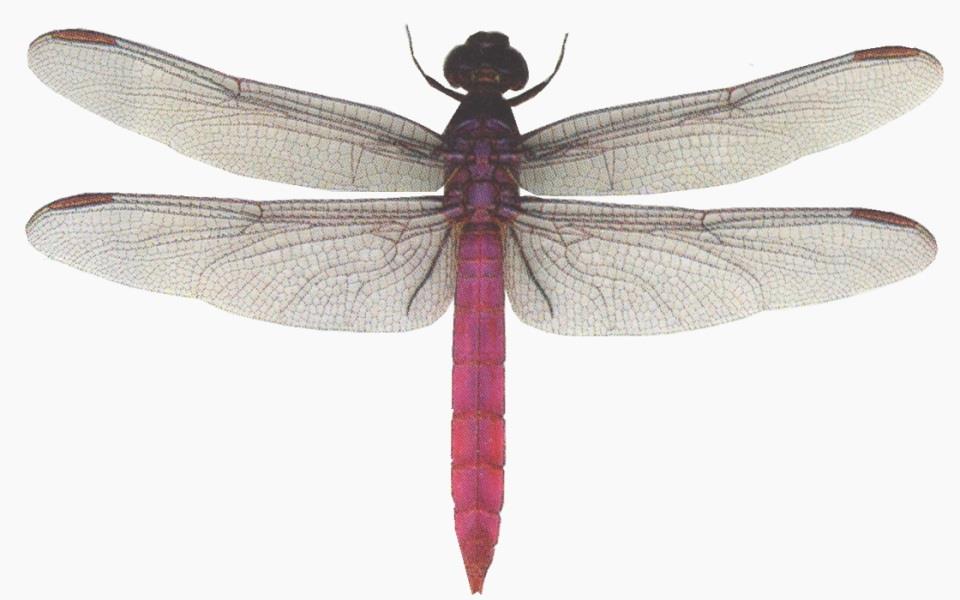 We have this top 10 list not only based on how beautiful a dragonfly species looks but also depending on its elegance and splendour. Do you think there are other species that should get into the top ten list? Please let us know in the comment section below.