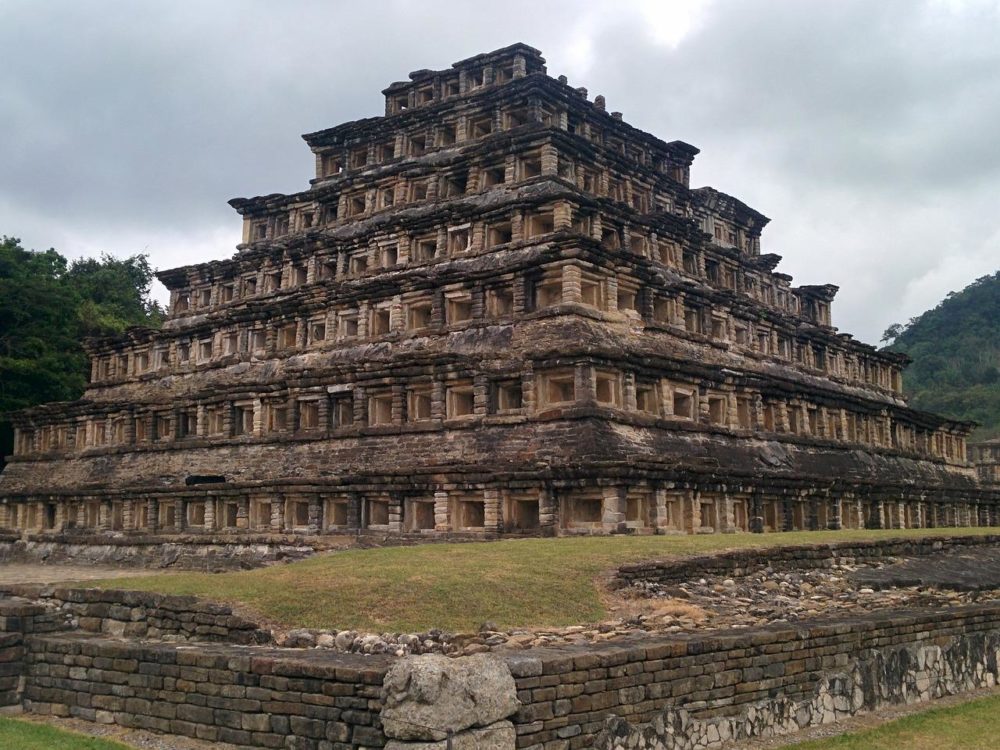 There are many amazing pyramids in Mexico that show the history and culture of Mayan people. the most notable pyramids are represented as a tribute to their Gods, Planets, animals for which they also conducted many sacrifices. All these have also been featured in many films, movies and documentaries. The beauty of these archaeological buildings is still admired by the people all over the world. That is why Mexico is one of the most visited countries in the world. Here, is the list of seven most important pyramids in Mexico that one must see.

Pyramid of the Niches is the most famous building in the city of El Tajin. The pyramid is 20 meters high and has seven storeys with a wide staircase at its eastern side. It is the major attraction of this archaeological site because of its unusual design and good state of preservation since ancient times. Originally the structure was painted a dark red with the niches in black intended to deepen the shadows of the niches. 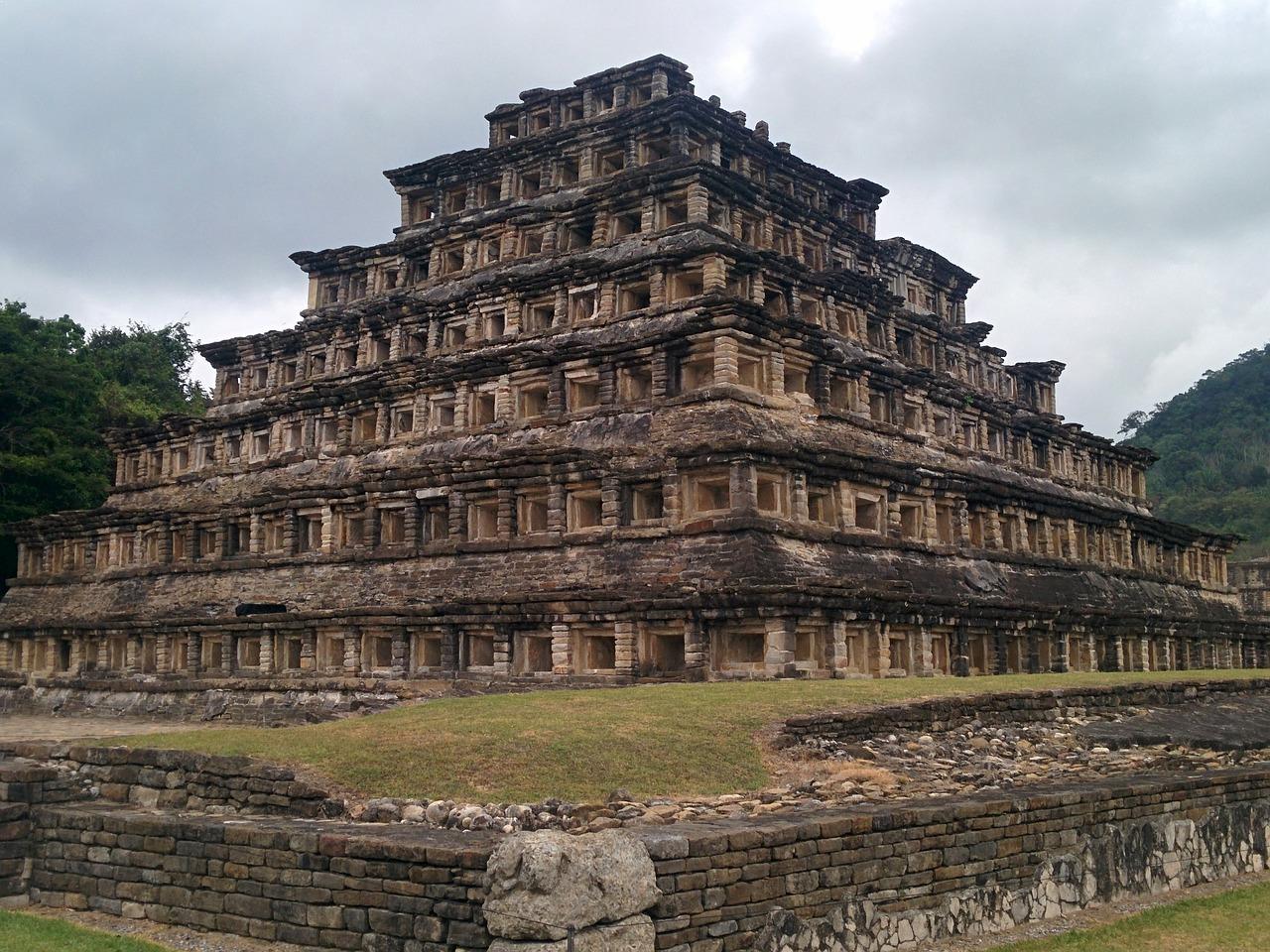 The pyramid is the tallest and most viable structure in Uxmal. Uxmal is one of the largest cities on the Yucatan Peninsula. The name Uxmal translates to “thrice built” and reflects the multitude of architectural styles in this area. The Pyramid of the Magician is one of the few buildings that shows the astronomical knowledge of Mayan culture, and it is also aligned with reference to the planet Venus, its stairwell is in perfect alignment with the rays of the setting sun on the summer solstice. The height of the Pyramid of the Magician has been reported as 40 metres. The pyramid is considered unique because of its rounded sides, considerable height, steep slope, and unusual elliptical base. 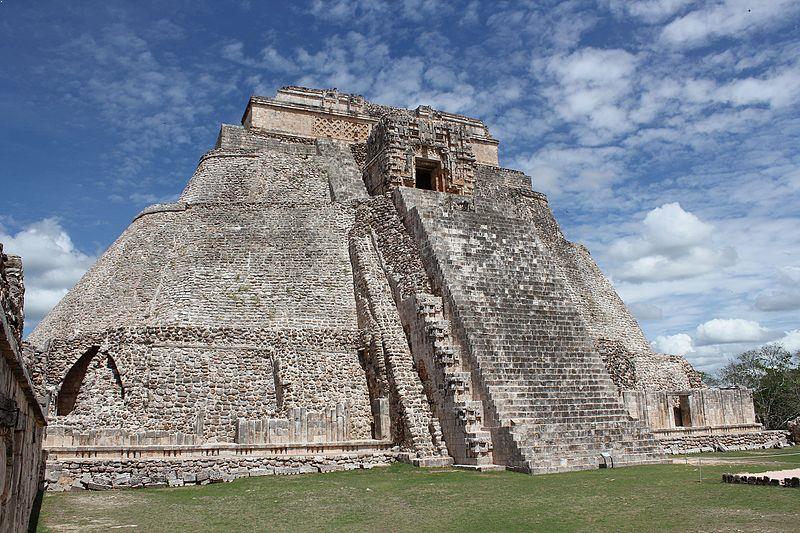 3. The Pyramid of the Moon, Teotihuacan

Related: 10 Fascinating Facts About the Ancient Egyptian Pyramids You Should Know. 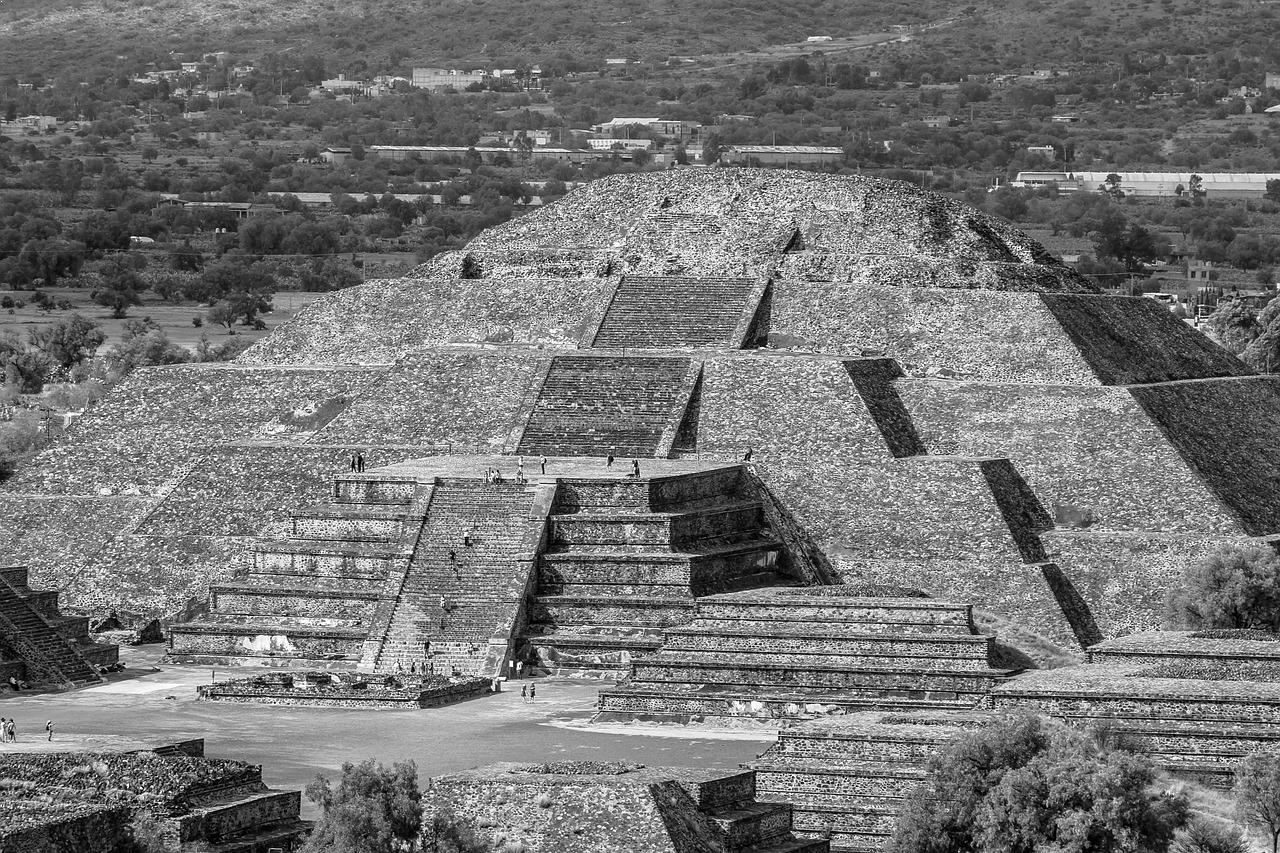 4. The Pyramid Of The Sun, Teotihuacan

The Pyramid of the Sun is the largest building in the city of Teotihuacan that is believed to have been constructed in 200 A.D. It is also the third-largest ancient pyramid in the world, after the Pyramid of Giza and the world’s largest the Great Pyramid of Cholula. The pyramid of the sun was built over a man-made tunnel leading to a “cave” which is located six meters down towards the center of the structure. Archaeologists found a cloverleaf-shaped set of chambers deep inside the pyramid that were believed to be a home of many fire and water rituals. 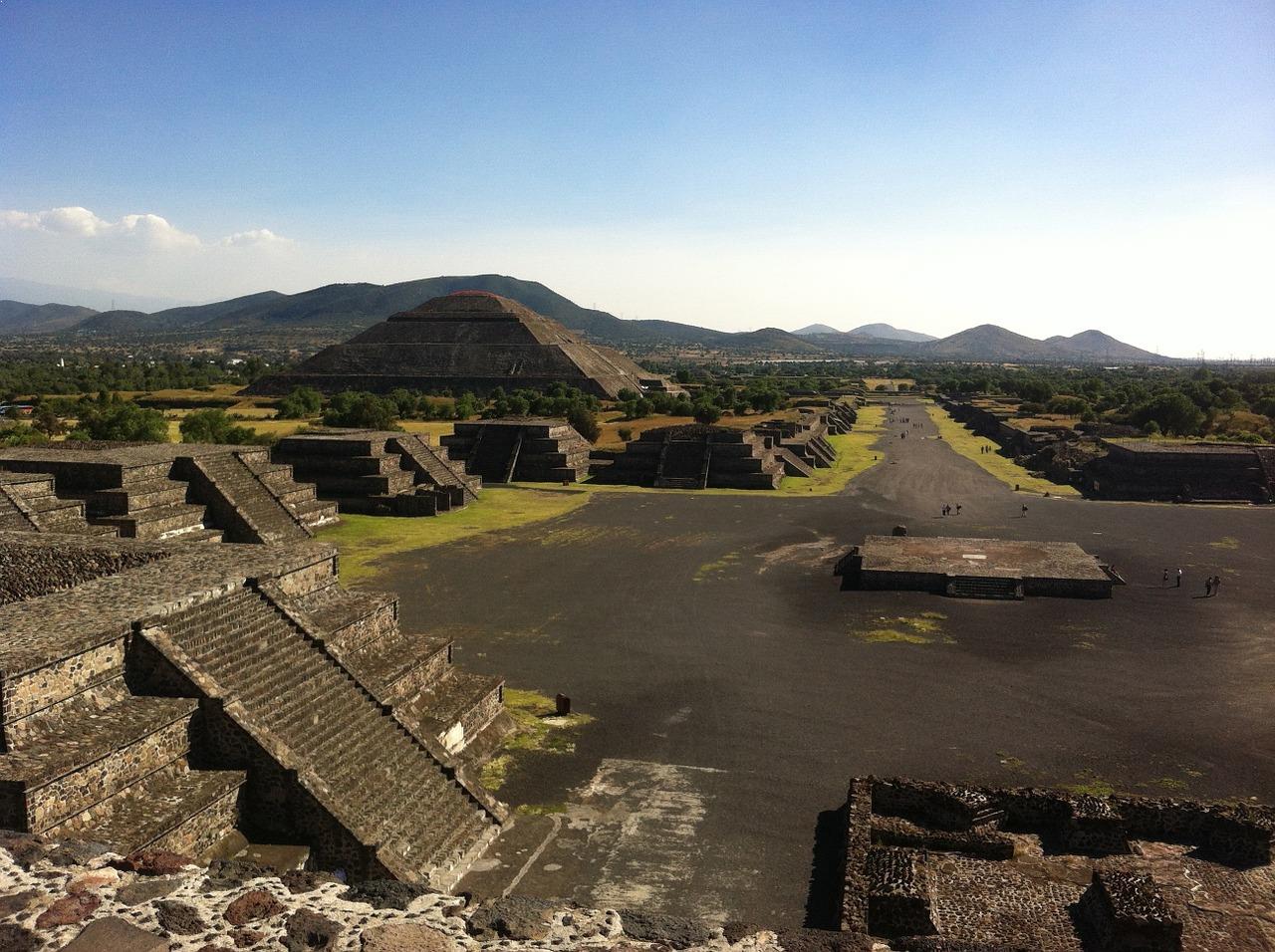 Nohoch Mul pyramid is the main archaeological structure at Coba. Archaeologists believe that Coba was one of the most important ruin sites on the Yucatan Peninsula. Nohoch Mul, which means “great mound,” is the tallest Mayan pyramid on the Yucatan Peninsula and the second tallest Mayan pyramid in the world with 42 metres height where visitors have to climb 120 steps for panoramic views of the entire site. The pyramid has seven levels with rounded corners, similar to the architectural style of Chichen Itza and Uxmal. 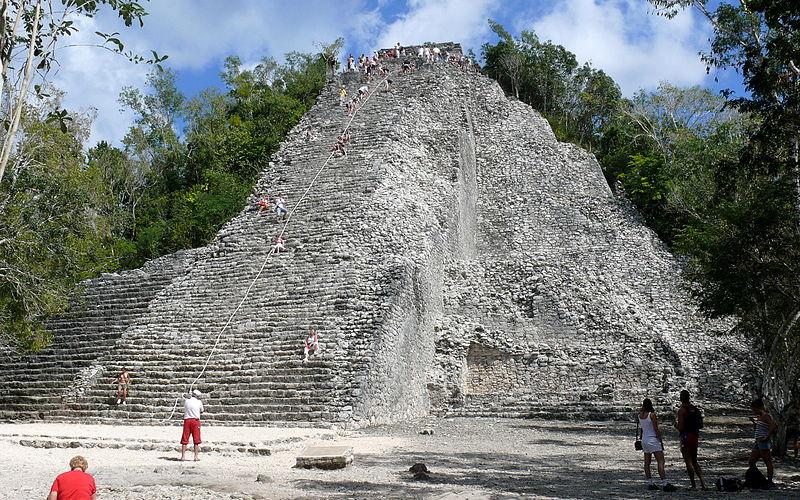 6. The Great Pyramid of Cholula

The great pyramid of Cholula is a huge complex located in Cholula, Mexico. It is the largest archaeological site of pyramid temple in the New World, as well as the largest pyramid known to exist in the world today. The pyramid stands at 55 metres above the plain ground level. The name Cholula has been taken from the ancient word cholollan, which means “place of refuge”. The pyramid consists of six superimposed structures with staircases forming their way. The architectural style of the building was linked closely to that of Teotihuacan in the Valley of Mexico which represents ancient Maya ruins. Also, read about incredible facts about the Mayans that might surprise you. 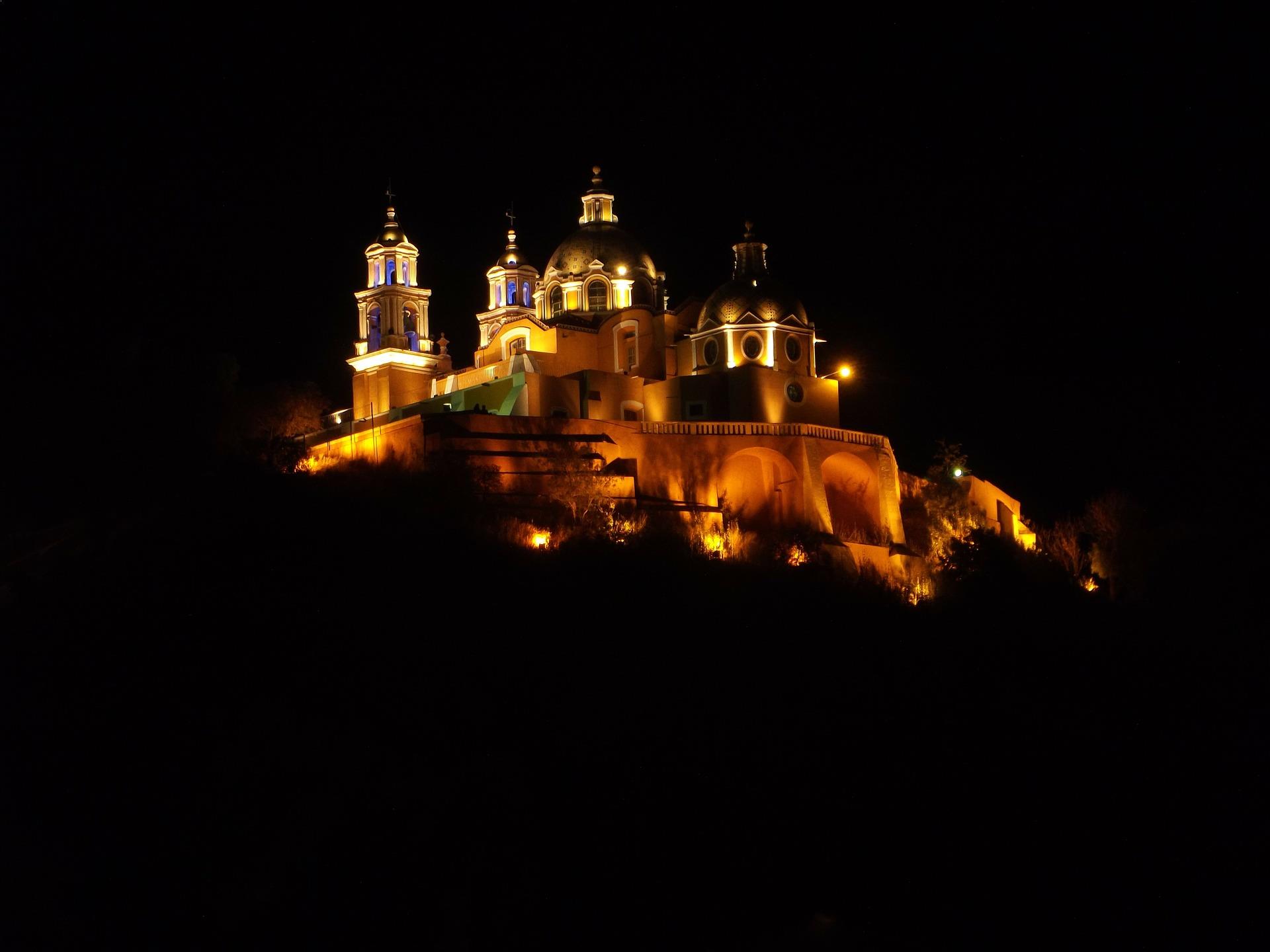 One of the most beautiful Ancient Mayan Temples, El Castillo is also called as the Temple of Kulukan. El Castillo is a Mesoamerican pyramid within the center of the Chichen Itza. The structure is twenty-four metre high, with an extra six metre for the temple. The pyramid consists of a series of square terraces with stairways on each of the four sides resulting in the temple on high. Each of the pyramid’s four sides has ninety-one steps. It is managed by the National Institute of Anthropology and History. “El Castillo” is one of the foremost recognized and widely visited pre-Columbian structures in the North American country. But, El Castillo was restricted to public access in 2006, because of a woman who fell to her death at this place. Also, read about best places to visit in Mexico. 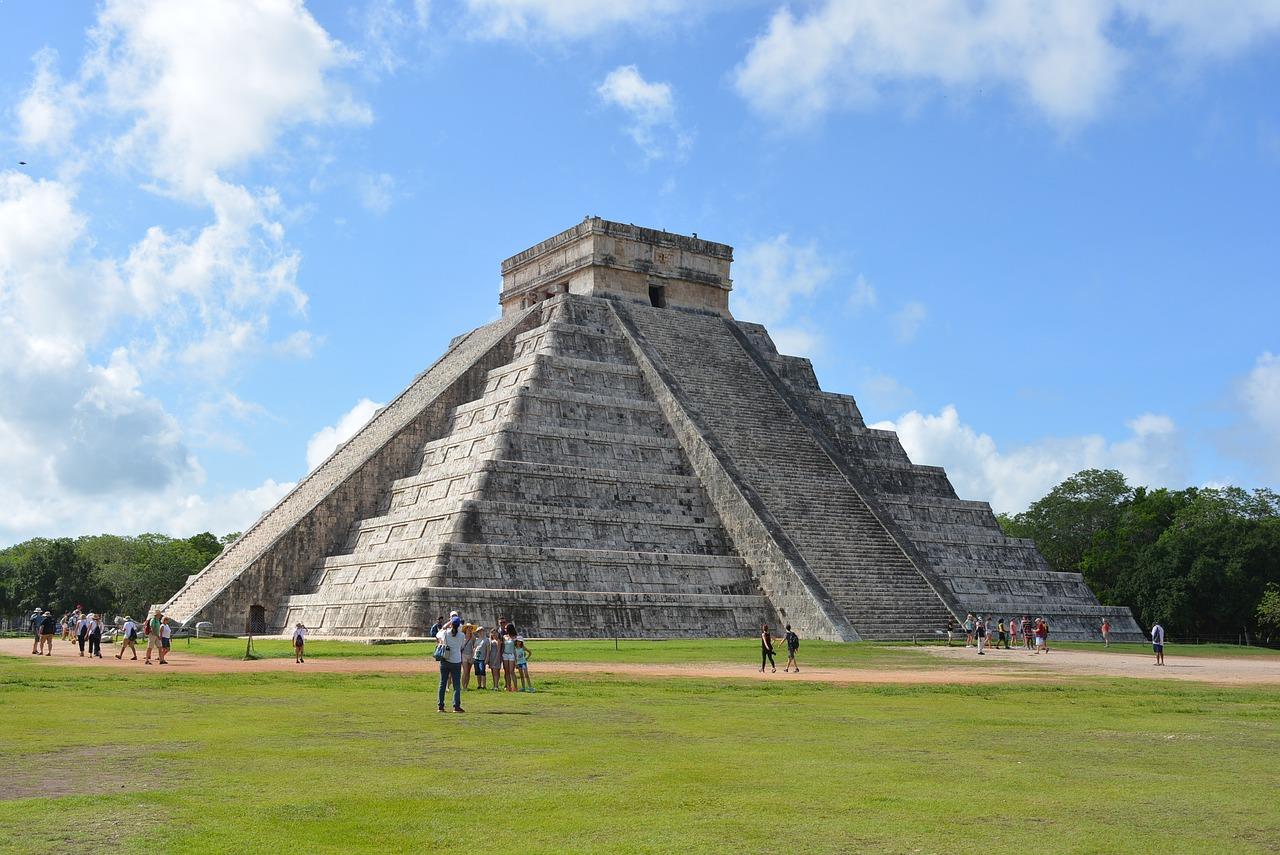 These are the amazing pyramids in Mexico. Do post your comments.