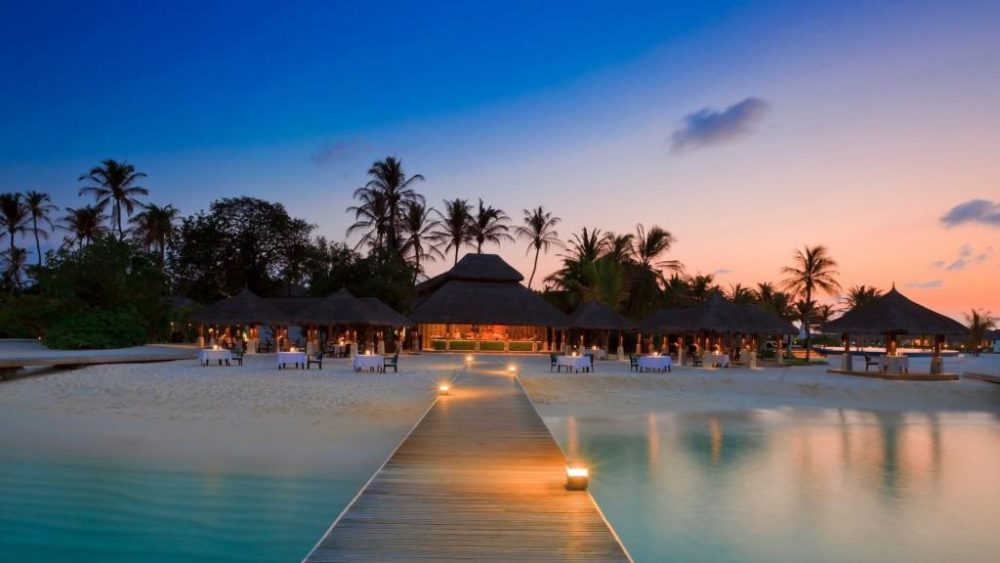 Most of us are mere landlubbers, but we can’t escape the fact that we are innately drawn to the sea. We love beaches bathed in glorious sunshine, and for most people, crystal clear turquoise waters are the epitome of paradise.

With travel today so much easier and less costly, the world really is our oyster, and tropical island getaways have naturally become increasingly popular with vacationers.

Here we take a look at 5 Island getaways on five different continents.

Madeira is a Portuguese overseas territory and comprises 4 islands, which sit just over 280 miles off the African coast. Its name is derived from the Portuguese word for wood, about the timber which grew on the island. Madeira is renowned for its magnificent natural beauty and sub-tropical climate.

The main island of Madeira isn’t a beach resort destination as such, as its shoreline is mostly made up of majestic cliffs. But would-be travelers shouldn’t let that discourage them from visiting because the island is simply stunning. And if you really must lay on a beach on your vacation then on the nearby island of Porto Santo – 2 hours away by ferry – you will find a wonderful 6-mile stretch of golden sand.

Sight-seeing in Madeira is an unforgettable experience. One popular attraction is the Pico do Arieiro, the 3rd highest mountain peak, which can be accessed by car. Tourists can also take a bus to the peak, where you are literally above the clouds with a view that is out of this world. There are also many villages in this region ready to explore. One such village to visit is Cabo Girão. Here you will find a skywalk some 580m above sea level perched over the edge of a cliff.

The Funchal Cathedral in Madeira’s capital is a gothic style church dating to the late 15th Century. It boasts amazing works of art and is one of the few buildings in Madeira to have survived since the time of colonization. The charming Old Town is also worth exploring, and guides are readily available.

The food in Madeira is obviously very Portuguese and absolutely delectable, especially if you are a fish lover. The islands have many local dining options with restaurants also catering to tourists. Our advice is to stick with the traditional Portuguese dining options. If you are not a fish eater, then try the Espetada Madeirense (cubed beef on skewers), Prego (steak sandwich), or Sopa de Trigo (wheat soup with vegetables), all prepared with the freshest ingredients.

There are ample accommodation options in Madeira spread around the island, and prices are generally very reasonable. 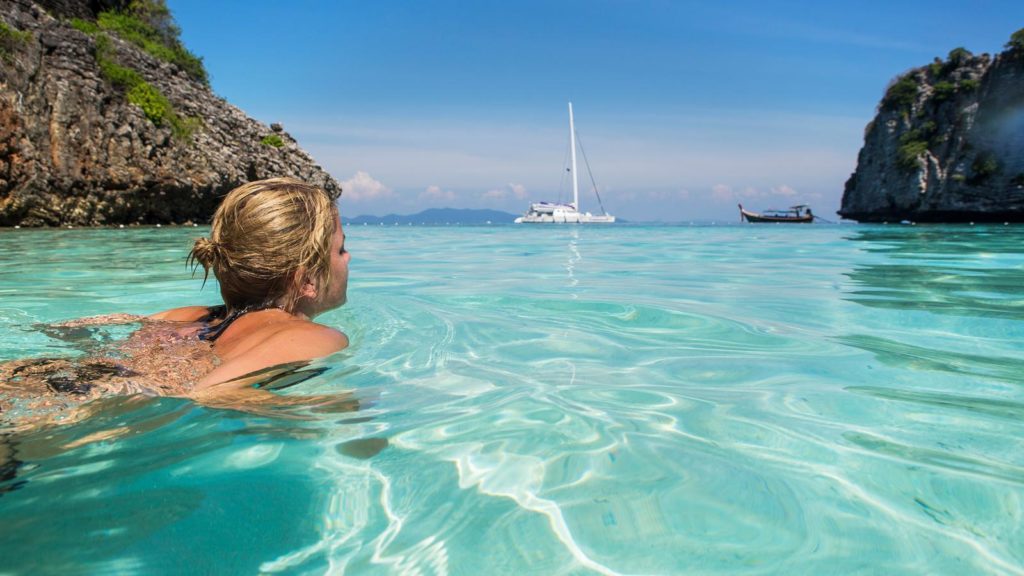 Phuket is an island in the southern part of Thailand located in the Andaman Sea. Often referred to as The Pearl of the Andaman, it has seen a dramatic increase in tourism in recent years.

What makes Phuket so popular is that it really does have something for everyone, from the vibrant nightlife to isolated seclusion in idyllic surroundings. The island has over 30 stunning beaches, so there are plenty of options to choose from, each one different in its own way.

For those seeking stunning beaches which also want a vibrant and raucous nightlife, then Patong is the place to be. Its infamous Bangla Road comes alive as the sun sets, and an evening out here is one you’ll never forget.

Both to the north and south of Patong, you’ll find smaller and quieter resort towns, with their attractions and stunning scenery. Most of the beaches offer water sports, and scuba diving and deep-sea fishing tours can also be arranged. Thai restaurants serving traditional local dishes are everywhere, but you will also find delicious cuisine from every part of the world.

It is easy to see what attracts so many vacationers to the island. There are 4 yachting marinas, 6 world-class golf courses, 2 water parks, and one of the largest Buddha statues in all of Thailand, perched atop the mountains and looking down at Chalong Bay, and across towards Phi Phi Island over 27 miles away.

For accommodation, there is something in Phuket to suit every budget. Private pool villa holidays are also becoming very popular on the island, especially for groups seeking a certain level of privacy and seclusion. You can view some of these villas on offer by Thai Residential. 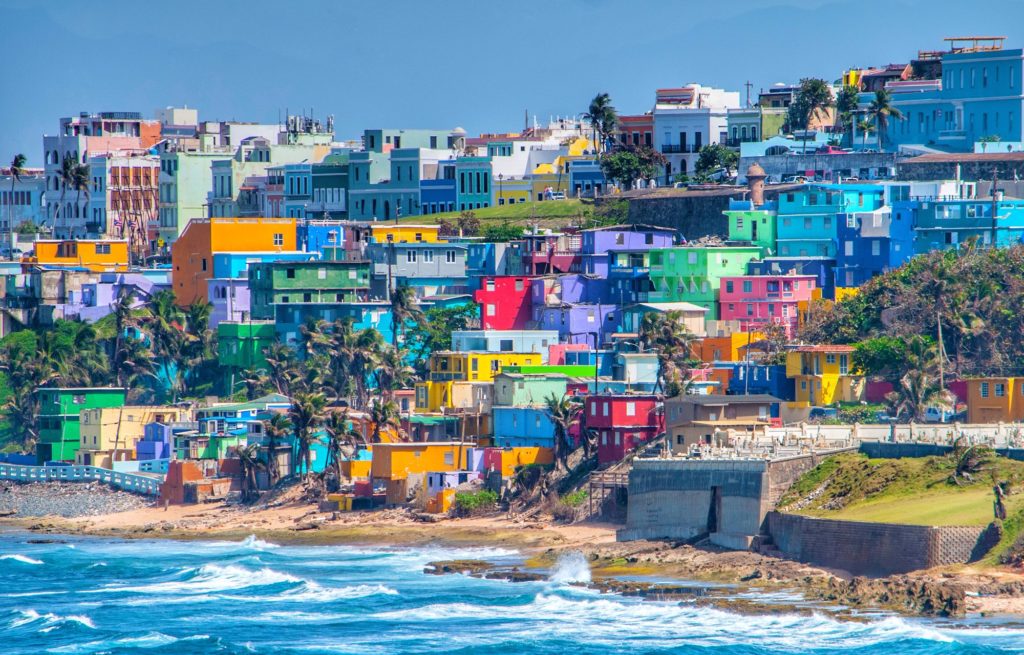 With Spanish and American influences, Puerto Rico is a self-governing tropical island in the Caribbean Sea, lodged between the Dominican Republic and the US and the British Virgin Islands. With fabulous beaches, golf courses, museums, and nightlife, it has everything that you could require for a perfect island getaway.

The capital, San Juan, was established in 1509, and as Puerto Rico is a United States Territory, it technically holds the title of the oldest city in the US (ahead of Saint Augustine, FL, which was founded in 1565).

As one of Spain’s most significant outposts in the Caribbean, it is steeped in history. The old town is paved with cobbled bluestone, and there is plenty to do and see. There are old forts, museums, and residences, and despite the numerous shops and restaurants, San Juan has still managed to retain its original charm.

There are city and island tours available, as well as kayaking and private catamaran excursions. For the somewhat more adventurous, there are also a number of caves waiting to be explored.

With over 300 miles of coastline, it’s not surprising that Puerto Rico has some stunning white-sand beaches. And the crystal-clear water is perfect for snorkeling and water sports.

Puerto Rican cuisine can be traced back to the indigenous “Amerindians” with obvious additional influences from the Spanish kitchen. Rellenos de Papa (potatoes stuffed with ground beef and fried) and Arroz Con Gandules (a rice-based dish using fresh ingredients and packed with flavor) are just two of Puerto Rico’s many food offerings.

As it is the second most popular vacation destination for Americans, you can expect to find a myriad of accommodation opportunities on the island. The island is obviously rebuilding from Hurricanes Irma and Maria, which struck 2 weeks apart in 2017. But the importance of tourism means the resort areas have been given special attention, and are ready and eager to welcome people to the island. 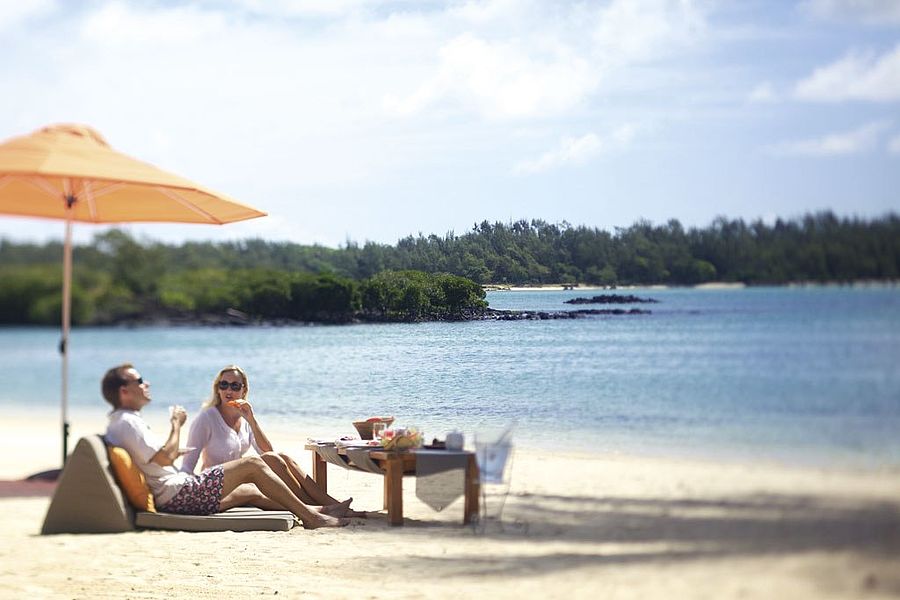 Mauritius is an island around 1,200 miles off the African coast in the Indian Ocean. While considered part of Africa, its peoples and culture resemble more their Asian neighbors to the northeast. First visited by the Portuguese, before being colonized by (in order) by the Dutch, the French and the British, Mauritius has a very colorful history.

Because of its isolation, the island has a unique diversity of foliage and fauna. The interior mountain area has rivers, waterfalls, and rainforests, and hikers may get a glimpse of the island’s flying fox, a rather large fruit bat that dwells in the forests. Mauritius was also the home of the fabled Dodo, the flightless bird which was hunted to extinction by the first settlers.

This fantastic tropical island is a paradise destination with palm-fringed white sandy beaches and warm, clear blue water, which is perfect for snorkeling. Some of the busier resorts here offer glass-bottomed boat tours and water skiing.

Underwater volcanic eruptions formed the island, and deep water can be found not far from the shoreline as the island drops down into the continental shelf. Deep-sea fishing enthusiasts can head out into the open ocean, and large game fish are still frequently caught.

If you aren’t interested in catching fish, but you would like to get up close and personal with some of the marine life, one of the more memorable experiences for tourists is going for a swim with the dolphins.

The capital is Port Louis and is famous for its bazaar, where you can spend hours bargain hunting or look for that perfect souvenir. Mauritius even has a racecourse, Le Champ de Mars, which a great day out for fans of horse racing.

The gastronomic delights of Mauritius are a blend of its many past inhabitants. There are obviously lots (and lots) of seafood, and the unique flavors are very Indian, with some Chinese and even Dutch and French influences.

One of the local delicacies is curried spiced fish vintage served with rice. Meals are often accompanied by spicy Mazavaroo, a form of chili paste of Mauritian origin, which is a perfect complement to every dish. If you have a more delicate palate, you need not worry, as there are many international restaurants to choose from. 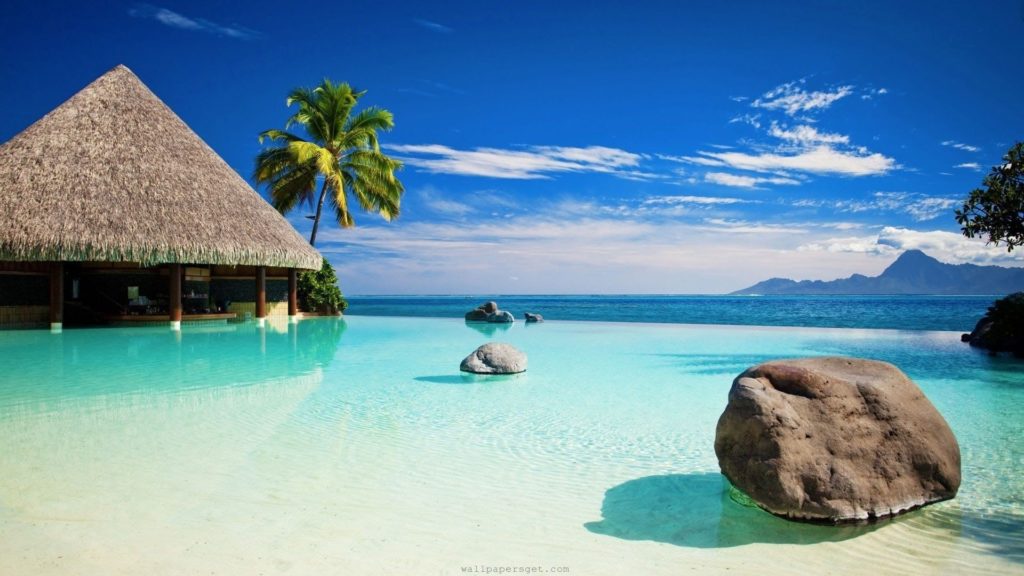 The largest of the 118 islands which make up French Polynesia, and the only island with an international airport, Tahiti, is a popular landing spot for tourists visiting the rest of the region. It almost appears to be two islands, but a thin strip of land joins the circular mass of land sitting on its southwest side.

Papeete is the capital of Tahiti and offers plenty of museums, souvenir shops, and boutiques. The dockside area comes to life at night with music and dancing. Food trucks line the enticing promenade visitors with their amazing local cuisine, while bars and nightclubs are there to entertain all visiting night owls. The city market also offers visitors the chance to pick up souvenirs or just browse around many shops and stalls.

There’s a huge range of restaurants on the island, and local delights are a fusion of Polynesian and French. After being wrapped in banana leaves, much of the cuisine is cooked in the traditional underground oven lined with volcanic rock, called an Mahima’s.

A couple of popular local delicacies are Kato (biscuits made with coconut milk) and Poisson Cru, which is the National dish. This is marinated fish served with coconut cream and limes.

Tahiti’s interior is completely unspoiled, with most of the population of the island living closer to the shoreline. An aerial view of the island shows a network of valleys, rivers, and streams, and the forest is teeming with birdlife.

But when it comes to wildlife, perhaps the surrounding seas are where most of it can be found. Turtles, a number of species of sharks, and huge manta rays are commonly seen in the waters around Tahiti, and the immense coral reefs are home to reef sharks and many tropical fish species.

When talking about French Polynesia, it wouldn’t do to leave out the second best-known island in the archipelago, Bora Bora. Popular with honeymooners, the island is a tropical paradise in the extreme. Popular activities on the island include scuba diving, dolphin and whale watching, and just doing nothing.

Unfortunately, there’s no ferry to take you to Bora Bora from Tahiti, but it’s only a 51-minute flight from Papeete. In fact, the whole of French Polynesia stretches over an area of around 1,200 miles, so flying to see the entire region is the only realistic solution. There are a number of daily flights between the Islands, so transportation is not an issue.

Surprisingly for such a far-flung destination, there is a real range of accommodation options – from high-value pensions and locally-owned guesthouses to luxury hotels on stilts that sit on the warm azure waters in secluded bays.