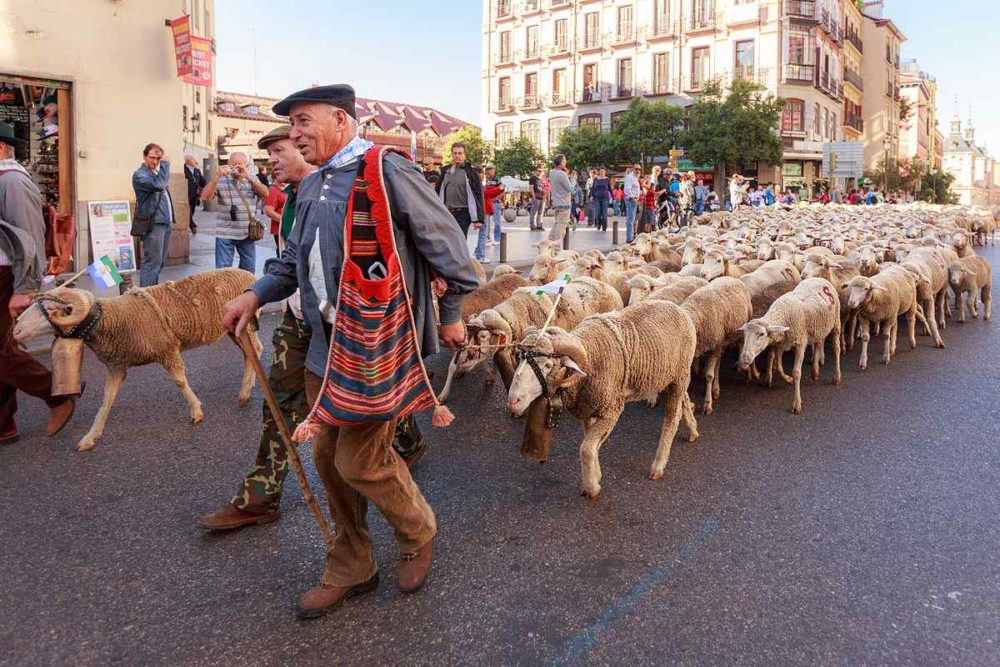 Kukur Tihar is one of the biggest festivals celebrated in Nepal. It is celebrated for five days and usually happens in late fall. The first day of the festival worship crows as “the messengers of death.” The second day, Dogs are worship and the third its the cows who were celebrated for their greatness, then on the 4th day, oxen are celebrated and the last day was bit different where sisters place red dots known as Tika on brothers forehead as a blessing from their side.

Dogs that are in public service along with the street dogs worshipped on this day. People offer garlands known as “Maala” in Nepali in order to give honor in order to essence in human lives. “Kukur” is a Nepali word known as “Dog”.

This is the Spanish Festival celebrated in the country capital Madrid and also known as Fiesta de la Trashumancia. It looks really beautiful where thousands of sheep walk through Madrid and all men and women also walk in traditional outfits.

This is one of the most beautiful festivals celebrated for monkeys in Lopburi, Thailand. During this festival, residents in the country offer four and a half tons of fruits, vegetables, and candies to all the monkeys living around the ancient temple of Phra Prang Sam Yot. According to the historians, the Lopburi’s monkey species traces believed to have existed since the Ramayana, an ancient Sanskrit story. If you read the tale, one of the heroic monkeys with human abilities rescues a bride-to-be from a ten-headed demon.

Later, the monkey is believed to have founded Lopburi and the residents believe that the current monkey neighbors are the direct descendants of the same bloodline. Now, there are around 3,000 monkeys that live in the same area with the humans and locals regard the monkeys as cellphone-snatching nuisances, however, the mischief is good for everyone because they provide a major source of tourism in the area.