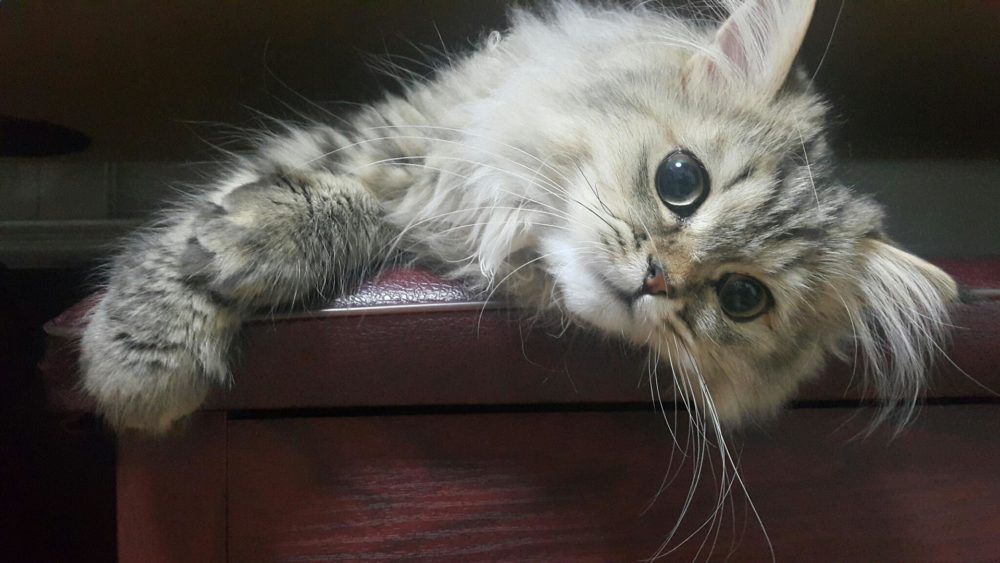 Cats are one of the most commonly found and loving pets in the world and have over time made a place in everyone’s heart. Choosing a cat is a very important step as the temperament, grooming needs and physical activity required is different for all breeds. Some cats are most popular for their distinctive looks and here is a list of the 10 most beautiful cat breeds in the world.

Beautiful Cat Breeds In The World

This majestic cat is one of the oldest and most popular and cutest animals in the world. Over time it has been bred for specific coat colour and now has more than eighty different shades of hair. The cat is very social and gets along well with family members and other pets. Because of their calm temperament, they also make good household pets and are very comfortable indoors. They have several eye colours and sharp facial features giving it an attentive and poised look. Siamese cats have been known for a long time as perfect pets. They are very social and affectionate towards the family. They can effectively communicate with owners using a wide variety of sounds and require constant company so leaving them alone in the house is not a good idea. The kittens are born with pure cream coloured fur and as they mature they acquire colours on the tips of their ears and around the face. They have various coat colours like ivory, white and chocolate brown. The almond-shaped eyes and lean muscular body makes the cat one of the most beautiful cat breeds in the world. This cat is extremely affectionate and is also the largest domesticated cat breed in the world. A full grown male can weigh up to 11 kilograms while females weigh about 5 kilograms. This cuddly cat has a thick coat of fur which can be brown, red, black, white or silver in colour and gives it a fluffy appearance, making it a favourite with big cat lovers. The fur of this cat is water resistant and helps protect it from the cold since this cat originally resided in colder climates. From the domestic point of view, Maine Coon is the largest cat breed in the world. 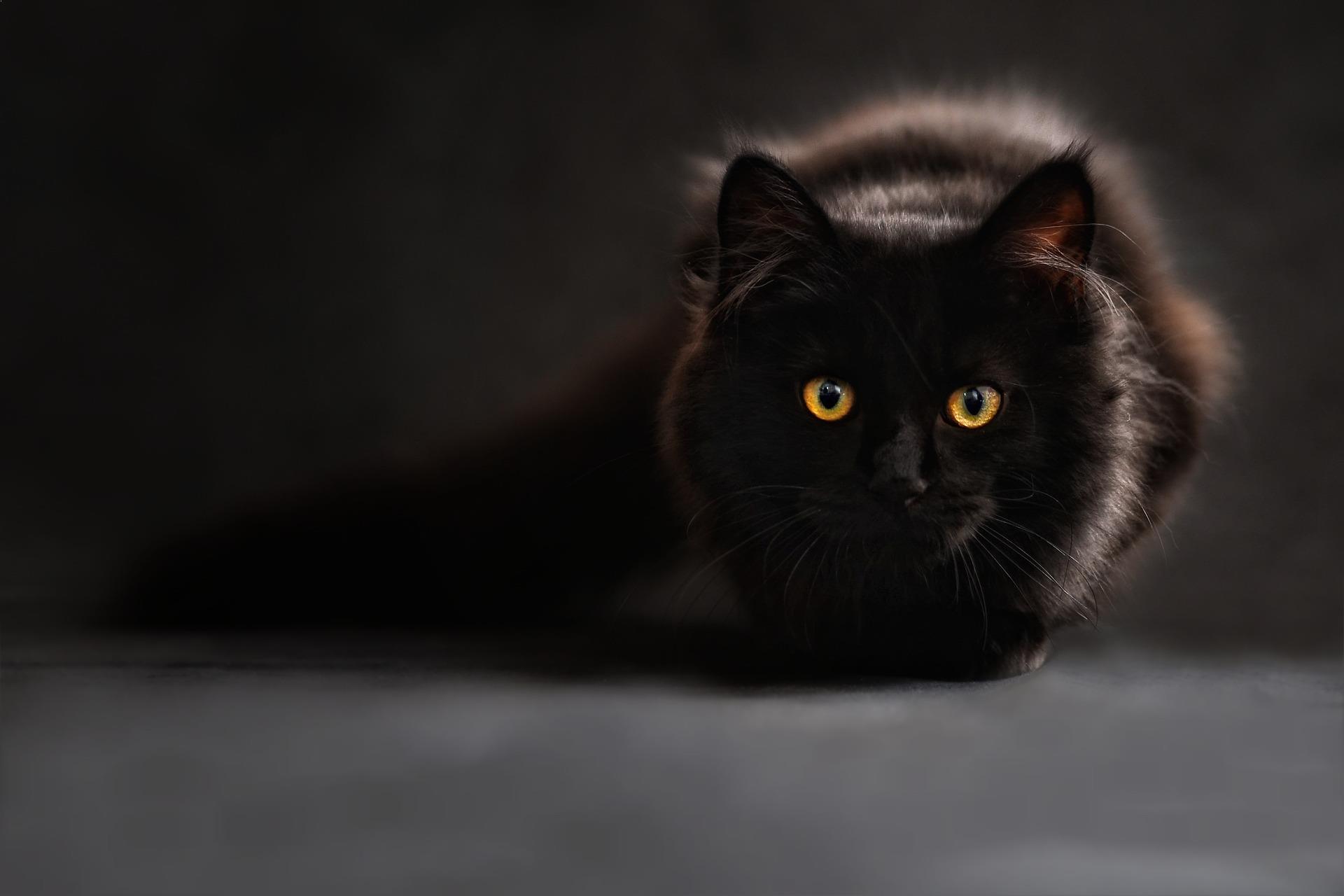 Ragdolls are named after their instant likability for strangers and since they collapse in the arms of anyone who holds them. They are extremely affectionate and follow around the owners lovingly. They have a medium length silky coat in a wide variety of colours ranging from red, cream and grey to dark brown and may even be bi-coloured. They are intelligent and very comfortable indoors since they do not require much outdoor activity. This is a large breed weighing up to 8 kilograms and has an average lifespan of 14 years. 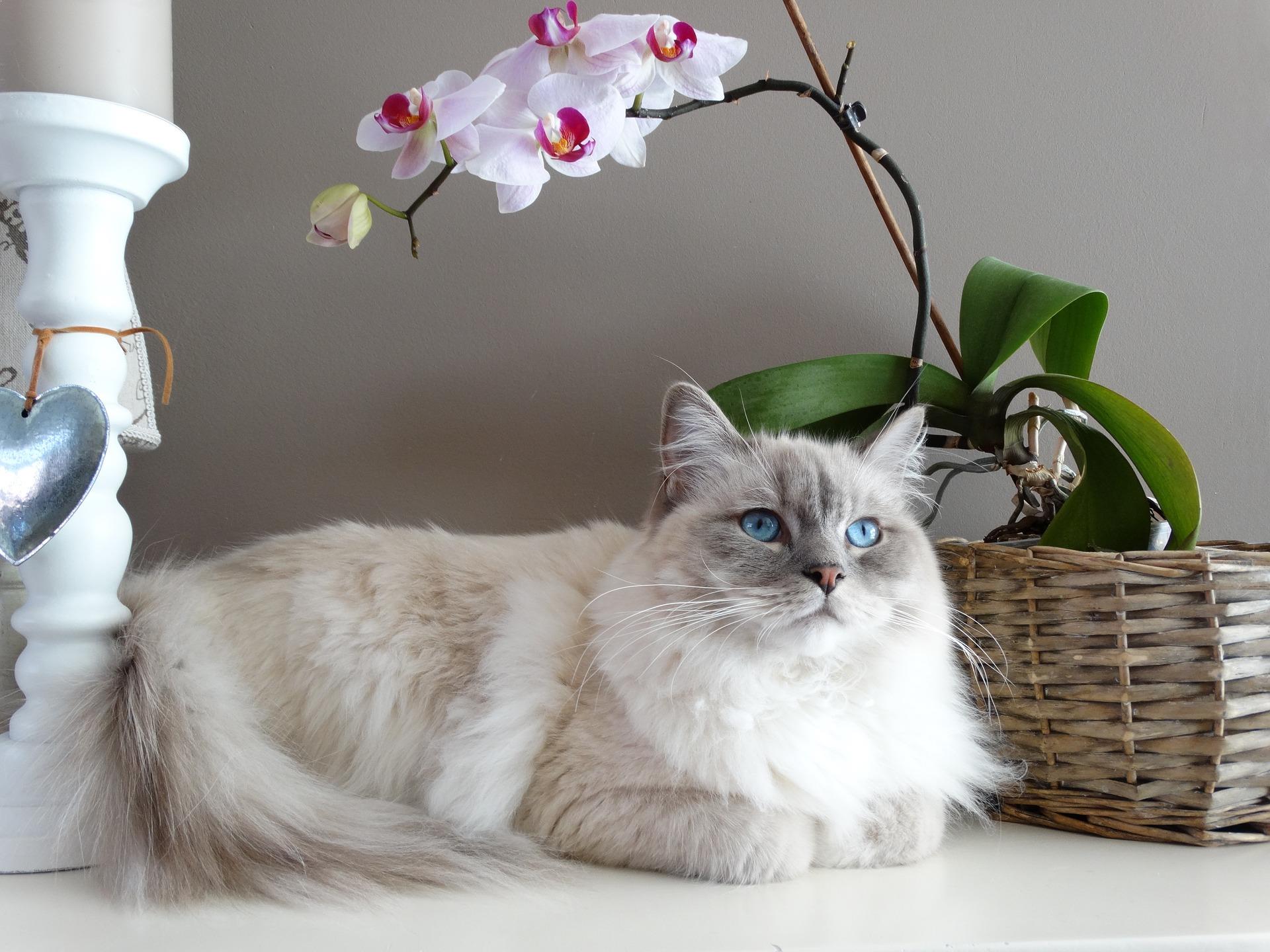 This peculiar looking cat has attracted many cat lovers because of its large eyes, round face, and ears that are slightly bent forward and downwards. The kittens are born with sharp straight ears but as they grow, the ears bend forward. There are long and short-haired varieties of Scottish Fold Cats and they also have a large number of coat colours including brown, bluish, red, lavender and white. They are very loving and playful with their owner and also fast learners. They are known to sit in the Buddha Position, balancing on their hind legs. 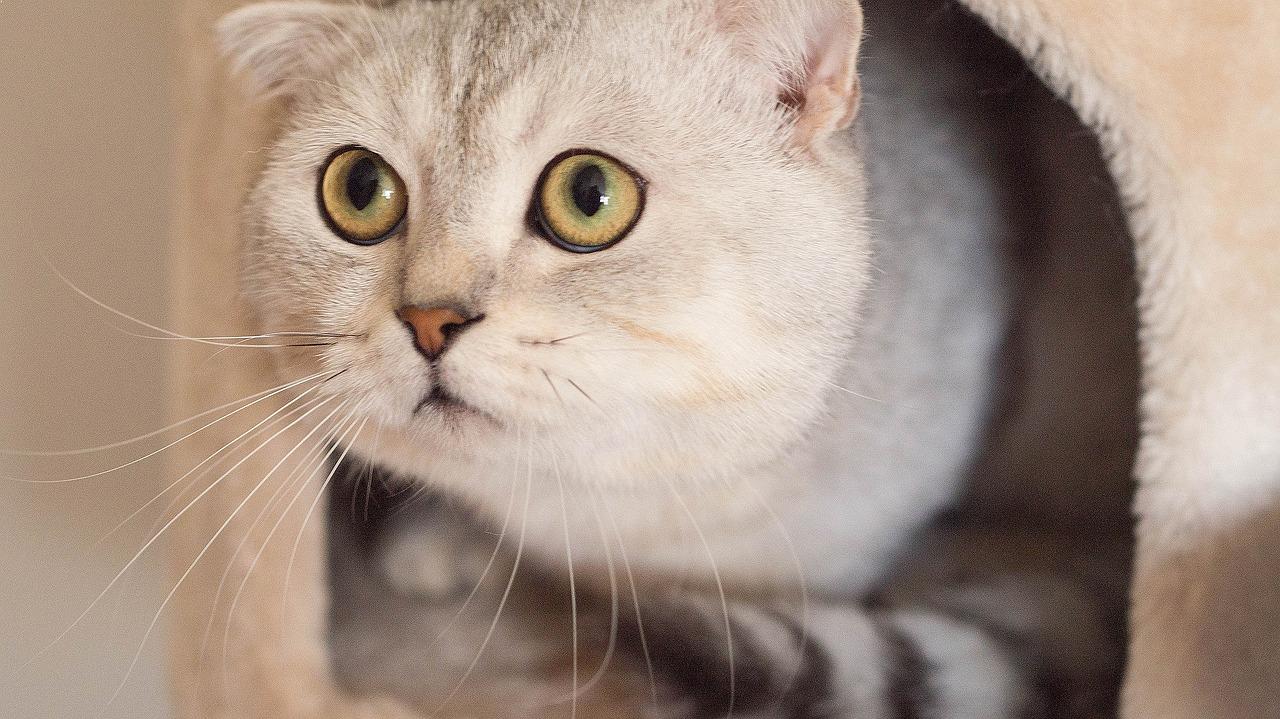 This is one of the newest breeds on the list and is still being developed. It was first bred in the United States and is a rare breed usually not found outside the country. The cat has a distinctive tiger like orange and black stripes that show a different pattern in all cats. They are loving and intelligent and can be easily trained. However, unlike house cats, they require physical activity and chase around small domestic animals. They are also very playful inside the house because of their active nature. 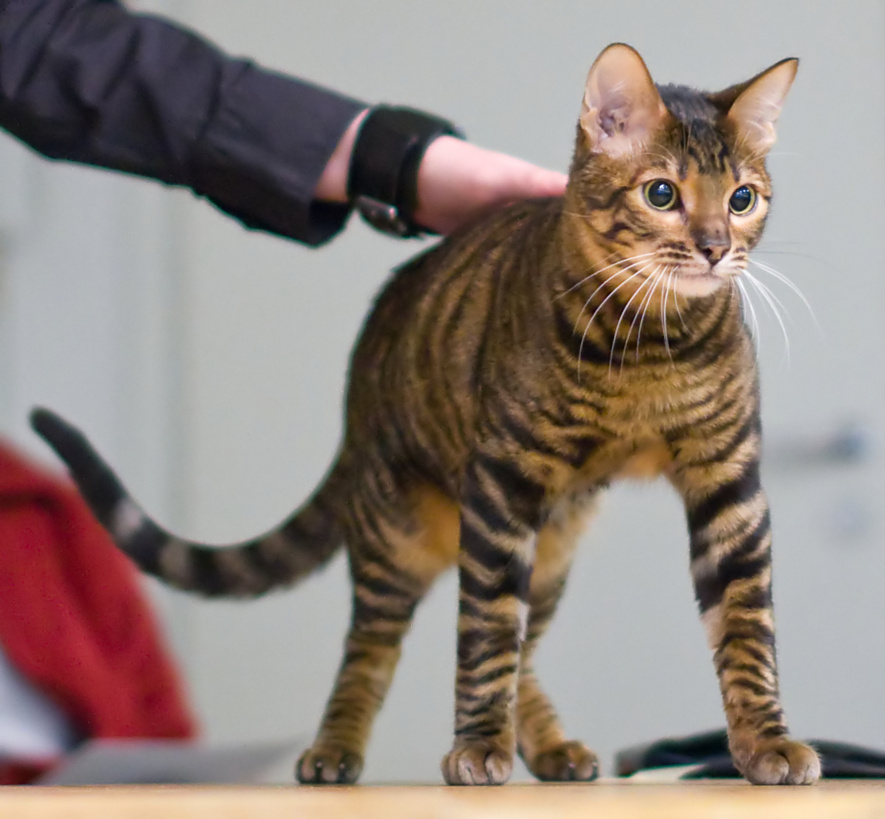 The Birman is one of the most beautiful cat breeds in the world because of its shiny long coat and striking blue eyes. It is also called the Sacred Cat of Burma because of the legend that the goddess of the temple blessed them with a golden coat and blue eyes after they helped a priest in need. This is a medium-sized breed that was brought to North America and Europe in the 20th century. The kittens are always white for the first two years after which different coloured markings start to appear on their ears, face, and body. The legs remain white throughout their life. 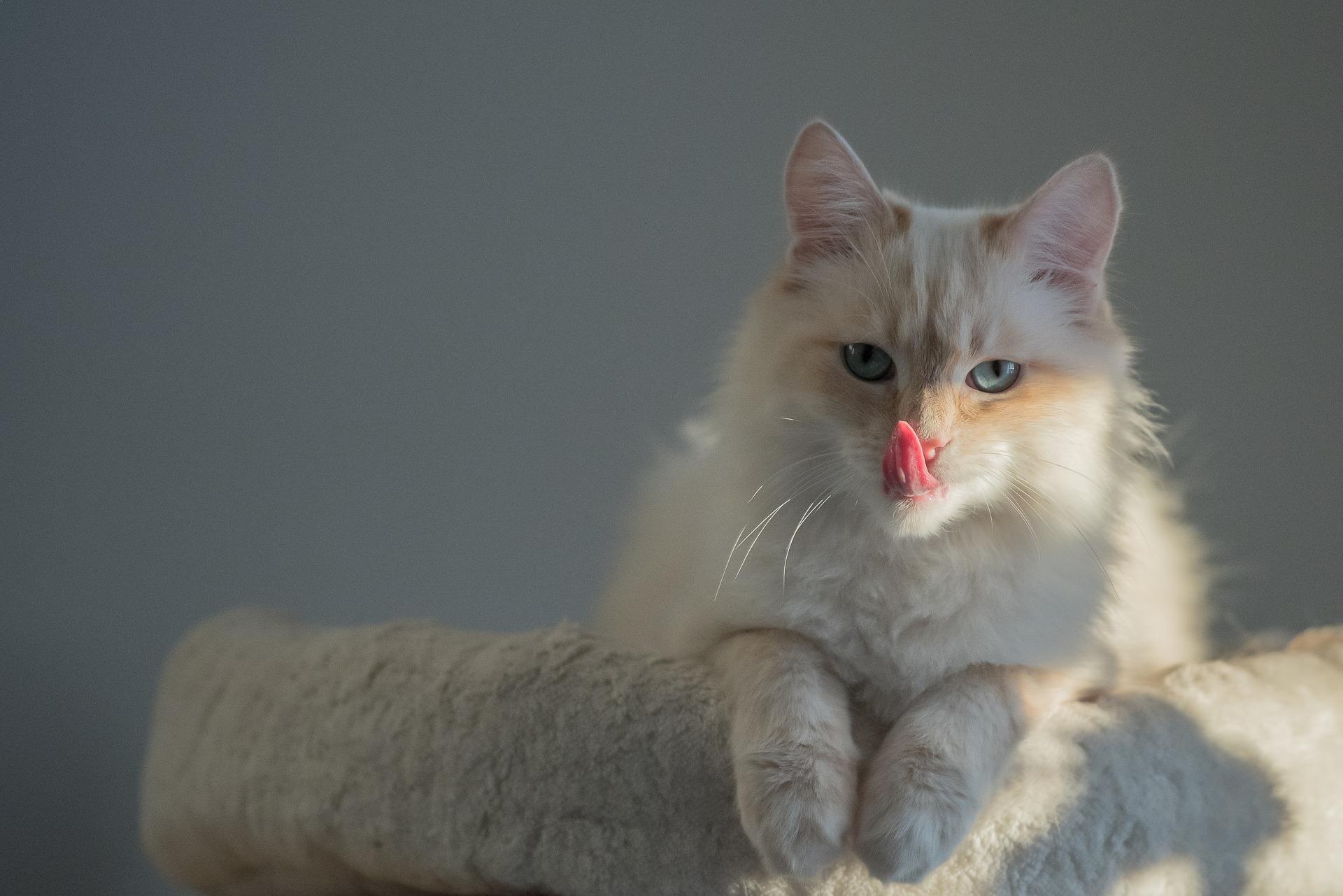 The Abyssinian cat is one of the oldest cat breeds in the world and shows features like the sacred cats revered by the Ancient Egyptians. It was discovered in Abyssinia (present-day Ethiopia) and today is one of the most sought-after and beautiful cat breeds in the world. They have sharp triangular ears with large attentive eyes. Their fur coat is short and has different shades of brown and cream on it. These cats are very intelligent and so can be easily trained. Moreover, they are also very active and playful. 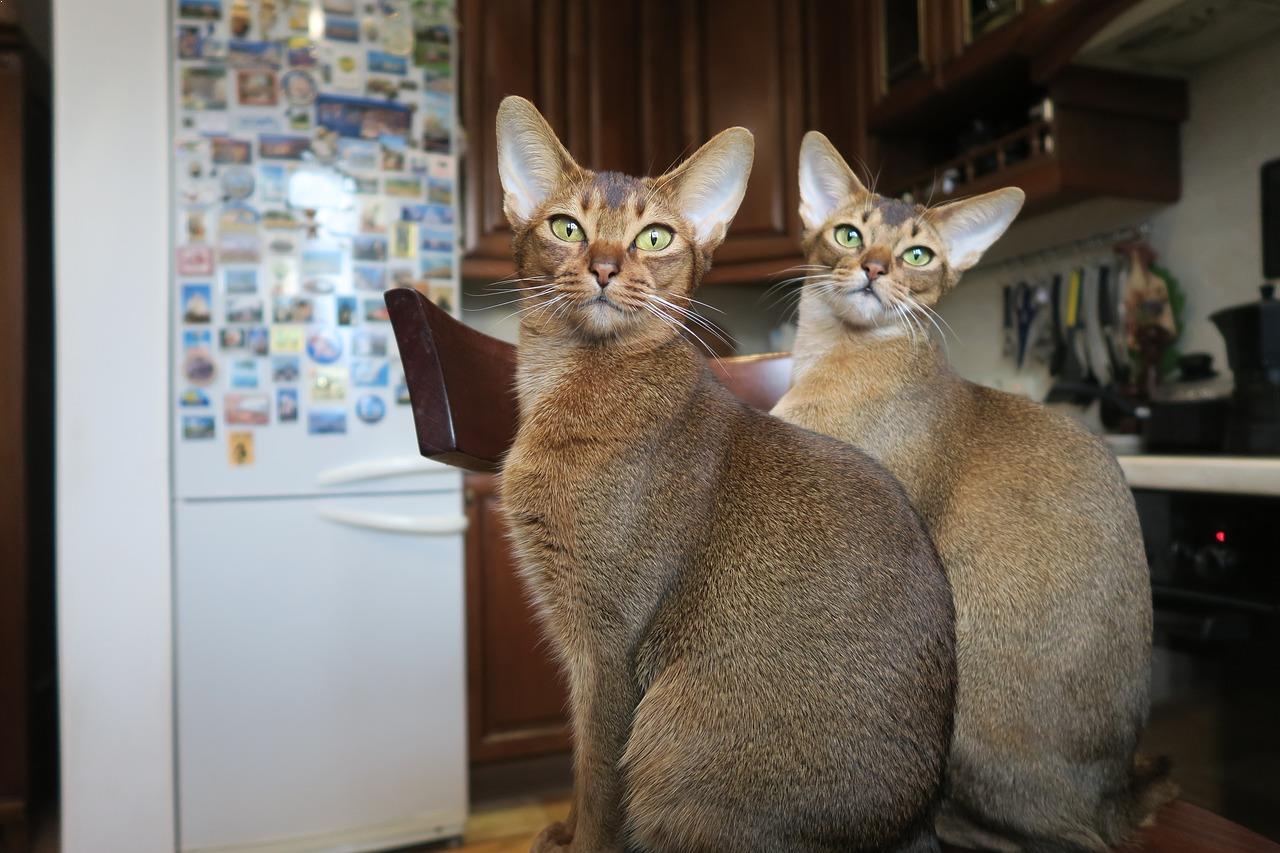 This cat breed is one of the oldest known cat breeds in the world and was imported from Egypt to Britain in the 1st century AD. Since then the breed has adapted well to the British climate with a thick short coat. It is a medium-sized breed with coats coming in grey, black, blue, white, cream, gold and silver colours. It has a very calm and affectionate temperament and is very loving towards family members. 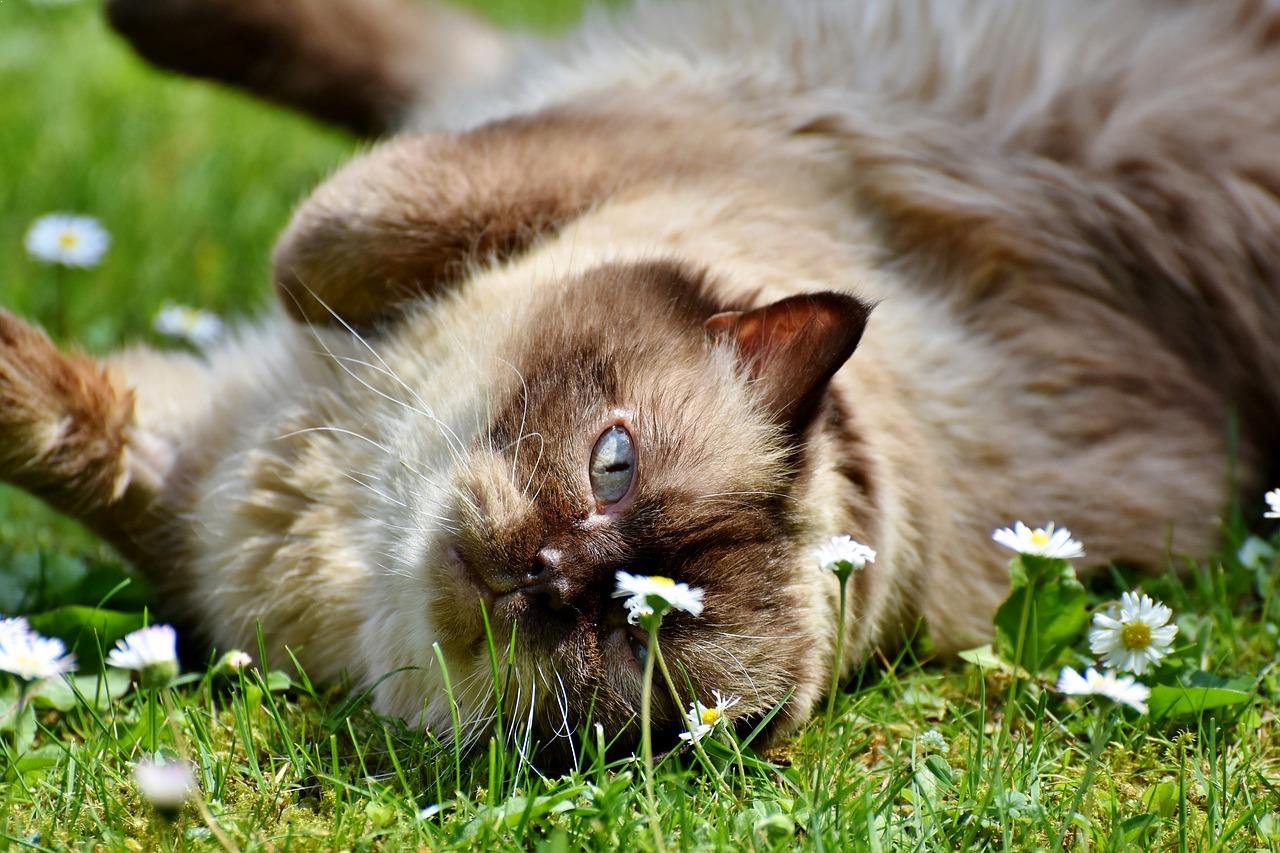 This cat breed, also known as the Persian Shorthair looks very similar to the Persian cat and was bred in the 1950s by crossing the Persian with various shorthair varieties. This pet is relatively easy to maintain because it has a shorter coat and does not require very frequent grooming. They have a very loving nature and are always up for playing with the people around them. They have a distinctive face and their coats have many different patterns and colours. They are small to medium in size and have become very popular pets. You should also know about an interesting fact about cats. 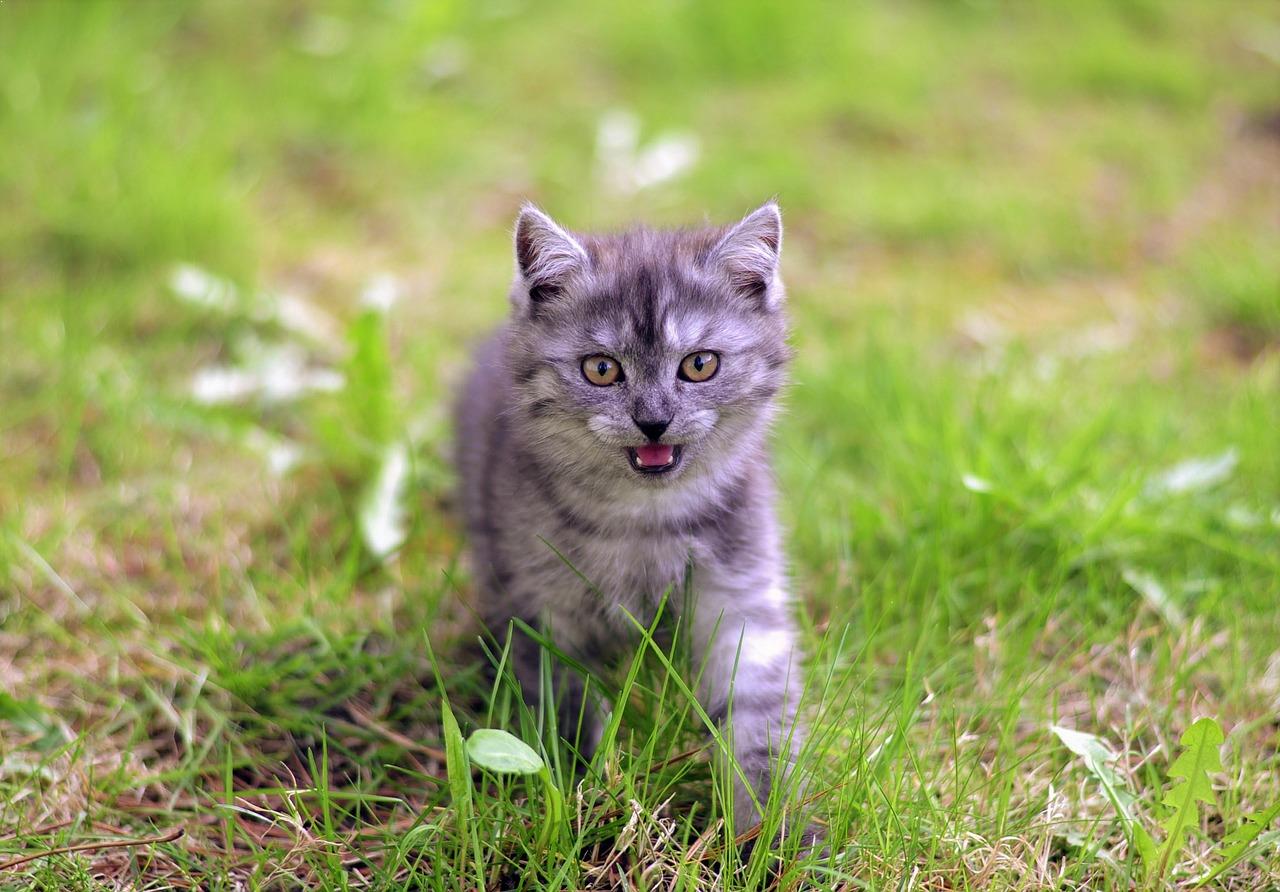 Be sure to look for these ten breeds the next time you decide to get a cat. These beautiful and friendliest animal are a pleasure to be around and they will cheer up your mood no matter how bad the day has been.