Here is a major step towards clean energy, France has launched world’s first solar panel road in Normandy village. After Norway banned deforestation, this is one of the major steps towards conserving nature and moving towards clean energy. The village is based in Tourouvre-au-Perche and road length is about 1 kilometre which is equipped with 2,800 sq. m of electricity-generating panels. 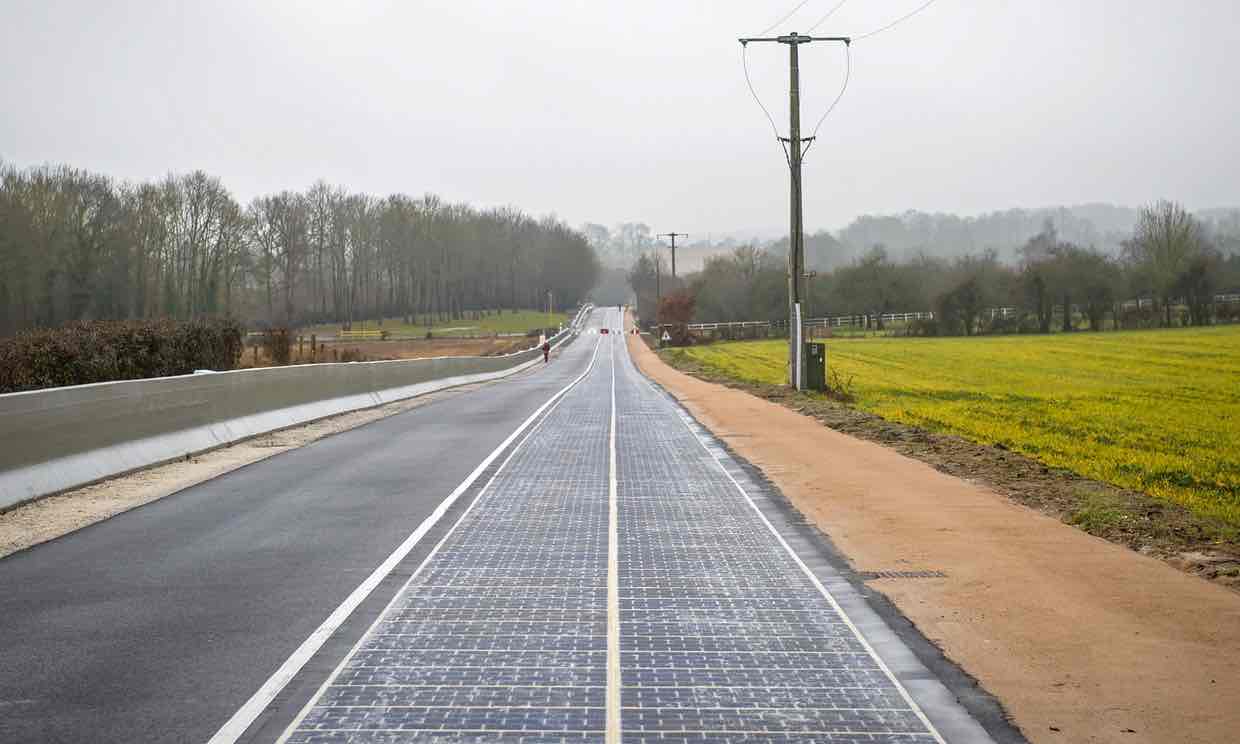 It was inaugurated by France ecological minister Ségolène Royal on Thursday. The government has spent about €5m to construct and it has been estimated it will be used by about 2,000 motorists in a day. As per Government officials, it will generate enough energy to light up streets in a village with a population of about 3,400 residents. Also, read about world’s first solar-powered train launched in Australia.

Jean-Louis BAL, president of renewable energy union SER, said in a statement, “We have to look at the cost, the production of electricity and its lifespan. For now, I don’t have the answers.”

The idea was taken back in 2014 when a solar-powered cycle path opened in the Netherlands. In spite of many issues and problems, it generated about 3,000kWh of energy, which is more than enough to power a middle-class family for a year. One of the primary factors of choosing Normandy to construct solar panels is due to sunlight profusion. Caen, its political capital receives 44 days of strong sunlight in a year as compared to 170 in Marseilles.

Royal has a vision of installing panels at every 1,000km of French highway. Also, panels installed on flat surfaces are less effective as compared to sloping areas such as roofs. Critics think that it is not a cost-effective solution, however, the step is good since the cost of building these are huge as compared to output which we are getting. Vice-president of Network for Energetic Transition (CLER), said in a statement, Marc Jedliczka, “It’s, without doubt, a technical advance, but in order to develop renewables there are other priorities than a gadget of which we are more certain that it’s very expensive than the fact it works.”

Solar panels are made up of fine sheets of silicon, making them withstand all traffic including HGVs. There will be chances of reducing the cost of producing Solar panels. However, as of now, there won’t be any changes in cost. It has about 100 other projects for building solar panel roads held off then are in France itself and half of them Abroad.

This is a welcome step from our opinion towards clean energy. All the other countries who are using coal as a primary source of energy should take a lesson from this step and must plan how to decrease their sustainability on carbon products if they are serious about preserving nature. The only drawback in this step is that the investment is very high and it is not possible for developing nations to invest such a huge amount on these projects. There are other steps that need to be planned that directly or indirectly moving towards clean energy with the small investment.