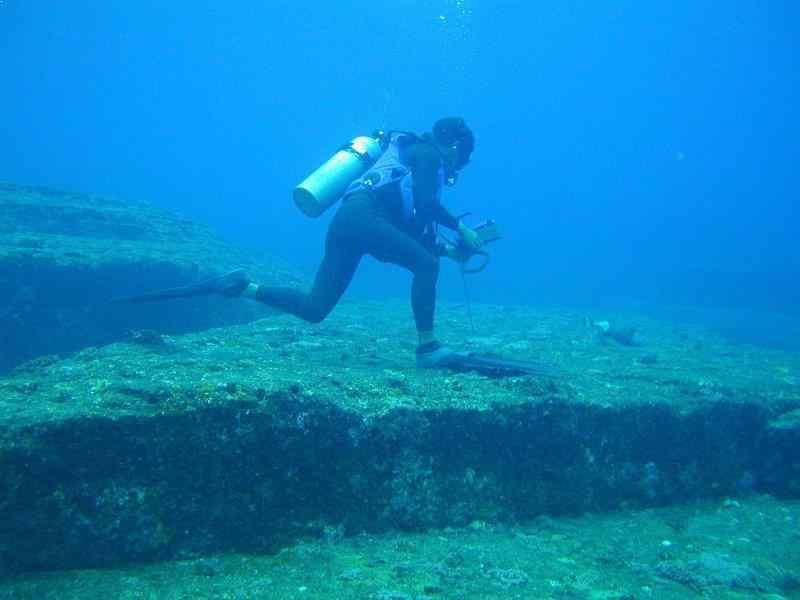 There are many ancient cities and civilization exists that are now submerged in water. There are many underwater cities that have a proper explanation in the history while many are unexplained and still a mystery to humans. Human history has also not seen these cities as they don’t have proper equipment’s and all to search these cities that are submerged in the water. Today we have the technologically advanced equipment, robots, submarines, and underwater cameras to view them and bring them back to life. So, here we are listing the 10 most mysterious underwater cities that you can go and explore it.

The city has a proper mention in the holy book of Hindus. The city was considered a myth until the National Institute of Ocean Technology found the ruins of the city in Gulf of Khamabhat. The Hindus believe that the city was built by Lord Krishna and have around 70,000 palaces in it. The Researchers has taken the wood from the site and have noted the carbon dating. According to carbon dating, it is known that the site dates to around 9,000 years old.

It is also believed that the Arabian Sea was 100m lower than its current level. One of the ancient cities of India is additionally known as mythological Dvaraka, a city that was created by Lord Krishna. It is believed that the kingdom was founded by Lord Krishna 5000 years ago and approximately 9 lakh palatial structures were constructed in silver and gold. The submerged Dwarka is one of the major tourist attractions in India. 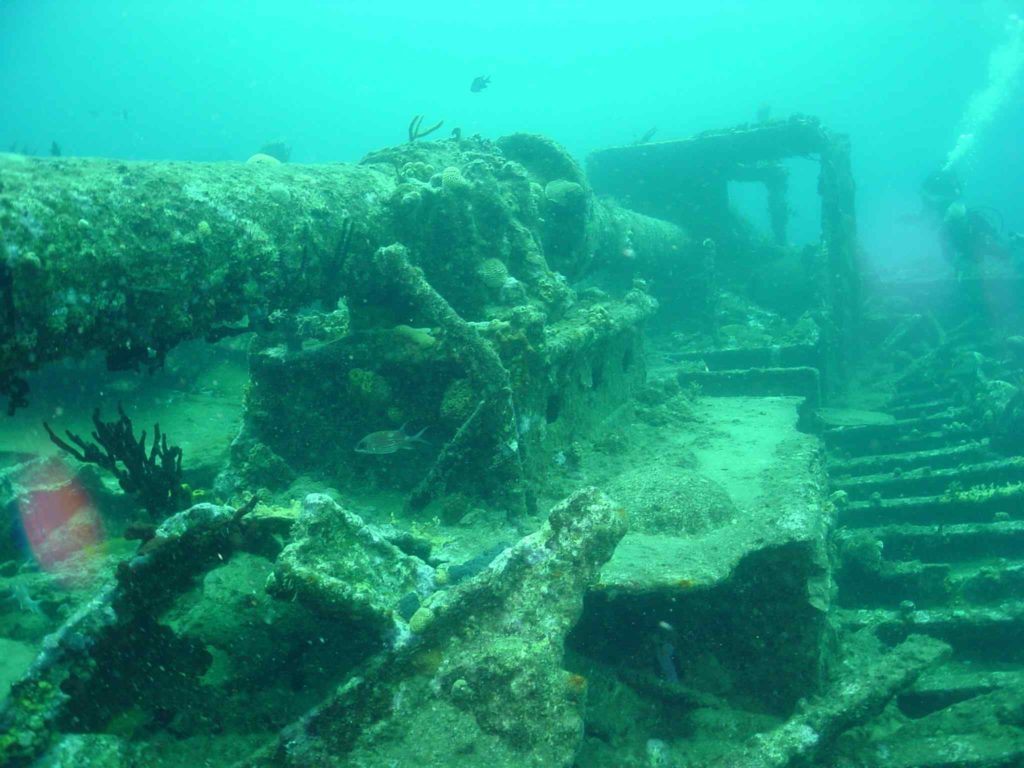 The city was considered to be 1,300 years old and known as the lion city. The whole city was flooded in 1959. The reason was the Chinese government was building a dam on the Xin’an River and created Qiandao Lake. Shi Cheng is considered to be fairly large cities which have 265 arches and also five towers surrounding it. It was built during the Eastern Hand Dynasty in 25-200 AD and hence it includes ancient structures and buildings that reflect the rich Chinese craftsmanship.

The city is one of the major centers for political and economic activities of the eastern Chinese province of Zhejiang. the bad news is that only trained divers are allowed to see the beautiful underwater city because diving routes are not fully mapped yet. TThe city includes 265 memorial arches, 5 gates, paved streets, several stone structures that belong to the Ming and Qing dynasties. 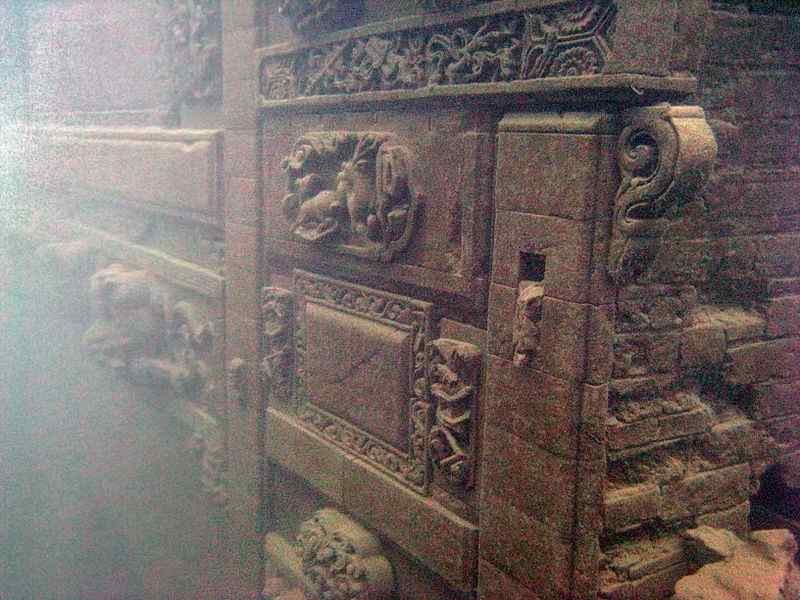 It is almost 4.m below the water. The Researchers found the city quite accidentally while they were studying the level of water pollution. This ancient city was founded in 2002 in the Gulf of Cambay. The city is considered to be 5,000 years old. We have different pieces of pottery, beads, and sculptures that were founded beneath the water. According to the Researchers, the city must be in the coastal areas which have been swallowed by the rising water after the ice started melting of the last ice age. 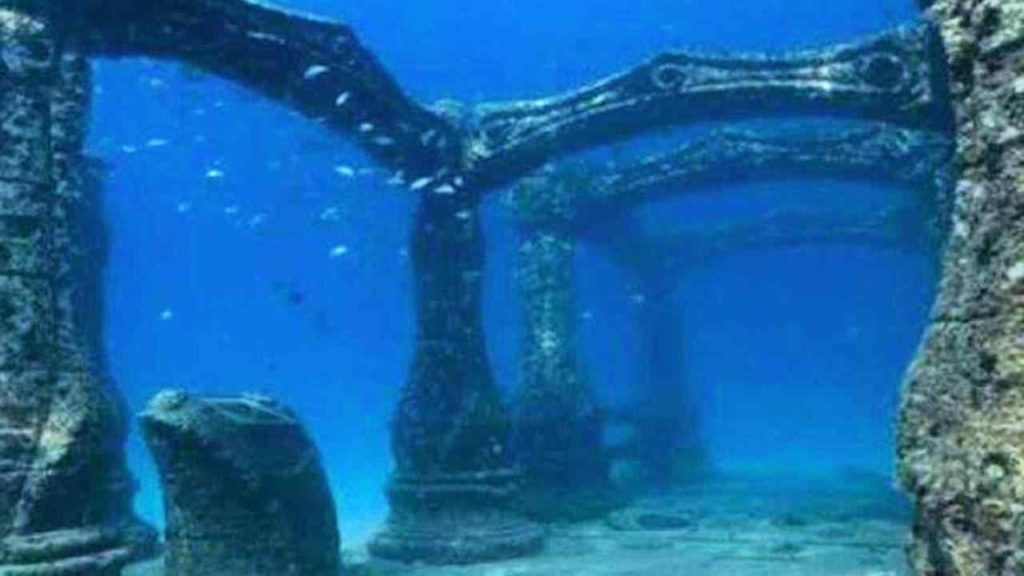 The real name of the city is still unknown because it is considered that it sank Greece’s Peloponnese peninsula approximately 5,000 years ago. The ruins of the city were discovered in 1967. The whole community is being seen including streets and tombs. The city was considered to be a part of Mycenaean civilization but some archaeologists think that it is much older and possibly belongs to Minoan civilization.

One of the ancient Underwater Cities that we explored. The site is being explored by the University of Cambridge and the University of Nottingham and still, the excavation project is in progress to find the exact dates artefacts of the things found on the ocean floor. The city thrived for 2,000 years during the era of the birth of western civilization and listed as the UNESCO world heritage site because of its rich history. 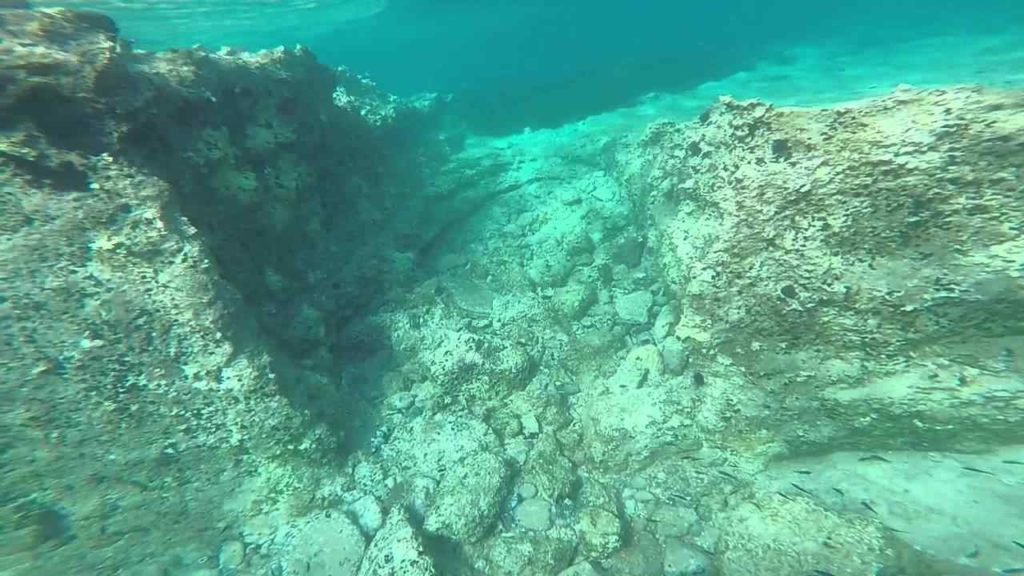 Olous city was considered to be located the northeastern end of Crete. It is also considered to have 30,000 and 40,000 residents. The divers and snorkelers have explored the ruins of the ancient city. The ancient wall is still above water and we can find coins, murals, floors and walls on land. The Researchers believed that the earthquake might be the reason for the whole city to sink inside the water. 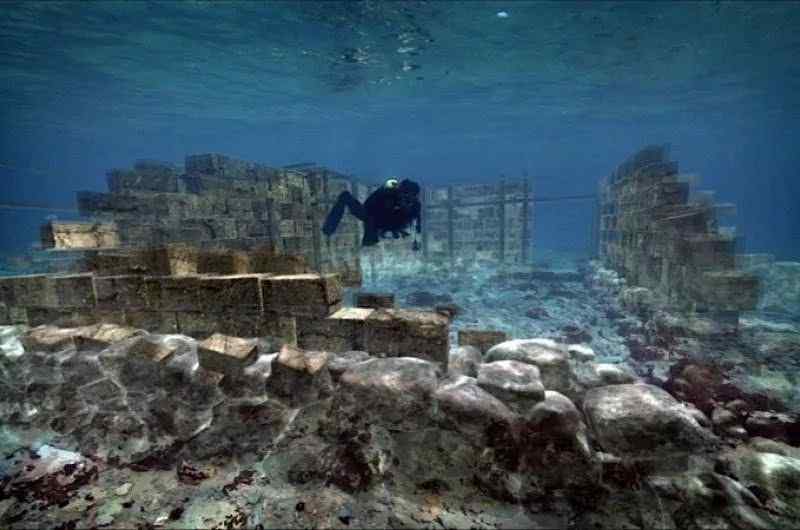 You can also read: Monuments Of Ancient Egypt

This is among the one of the oldest city that has been known to humans. It is believed that the city considered being existing in 1200 BC. The city was mentioned in many legends life who have visited the city for different purposes. The Hercules was considered to be visited the city has given it a Geek name. The Helen of Troy has also considered being visited by the city. The city has its religious importance because of the location of the temple of Amun that has played one of the most important rules associated with the continuity of the ruling dynasty.

The city has been founded in approximately 8th century BC and later gone through natural catastrophes until finally sunk entirely into the depths of the Mediterranean in the 8th century AD. It was discovered in the year 2000 by the European Institute for Underwater Archaeology (IEASM). The project was directed by the Franck Goddio and no trace of Thonis- Heracleion had been found. 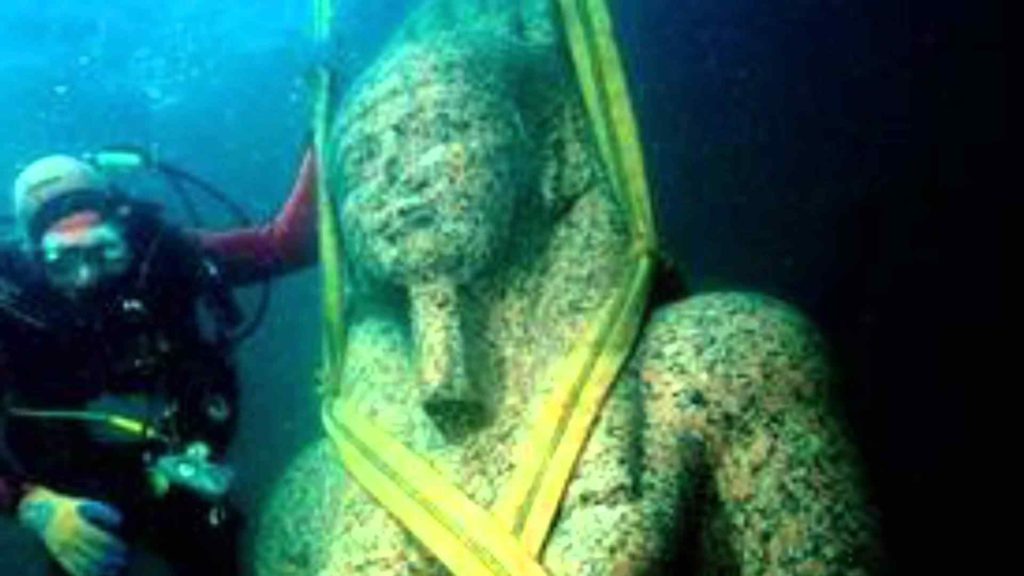 The Lake Titicaca is the highest lake in elevation. The people that are living beside the lake considered to be scared. The diving team from Akakor Geographical has made many dives and they have explored many things including temple, roads, walls, and terraces. The city is considered to be 1,500 years old. The temple was considered to be 200 meters tall. It is still not known why the city has been sunk.

One of the amazing Underwater Cities that we explored.  The Lake Titicaca is also known as The Birthplace of the Incas”, and “The Birthplace of the Sun”. According to the Incan mythology says that the first Inca king, Manco Capac, was born at Lake Titicaca. An ancient also says about the story of God Viracocha coming out of the lake and creating the sun, the stars, and the first people.

8. The Pyramid of Yonaguni, Japan

The divers found a Pyramid in the Japanese island of Yonaguni. It was discovered in 1986. The Pyramid has also staircases and the design is very much similar to the pyramids of Mexico and Central America. The Pyramid is has made controversy because no other structure is there in that area. This can be mysterious but a hint of the Japanese civilization that can be exited.

One of the greatest lost underwater cities in the world, the Yonaguni monument was discovered in 1985 by Dive Tour operator Kihachiro Aratake. The archaeologists and researchers have studied the monument and concluded that the man-made complex actually the remains of the lost Pacific civilization of Mu. It is believed that the monument is 10,000 years old and researchers have pointed that the rock formation that has been called “the face” or “Jacques eyes” is according to them resembles a giant head.

The city was considered to be 1,200 years old. The city was located on the northern coast of Egypt and also considered to be one of the oldest city in the Mediterranean. There are many things that are explored from the sank cities like anchors and coins. They are all inscribed ancient Greek and Egyptian. 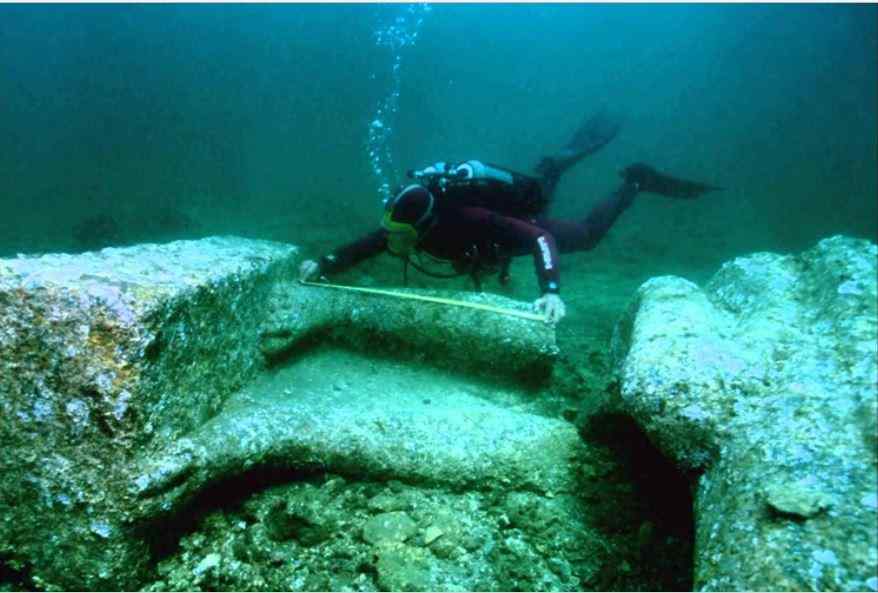 The city is located in Kingston Harbor. This place was famous for pirates and privateers. The city has four forts and 2,000 buildings. The most part of the city sank beneath the Caribbean. The reason was considered to be the earthquake in 1692. The city was constructed on the silt and because of the earthquake, it all vanished. One of the beautiful Underwater Cities that we explored. 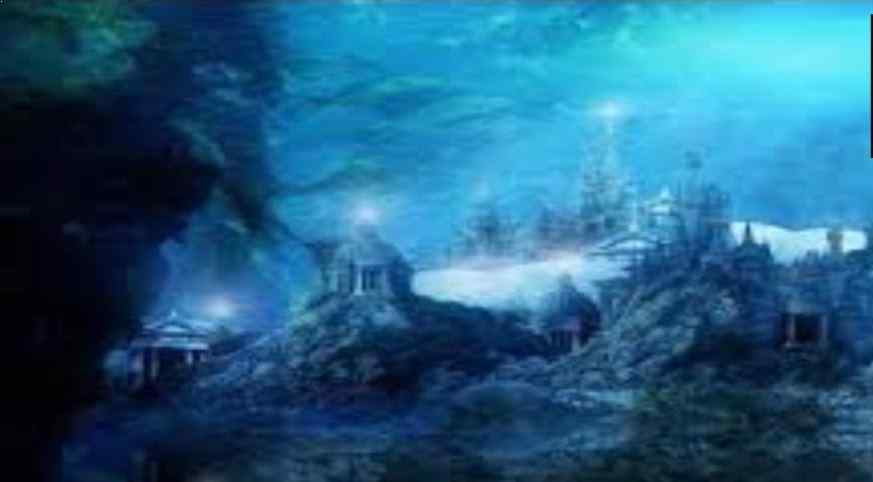 These are the mysterious underwater cities that you should go and explore it. Do post your comments.