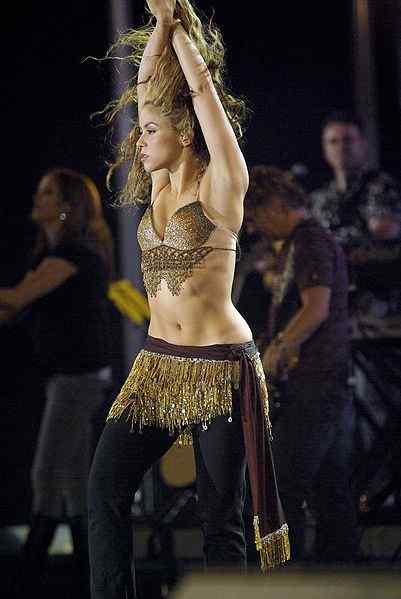 There are many occasions when the dance is carried out in festivals, seasonal occasions and weddings. Today, practising dance has been one of the most ethical and cultural forms in the world which are gaining popularity day by day. Since the prehistoric times, there were lots of dancers who have entertained the people with their dancing styles and steps. So, here is the list of top 10 most famous dancers in history.

Michael Joseph Jackson or just Michael Jackson was an American dancer, most popularly known as the “King of Pop”. He was one of the most popular entertainers in the world that has vast contributions to music, dance, and fashion. Along with his publicized personal life, he was a global figure in popular culture for over four decades. But unfortunately, on June 25, 2009, Jackson stopped breathing while attempting to sleep under the care of his personal physician Conrad Murray.

He is the Most-Awarded Artist Of All Time and won more awards than anyone related to music alive or deceased. The artist has 23 Guinness World Records, 13 Grammys, 40 Billboard Awards and 26 American Music Awards. He also holds the honour of “Highest-Earning Deceased Artist” in the Guinness Book Of World Records. This was a new category where Jackson’s estate has been reported $1 billion. 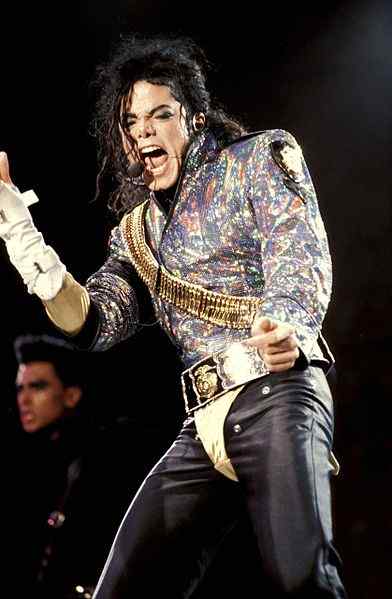 Prabhu Deva is an Indian dance popularly referred to as the Indian Michael Jackson. He has a vast contribution in Tamil, Telugu, Hindi, Malayalam and Kannada films. In a career spanning 25 years, he is also a good choreographer, director, a producer who has performed and designed a wide range of dancing styles and has been honoured with two National Film Awards for Best Choreography. Also, Deva has won the National Film Award for Best Choreography for his work in the song “Vennilave”.

Actually the full name of the artist is Prabhu Deva Sundaram, however, people used to call him Prabhu Deva. The multitalented artist is known for his contributions in as an actor, director, producer and dance choreographer. He also runs his own dance academy in Singapore where he is designated as chairmen and director. He has also acted in films of different language like Telugu, Tamil, Hindi, Malayalam and Kannada. 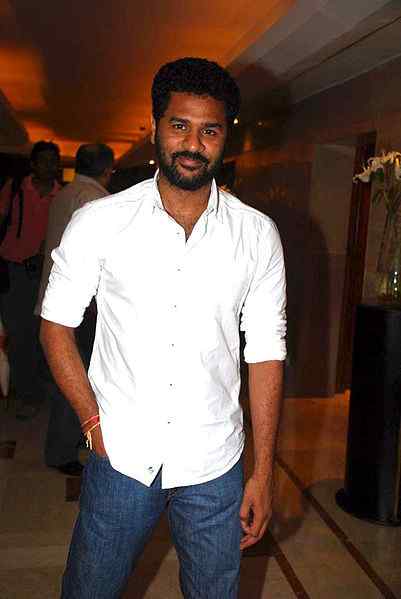 Hrithik Roshan is an Indian Bollywood actor who has portrayed a variety of characters in Bollywood movies. Hrithik Roshan is most popularly known for his excellent dancing skills all over the world. Also, he is one of the highest-paid actors in India and has won many awards, including six Filmfare, four for Best Actor and one each for Best Debut and Best Actor (Critics). In 2012, he appeared in Forbes India’s Celebrity 100 because of his income and popularity.
Now he is a star but his father wants to go to the US for higher studies once he is graduated from Sydenham College.

During his childhood days, he usually stammered while speaking, however, his dedication helped him in getting rid of the problem forever. He considers Michael Jackson and Shammi Kapoor as his dance idols. The official surname of the artist is Nagrath, not Roshan.HRx is his own clothing brand. 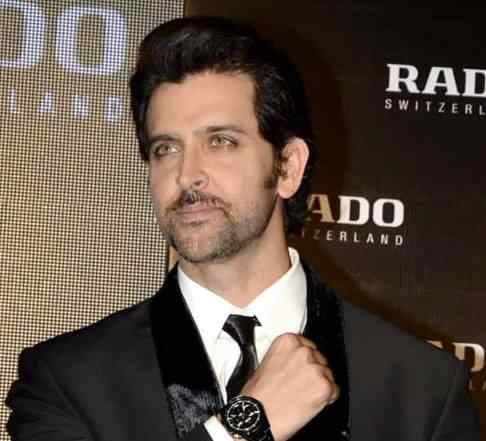 Anna Pavlovna was a Russian prima ballerina of the late 19th and the early 20th centuries. She was a principal artist of the Imperial Russian Ballet and the Ballets Russes of Sergei Diaghilev. Pavlova is recognized for the creation of the role “The Dying Swan” and with her own company, she became the first ballerina to tour ballet around the world more particularly in South America and India. Anna Pavlova was one of the most celebrated and influential ballet dancers of her time, who perhaps was the most powerful inspiration for future generations.

She was born on 12th February 1881 in St. Petersburg, Russia and she is one of the most influential and greatest prima ballerinas of her time. She saw her first ballet performance at the age of 8 and fell in love with the dance form. Her mother was very supportive in fulfilling the dream of her of becoming a dancer and helped her in achieving the dream. Later, at the age of 10, she was accepted into the St. Petersburg Imperial Ballet School after passing the entrance exam with flying colours. The turning point in the career was her debut performance in the ballet La Fille Mal Gardee. 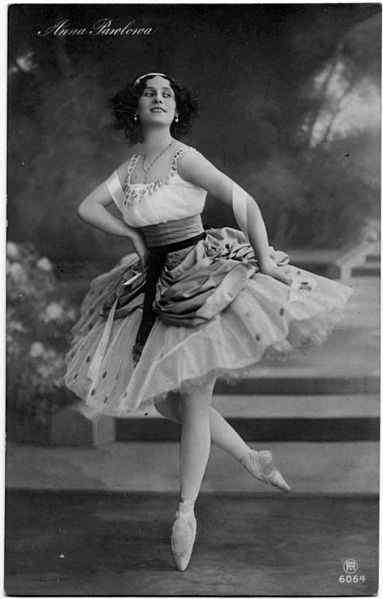 Rudolf Khametovich Nureyev, a Soviet ballet and contemporary dancer and choreographer is regarded as the greatest male ballet dancer and often known as the Lord of Dance. In addition to being one of the best dancers in the history, he has great technical prowess. Also, Rudolf Nureyev was an accomplished choreographer and has produced his own interpretations of numerous classical works including Swan Lake, Giselle, and La Bayadere.

Related: 10 Tallest Women Who Ever Lived 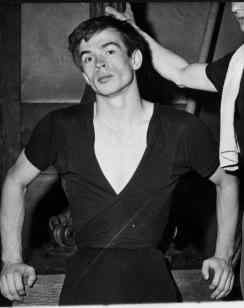 Christopher Maurice Brown is an American singer and actor, who has atop the US Billboard Hot 100 and became the first male artist as a lead to have his first single “Run It!” peaking the chart. In addition to his solo commercial success, Brown has been featured in several singles such as “No Air”, a duet with singer Jordin Sparks, “Shortie Like Mine” with the rapper Bow Wow and many more that have made him on top at US Billboard Hot 100.

The artist was born on May 5, 1989, in Tappahannock, Virginia and later becomes the teen heartthrob in 2009 with is pop hits “Run It!,” “Kiss Kiss” and “Forever.” He won Grammy in the year 2011 for his album F.A.M.E. He is well known for his smooth voice, amazing dance moves and boy-next-door charm. He also enjoys singing in his church choir and inspired by the musical artist such as Sam Cooke, Stevie Wonder and Michael Jackson. 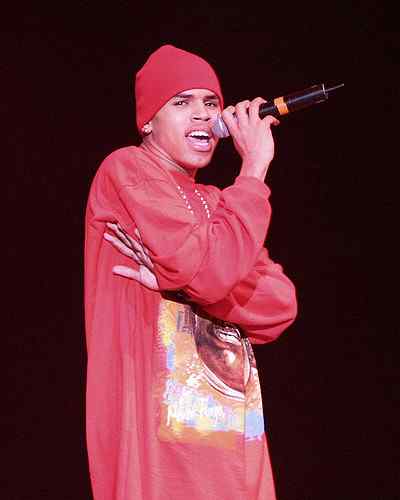 Martha Graham was an American modern dancer and choreographer who has reshaped American dance with her style and the Graham technique. Graham has danced and choreographed for over seventy years and also she was the first dancer to perform at the White House. Also, She has received the highest civilian award of the US i.e. the Presidential Medal of Freedom with Distinction. In addition to this, she hax also received honours ranging from the Key to the City of Paris to Japan’s Imperial Order of the Precious Crown.

She was also known as “Mother of Modern Dance” for influencing her generation about choreography and technique unique in its way. In a 1989 interview, Graham commented, “Dance is theatre and larger than life. Makeup and costume, correctly chosen, define the movement in a different way.” 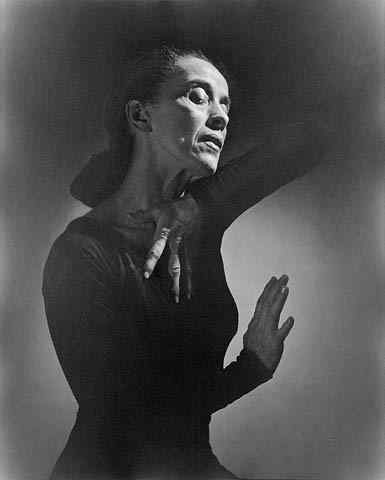 Mikhail Nikolayevich Baryshnikov is an American dancer, choreographer, and actor. Being born in Russia, he is one of the greatest male ballet dancers in history. He was a Russian diplomat and statesman who at the end of the 19th century directed Russia’s activities and played a major role in the developments of the Russo-Japanese War.
He got its big break in American television with the performance of The Nutcracker on CBS, which quickly became a holiday classic. The artist founded the White Oak Dance Project in 1990 after he resigned from the position of the Artistic Director of the American Ballet Theater. The project was consists of new ballet work for older dancers to perform around the world. 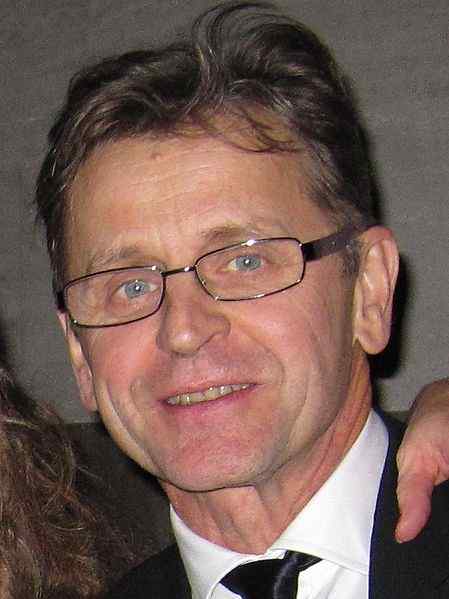 Shakira Isabel Mebarak Ripoll, better known as Shakira, is a Colombian singer, songwriter, dancer, businesswoman, philanthropist and a goodwill ambassador for UNICEF. Born and raised in Barranquilla, she has fantastic rock and roll influences and belly dancing abilities. Shakira is in fact, a star on the Hollywood Walk of Fame and has received numerous awards, including 3 Grammy Awards, 13 Latin Grammy Awards, 5 MTV Video Music Awards, 7 Billboard Music Awards, and many others. Also, she has been nominated for the Golden Globe award.

Full name Shakira Isabel Mebarak Ripoll and is the youngest of eight siblings. Shakira knew in Arabic for “grateful” or “full of grace.” During his teenage, he represented Colombia at the Festival Vina del Mar and gained the third position with her song “Eres.” Her grandmother was the one who taught the art of Arabian Belly Dancing so that she will be attached to her Middle Eastern roots. She recorded her first album when she was only 13.

Fred Astaire, an American dancer and choreographer are widely considered as the most influential dancer in the history. He was an American dancer who is best known for a number of highly successful musical comedy films. He is regarded as the greatest popular music dancer of all time. In addition to Astaire’s immeasurable contributions to the art of dance, he was noted for his fantastic American vocal style. He was awarded an honorary Academy Award for his contributions to film in 1950 and has also received a Life Achievement Award from the American Film Institute in 1981. 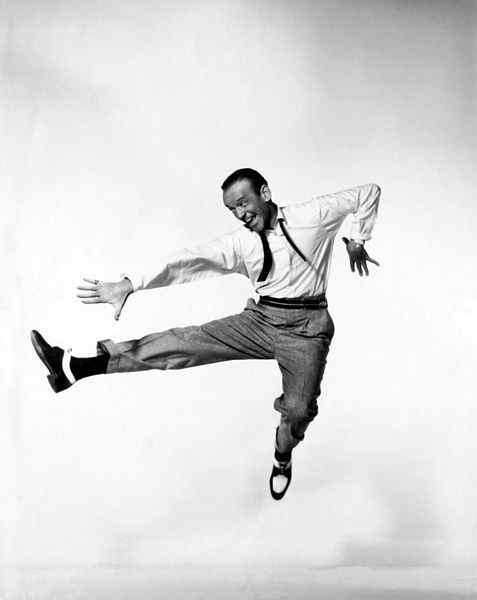 These are the 10 most famous dancers in history. Do post your comments.