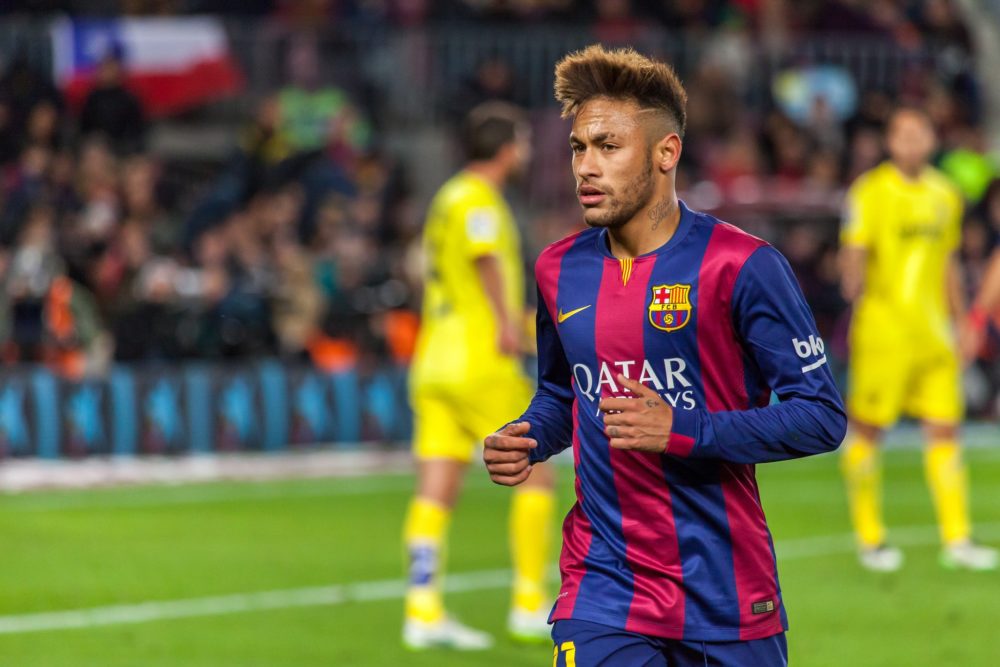 An athlete is a person who is proficient in sports and other forms of physical exercise. His physical strength endurance level and overall body language are perfect. Athletes may be professionals or amateurs. Here we are going to share a list of top 10 most famous Athletes. The list is dominated by the 4-footballers then comes to 3-basketball players, 2-Tennis players and a golfer. The comparison is done by keeping these parameters – Body fitness, Social media following, Google search popularity, and media coverage. So here is that list for famous athletes in the world,

Famous Athletes in the World

He is a Portuguese professional footballer who plays as a forward for Real Madrid (a Spanish club) and his own National team Portugal. Not only famous as the best footballer of all times but also considered to be the best athlete in the world, according to ESPN. He has a record of receiving five Ballon d’Or awards equalising his rival Lionel Messi. He is the first player in Europe who had received Four European Gold shoes. His social media platform has 121.7 million followers. His records hold the most goals scored in Europe’s top five leagues. 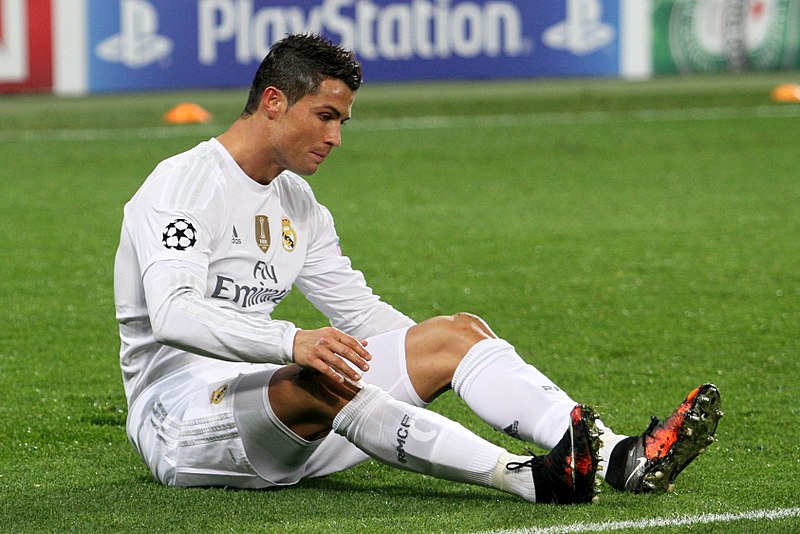 LeBron James is an American professional basketball player and is a free agent. He has played in the National Basketball Association (NBA) for the Cleveland Cavaliers and Miami Heat. He played for Cleveland Cavaliers from 2003-2010 and then Moved to Miami Heat and played there for 4 years and then came back to Cleveland Cavaliers. He is often considered as the best basketball player in the world and by some as the greatest of all time. He has received a series of awards in the world of Basketball like four NBA Most Valuable Player Awards, three NBA final MVP Awards, two Olympic Gold Medals, three All-star Game MVP awards and is the all-time NBA playoffs scoring leader. 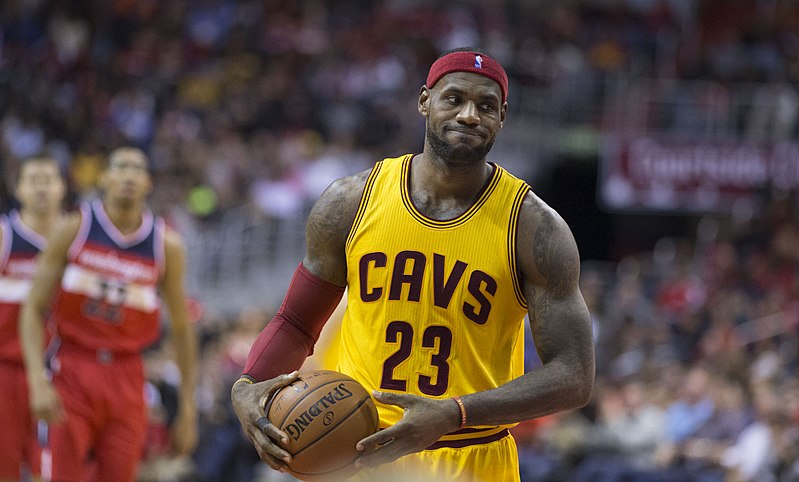 He was born on 24 June 1987 is an Argentine professional footballer who plays as a forward for Spanish club Barcelona and the Argentine national team. At an early age, the doctor told that he is a growth-hormone deficient. But who knows that the world would call him best footballer and he would we be listed at number three position in the list of famous athletes. At the age of 13, he joined the Barcelona youth club who agreed to pay for his medical treatment. He has received 32 titles in his football carrier which includes five 5 Ballon d’Or awards, nine La Liga titles, four UEFA Champions League titles. 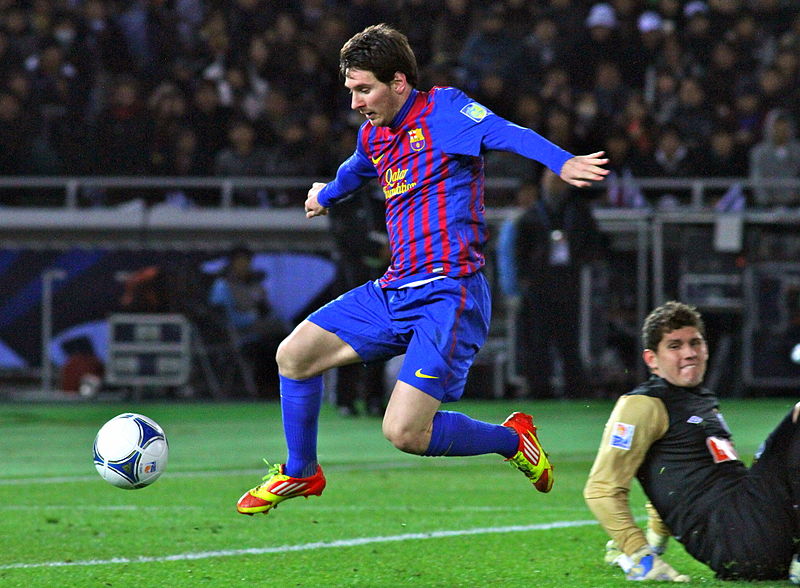 Neymar is a Brazilian professional footballer who plays as a forward for a French player PSG (Paris Saint Germain) and the Brazil national team. He joined Barcelona in 2013 as a forward player. He along with Messi and Luis Suarez won the continental treble of La Liga, the Copa del Rey, and the UEFA champions league in a 2014-2015 season. In 2017, Neymar was transferred from Spanish club Barcelona to French club PSG in a move worth €222 million, which made him the most expensive player of the world. He had scored 56 goals in 88 matches for his national team. 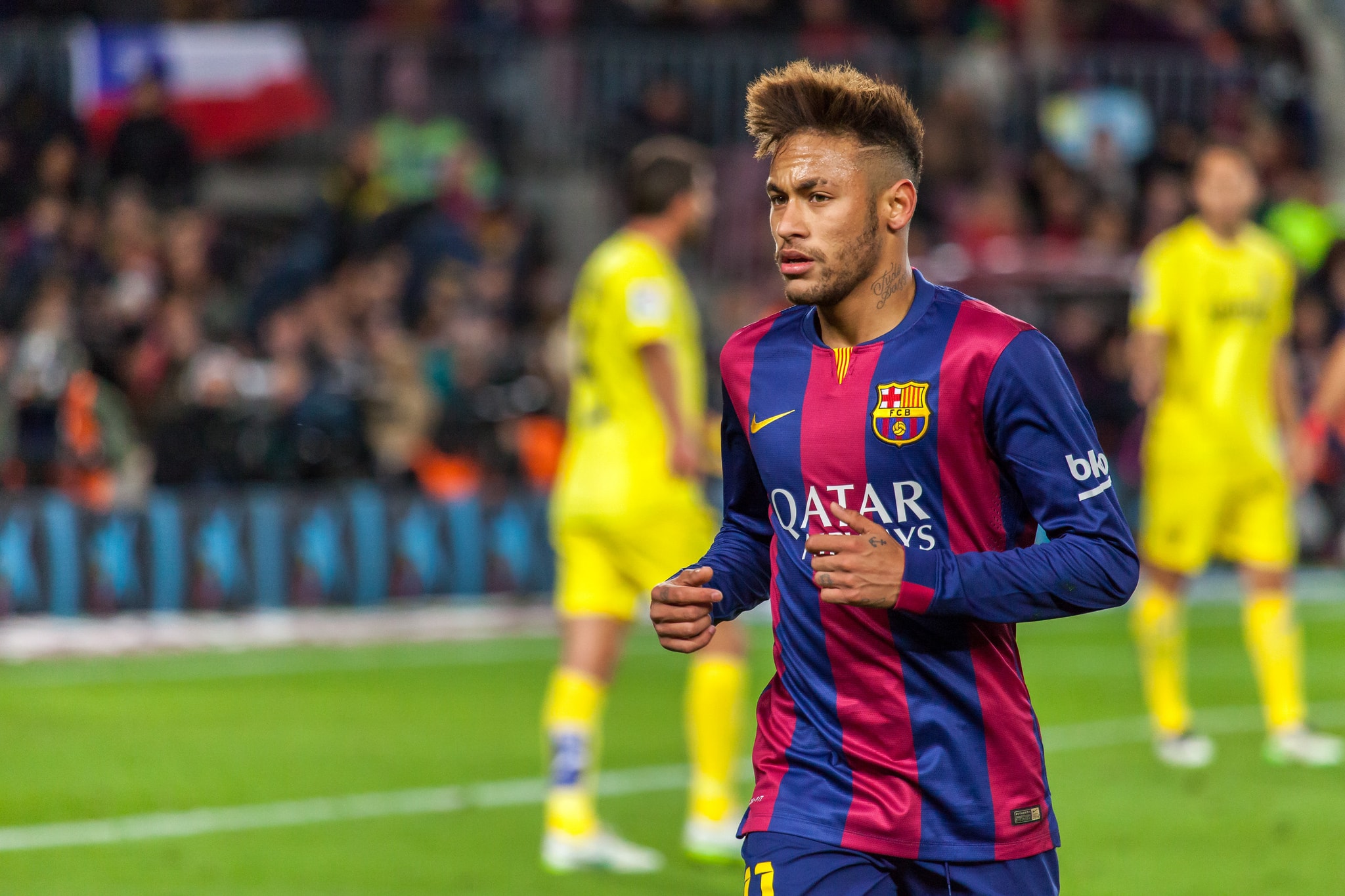 He is a Swiss professional tennis player who was born on 8th August 1981 in Basel, Switzerland. He is ranked world’s number 2 player in men’s singles tennis by Associations of Tennis Professionals (ATP). He became a pro tennis player in the year 1998. Federer has won 20 Grand Slam titles which is the maximum in the history for any male player. He is ranked number fifth Athlete by ESPN. He is continuously ranked within top ten from August 2002 to November 2016. He is widely considered one of the greatest players of all time. 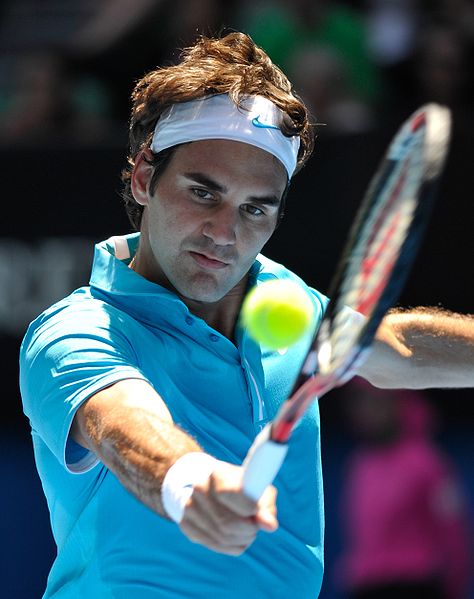 Kevin Durant is an American professional basketball player for the Golden State Warriors of the National Basketball Association (NBA). He was born on 29 September 1988 in Washington DC. From his childhood, he was loved to play basketball. He played one season college football from the University of Texas and was picked by Seattle Supersonics in the 2007 NBA Draft. Before signing with the Golden State in 2016 he had played nine seasons in Oklahoma City. He had received many basketball titles which include 2 NBA champion, 9 NBA all-star and NBA most valuable player in 2014. 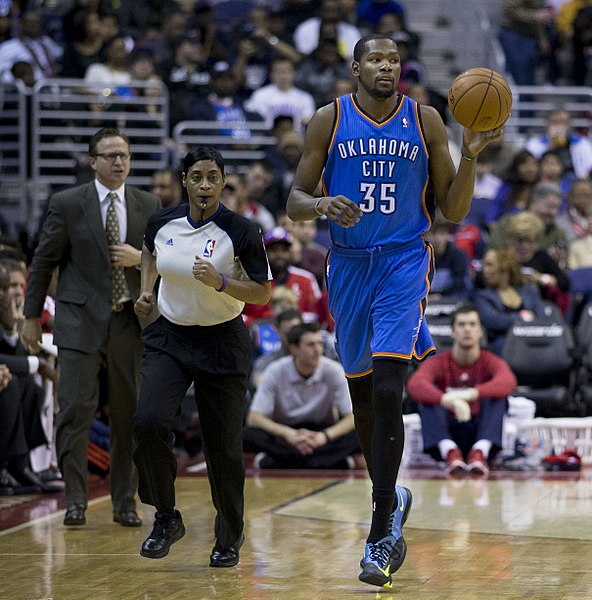 He is better known as Tiger Woods was born on 30 December 1975. He is an American professional golfer. He is considered to be the most successful golfer of all times. Ranked at position seven in the most famous athletes. He has been the highest paid athlete in the world from last few years. He became a professional golfer at the age of 20 in 1996. He won three PGA tour events in 1997. By 2000 he was a dominant player in Golf and won 2000 U.S. Open by a record of 15 shot Margin. No other golfer stands parallel to him who has earned so much fame in the world of Golf. 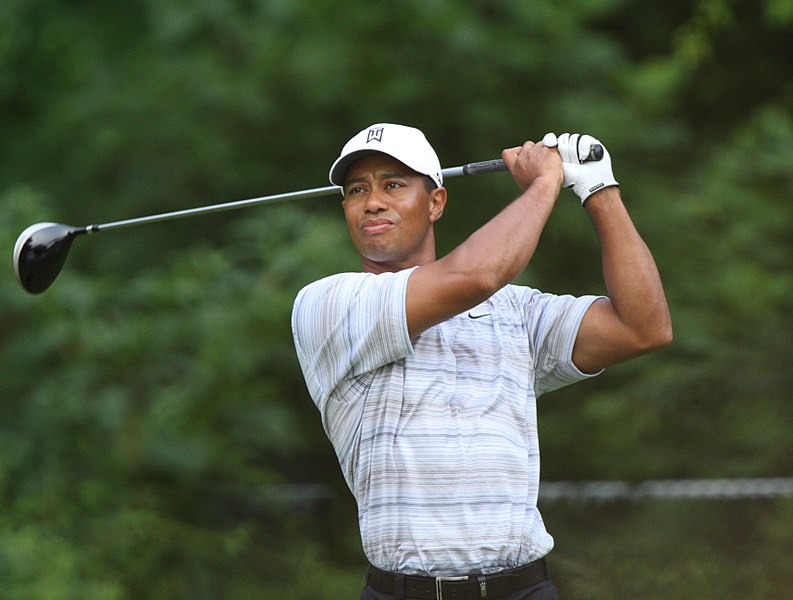 He is commonly called as James is Colombian professional footballer. He was born on 12 July 1991. He plays as an attacking midfielder for German Club Bayern Munich on loan from Real Madrid. He is commonly categorised as one of the best young football talents. He is praised for his dribbling skills and playmaking techniques. James moved from AS Monaco to Real Madrid in 2014 and the deal made him the most expensive player of that year. The young talent is ranked eighth in the list of famous athletes. 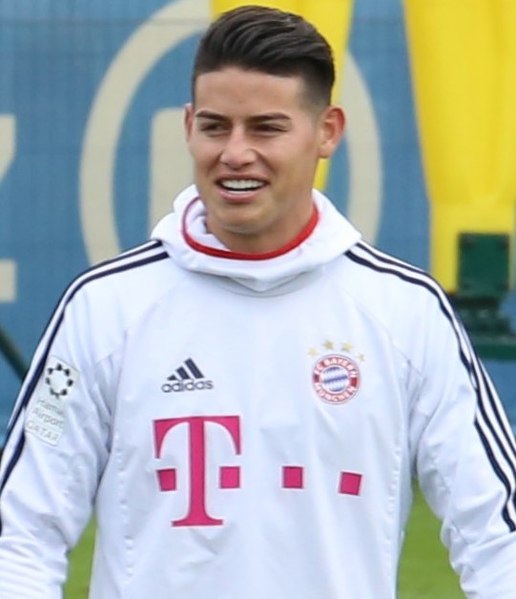 He is a Spanish professional Tennis player born on 3 June 1986 in Manacor, Spain. He is ranked number one in men’s singles Tennis by Associations of Tennis Professionals (ATP). He is known as the “King of the Clay” and is considered as the greatest clay-court player of the history. He became a pro Tennis player in 2001. Since the time his performance became excellent in all courts, he has become the greatest tennis player of all times. He has won 17 Grand Slam titles trailing from Roger Federer. He is ranked ninth as the famous athletes of the world. 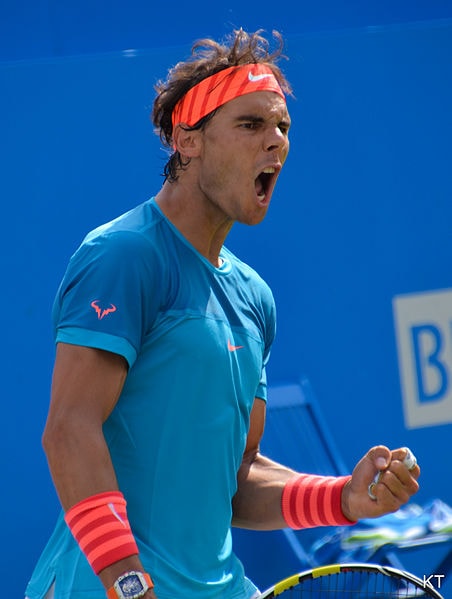 He is former American professional basketball player born on 23 August 1978. He played his entire 20 years career with the Los Angeles Lakers of the National Basketball Association (NBA). He was picked by 1996 NBA Draft by Charlotte Hornets. His career awards include 18-time all-star, a 15-time member of All NBA team and 12-time member of All-Defensive Team. He is the first player in NBA to play at least 20 seasons. He ranked tenth in the list of famous athletes. 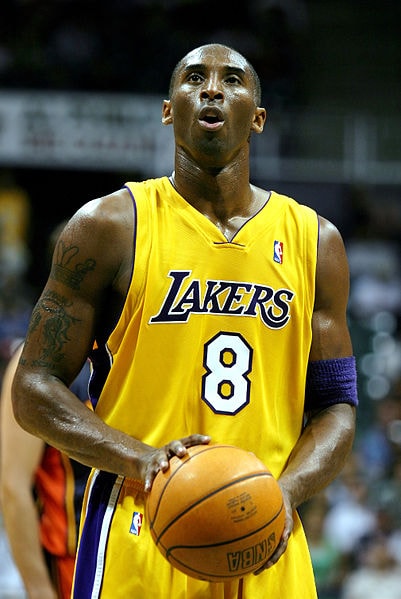 These are the famous athletes in the world. Do post your comments.