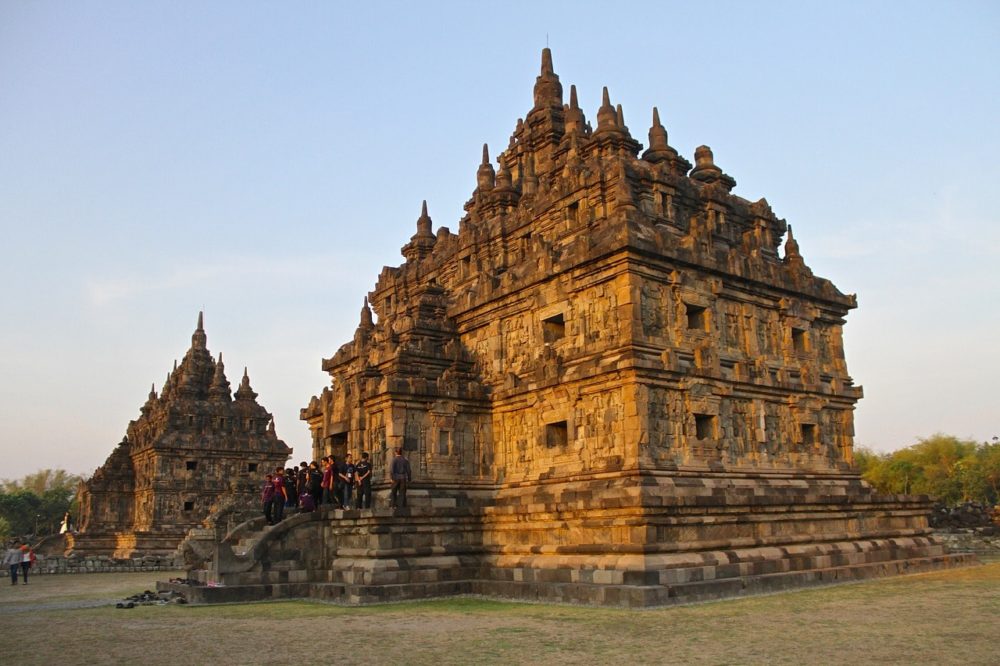 Indonesia is one of the most famous nations all around the world for its culture and foods. In the past, Indonesia being the Hindu majority nation also known for its beautiful landscape and have some very ancient monuments. The land is famous for many Buddhist and Hindu temples in the world, Let me list down some of the beautiful temples in Indonesia,

The magnificent Borobudur temple, located on the island of Java, is the biggest Buddhist monument in the world. This ancient site is popularly considered as one of the seven wonders of the world. The temple stands majestically on a hilltop overlooking lush green fields and distant hills. The temple is decorated with stone carvings in bas-relief representing images from the life of Buddha. Borobudur temple was built in the 9th century and was also declared as the UNESCO World Heritage Site. 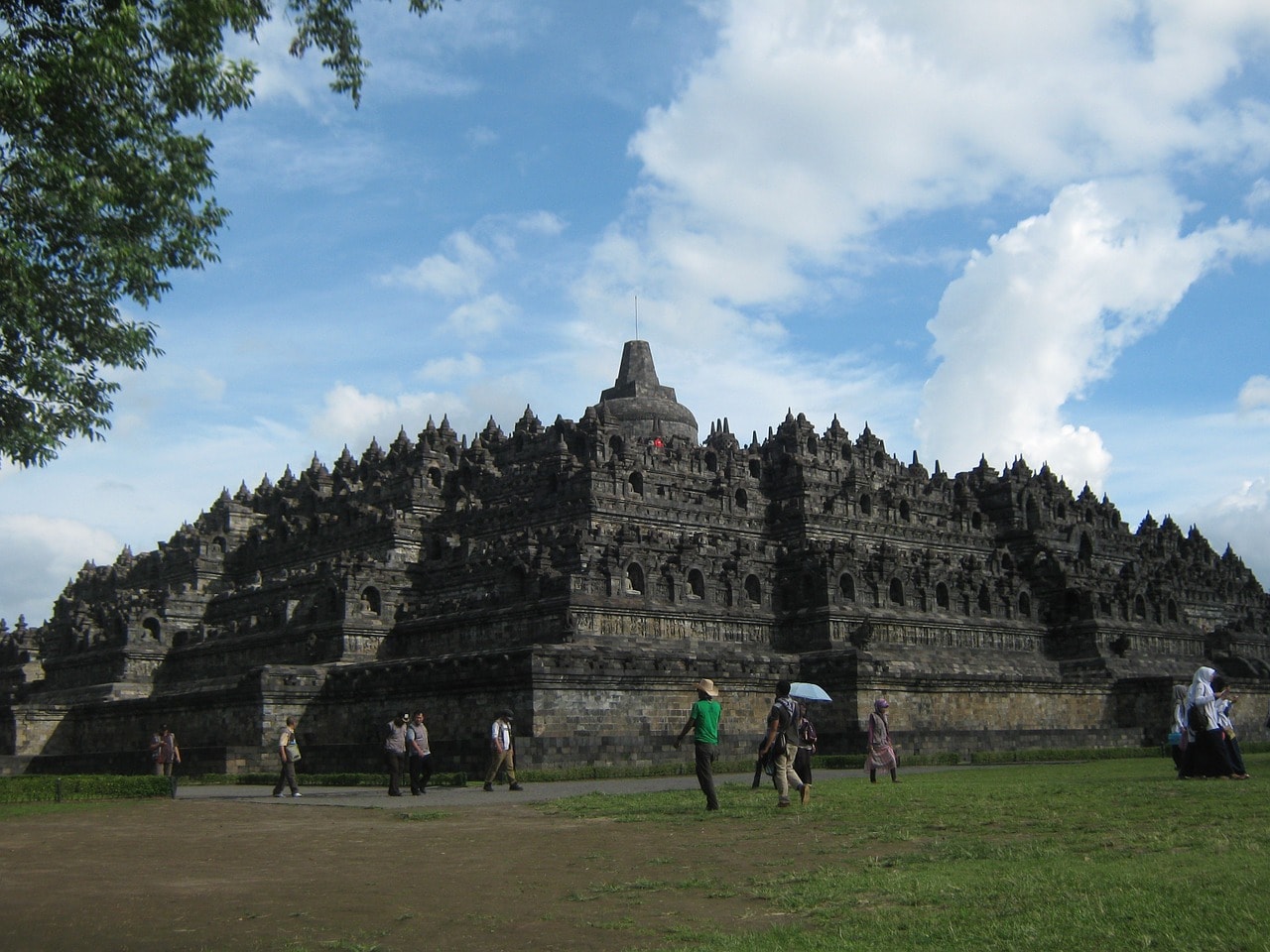 Tanah Lot Temple is one of the most important and iconic landmarks of Bali. The temple is famed for its unique offshore and sunset settings that offer beautiful scenic views to the visitors. Tanah Lot is a popular tourist destination of Bali and also the most visited and most photographed temple in Bali. This majestic temple dates back to the 15th century and was built by a priest named Nirartha. The temple Tanah Lot means “Land in the Sea” in the Balinese language is a spectacular temple and is home to the ancient Hindu pilgrimage beautiful sunset views. 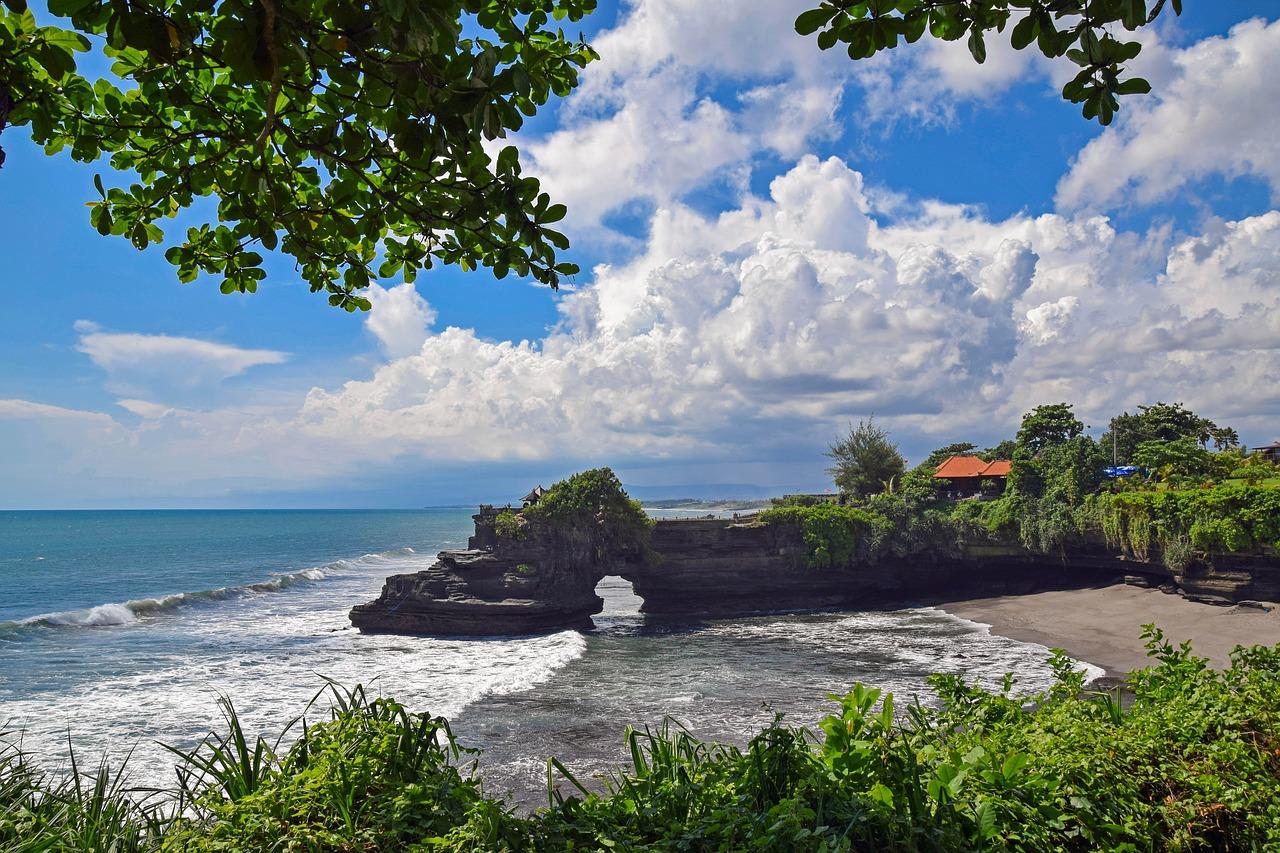 Pura Ulun Danu Beratan is a major Shaivite water temple located on the island of Bali, Indonesia. This iconic Temple is built on the shore of the Lake Beratan. The temple was built in adoration of the Goddess Danu and is both a famous picturesque landmark and a significant temple complex. Ulun Danu Beratan literally means ‘the source temple of Lake Beratan’. The temple is the most important and iconic landmark of the region due to the presence of Lake Bratan as the main source of irrigation in central Bali. The temple is located 1200 meters above sea level, and it has a cold tropical climate that provides immense pleasure to the visitors. 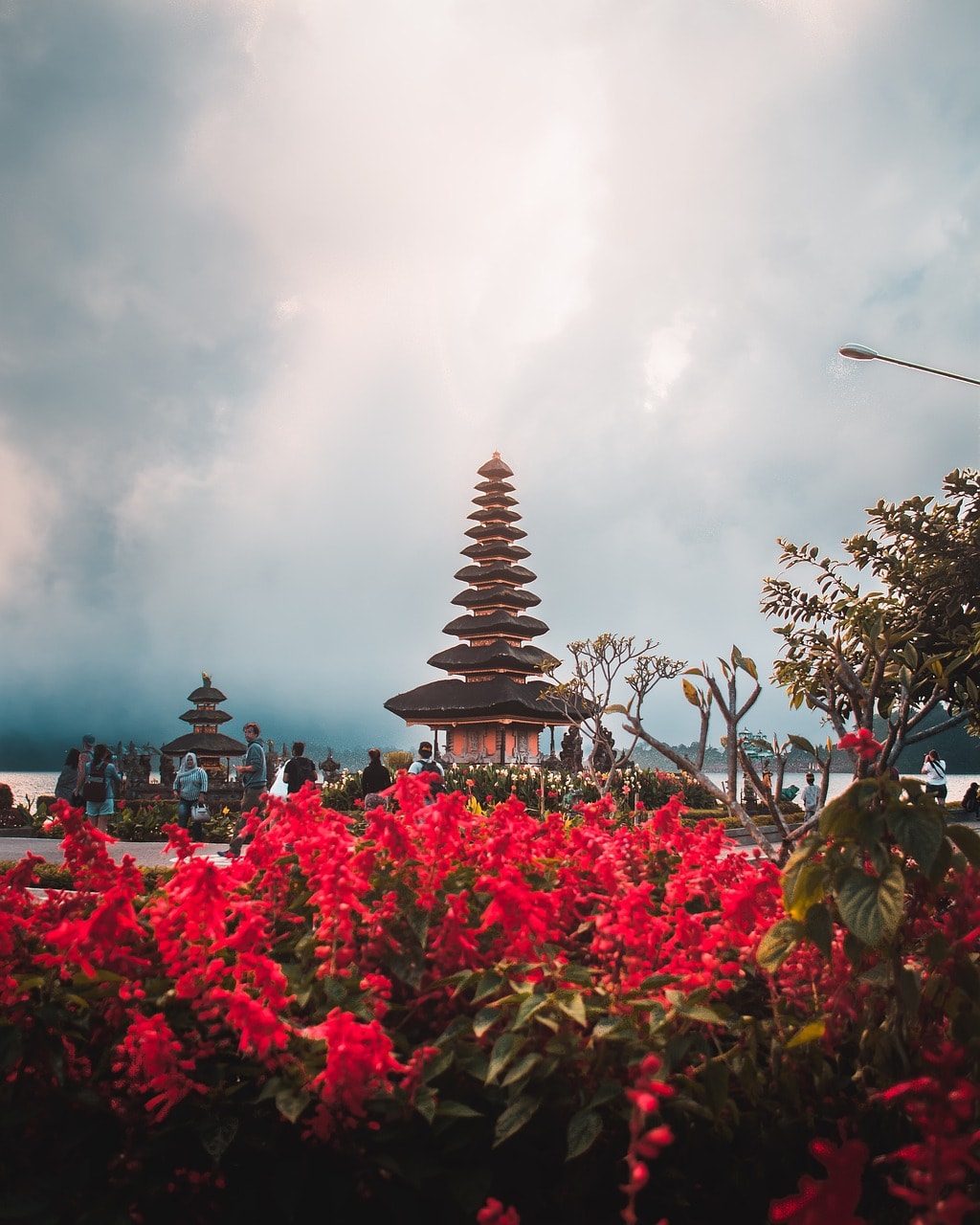 Prambanan is a collection of Hindu temples known as candi, which was built by the rulers of central Java in the 10th century. The temple compound is located about 17 kilometres to the northeast of the Indonesian city of Yogyakarta. It is the largest temple compound dedicated to Lord Shiva in Indonesia and one of the biggest temple in Southeast Asia. The complex comprises of some 244 temples which are characterized by tall and pointed architectures. The temple was also included in the UNESCO World Heritage Site list for being the Indonesia’s largest Hindu site. Prambanan is a magnificent spectacle and an icon of Indonesia’s cultural heritage. 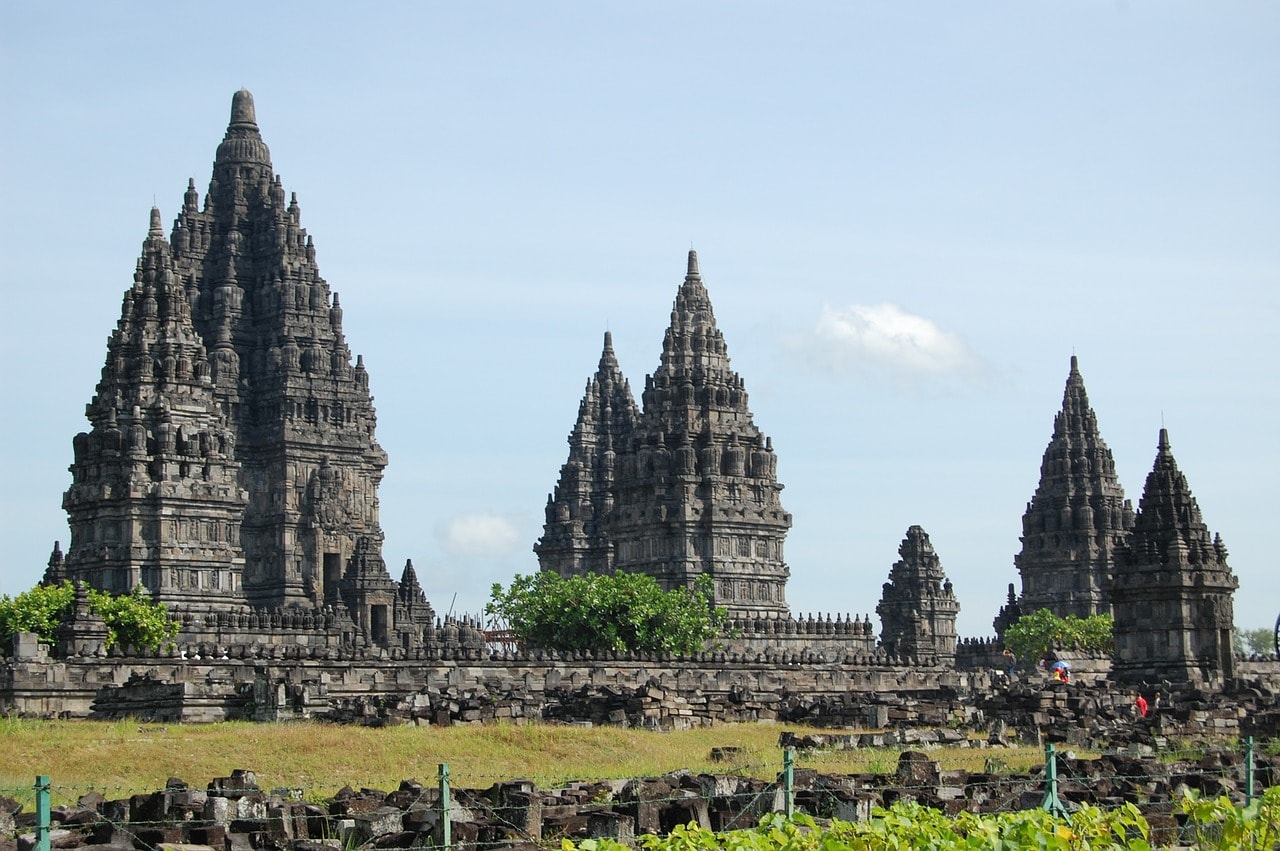 Pura Luhur Uluwatu is a Balinese Hindu sea temple located in Uluwatu to the South of Kuta, Badung, Indonesia. The temple is built at the edge of a 70-meter high cliff projecting into the sea. It is one of the six key temples in Indonesia believed to be Bali’s spiritual pillars. The temple is renowned for its magnificent location, that attracts millions of visitors to enjoy the panoramic views from the highest point. 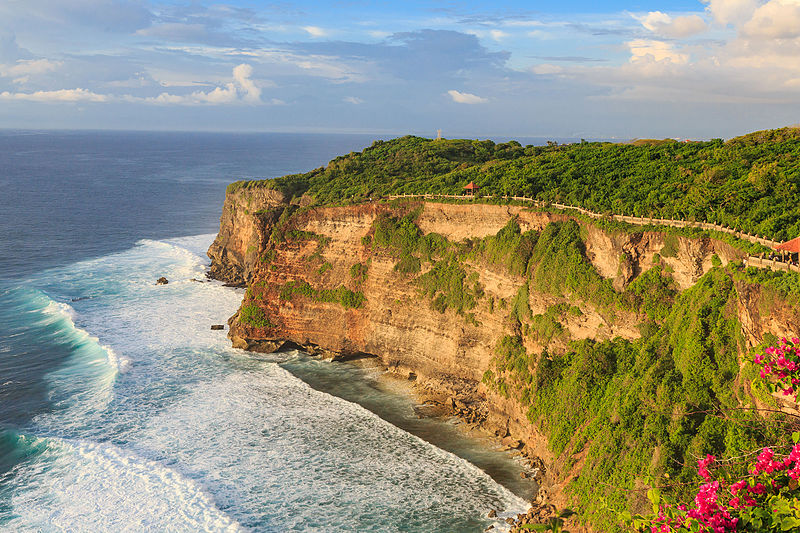 Sewu Temple is the second largest Buddhist Temple complex located 2 kilometres to the north of Prambanan Temple. Sewu Temple is an 8th- century Mahayana Buddhist complex that encompasses over 250 religious structures. Sewu Temple, or Candi Sewu, was originally named as the “Manjusri grha”, which means The House of Manjusri. Manjusri is a Bodhisattva from Mahayana Buddhist teachings that symbolizes the “gentle glory.” 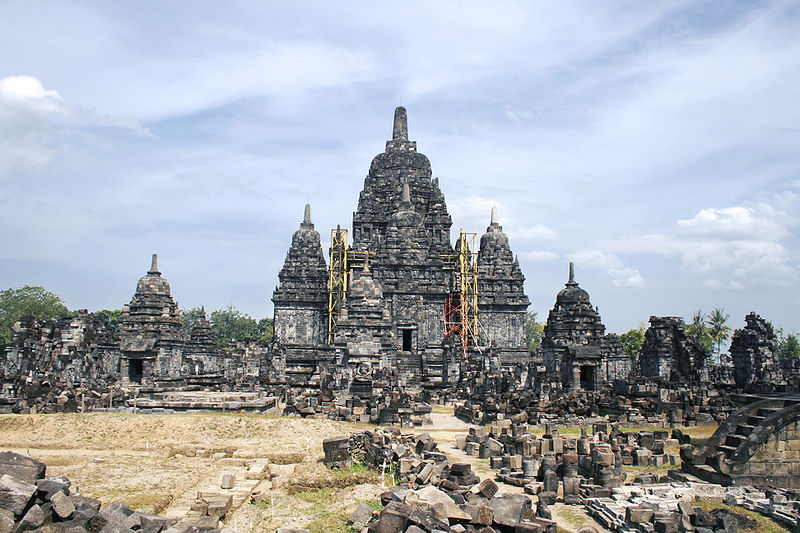 Among the thick greenery of a region just outside Ubud in Bali, lies the Elephant Cave with its amazing pool and temples. Bali Goa Gajah Temple or Elephant Cave Temple is one of the archaeological attractions monasteries of a Buddhist monk and Shivite priest. Built as a spiritual place for meditation, Elephant Cave Temple dates back to as far as the 11th century. Goa Gajah temple is a Hindu temple complex that is characterised by menacing faces that are carved into the stones, their purpose is assumed to be the warding off of evil spirits. 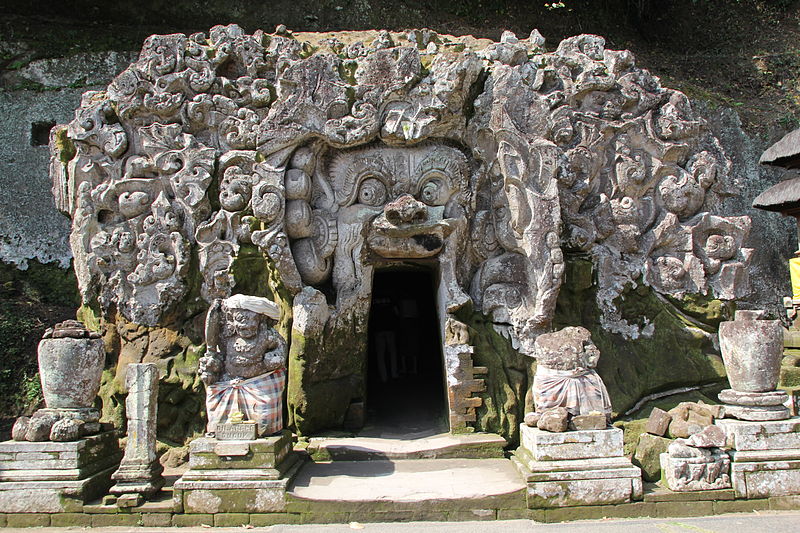 Pura Besakih or just Besakih Temple is popularly known as Bali’s Mother Temple for more than one thousand years. The temple sits majestically 1,000 metres high on the southwestern slopes of Mount Agung. Besakih is an exquisite and artistically unique complex that comprises of 86 temples which also includes the main Pura Penataran Agung, the Great Temple State. Pura Besakih is the most important Hindu temple in Bali and also the largest and holiest temple on the Island. It is also one of a series of Balinese temples in Indonesia. 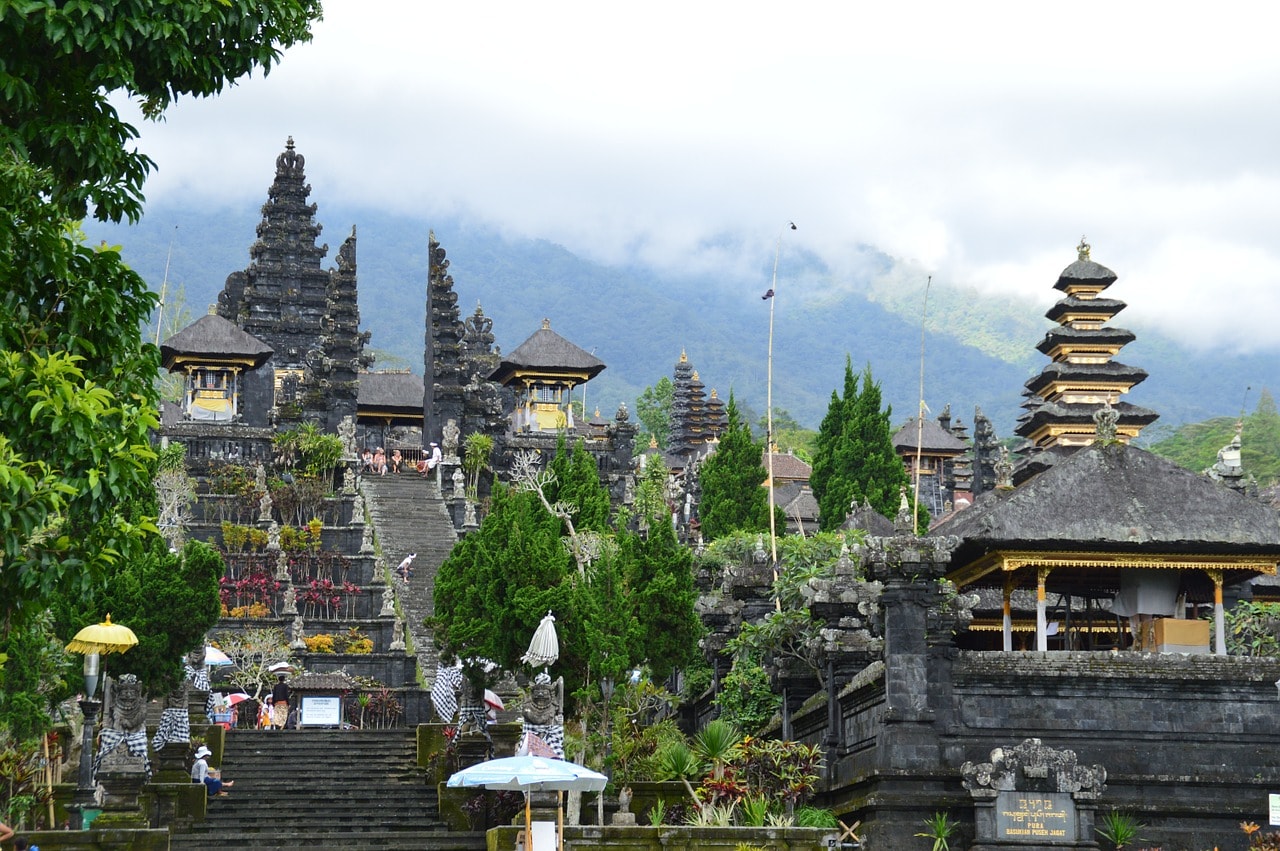 Ratu Boko is an archaeological site known to modern Javanese as Ratu Boko’s Palace. Ratu Boko is located on a plateau, about three kilometres south of Prambanan temple complex in Yogyakarta, Indonesia. The temple has a great mystery and unclear history that remains unsolved. But the site provides immense peace to the visitors which they cannot find in the entire city. The area of the palace is as wide as 250,000 m2 is divided into four parts, namely centre, west, southeast, and east parts. The centre part consists of the main gateway, square, Combustion Temple, pond, square terrace and assembly hall. The temple also boasts a well-kept heritage Breathtaking Views from the combined with magnificent Sunrise and Sunset views. 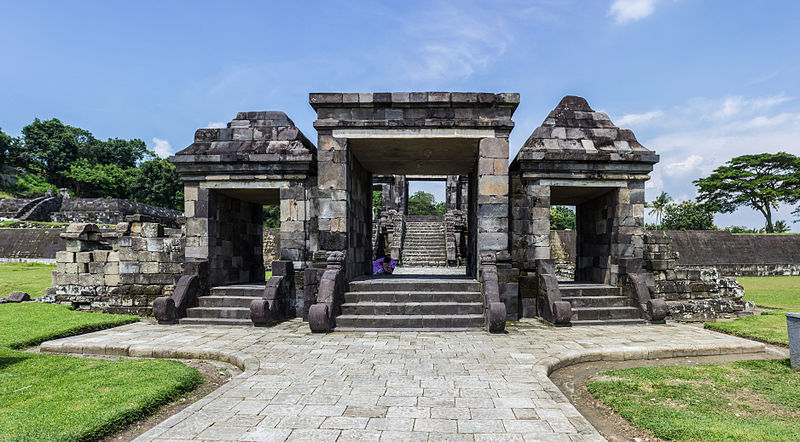 One of the mot beautiful temples in Indonesia, Candi Plaosan, also known as the Plaosan Complex, is a Buddhist temple located in the Bugisan village, Prambanan district of Central Java, Indonesia. It is a renowned Hindu Temple that covers an area of about 2,000 square meters with an elevation of 148 meters above sea level. The Dengok River, which is located nearby, and the beautiful surroundings of paddy fields along with vegetation such as banana and corn, offers most relaxed atmosphere and beautiful scenic views to the visitors. 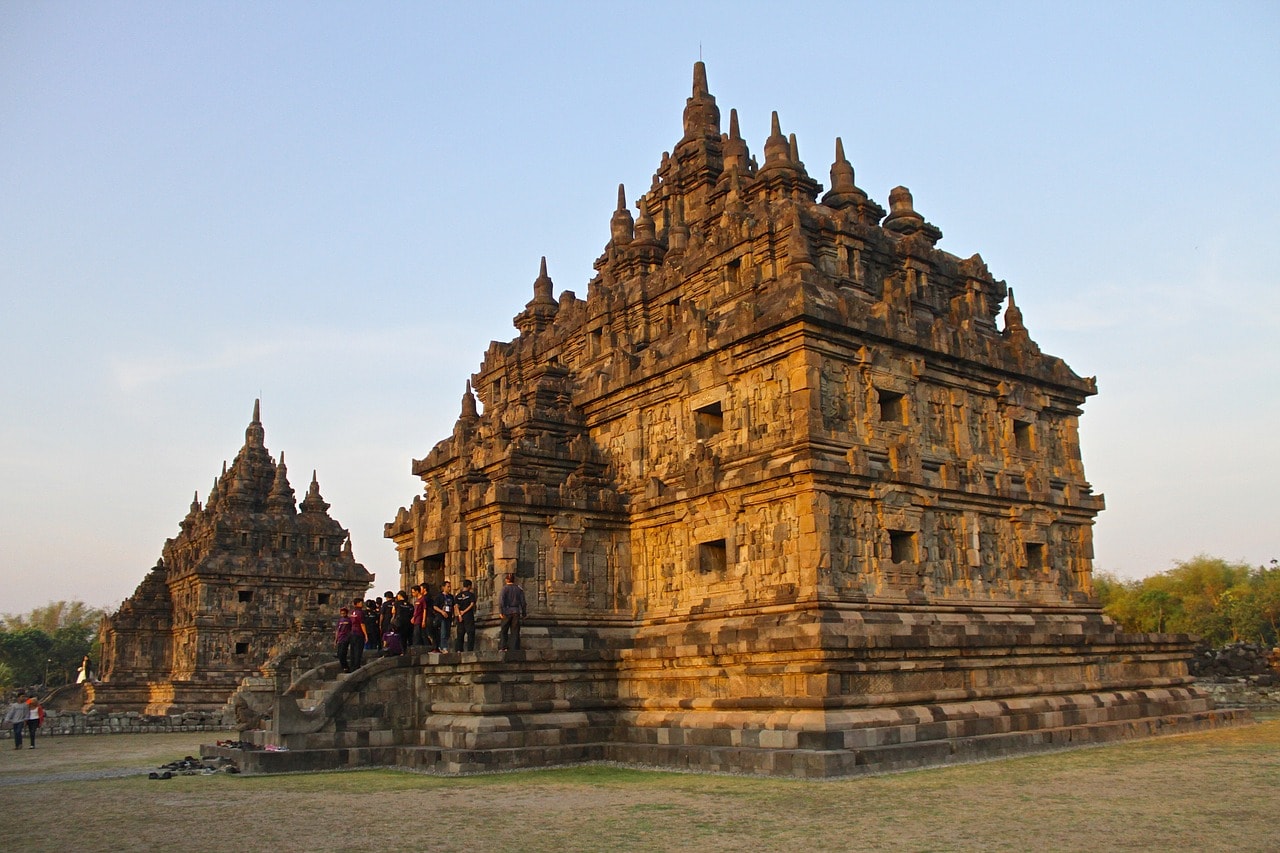 These are the beautiful temples in Indonesia. Do post your comments.