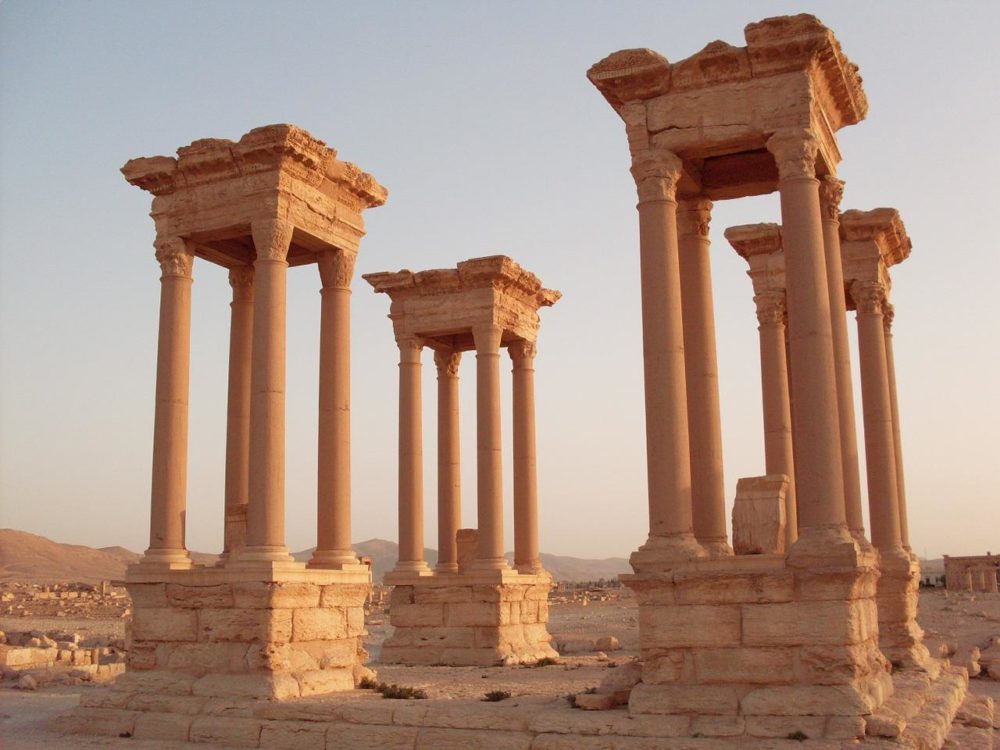 1. The Ancient City of Bosra, Syria

The Ancient City of Bosra is famous among the tourist for its beautiful Roman theatre. The city is situated 40km east of Daraa and about 140 Km south of Damascus. The place also comes under UNESCO world heritage sites. The Roman theatre was built during the 2nd century AD and it was one of the largest theatres built at that time. It can hold up to 15 thousand spectators. The Ancient City and the Roman theatre faces a great damage during the recent wars in Syria. The mortar shelling and the gunfire are one of the same reason. Also, read about modern architectural wonders around the world. 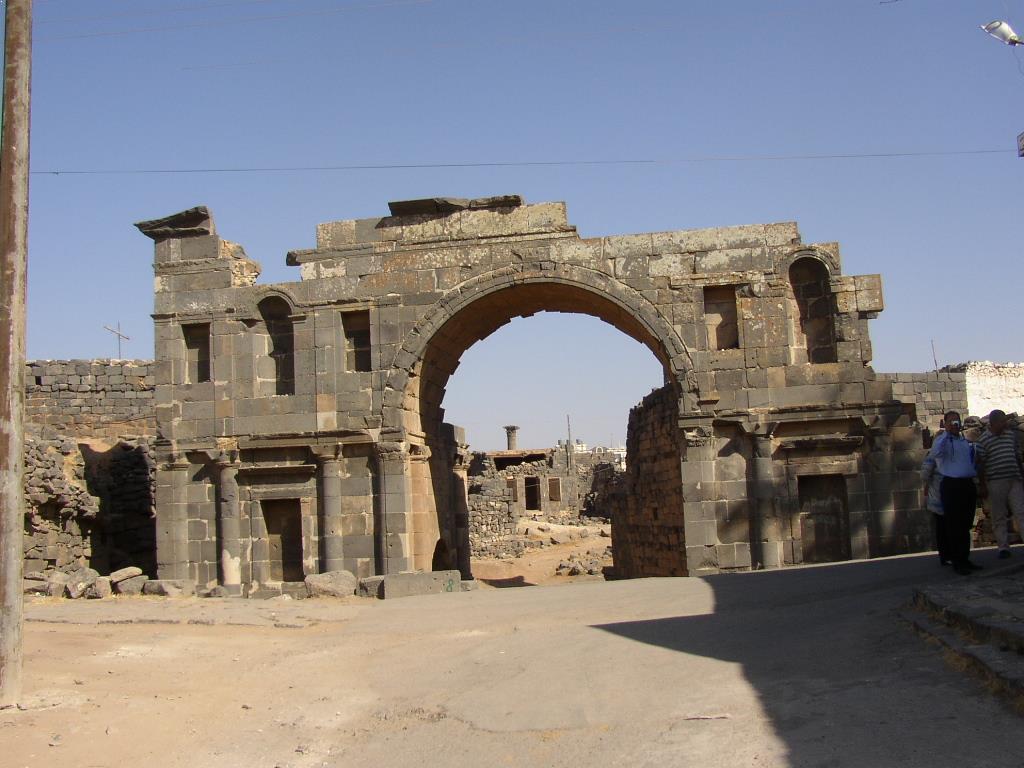 It is one of the oldest cities in the world dated back to second millennium BC. It comes under the Roman Empire in the first century AD. It is also mentioned in the Hebrew Bible as a desert city built by King Solomon. There are many important archaeological sites namely Temple of Baalshamin, Monumental arch, Tower of Elahbel and the list goes on. During the major civil war in the country, the ISIS has destroyed many parts of the city including these important archaeological sites. 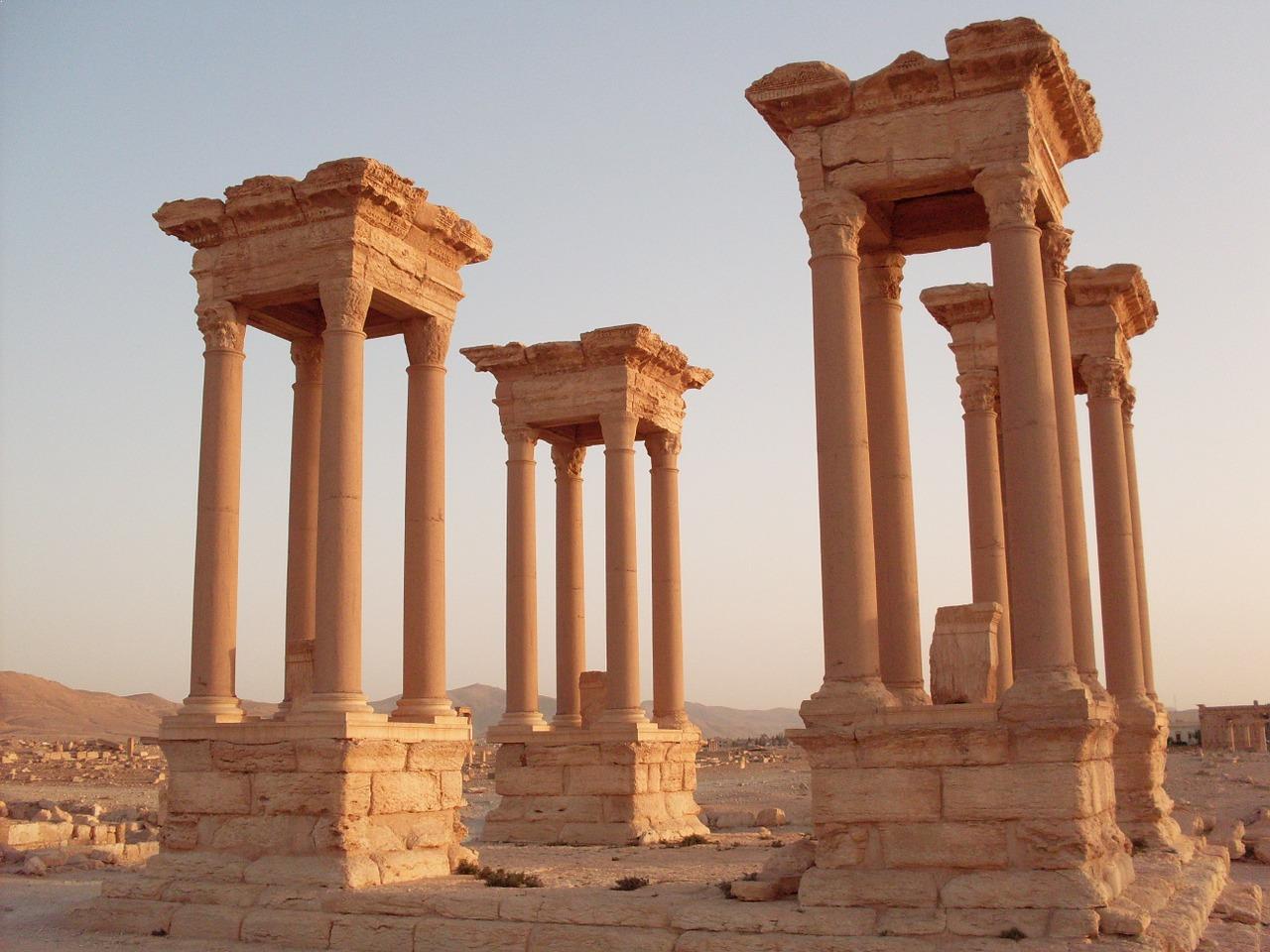 The Buddhas of Bamiyan is the name given to the two huge statues of Buddha located on the side of a cliff in the Bamyan valley. The Bamyan valley is located 230 Km from Kabul near the Silk Road. Both the statue has been blown away by the Taliban in March 2001. The statue is 53 meters tall in height.

Also Read: 10 Historic & Famous Prisons From Around the World 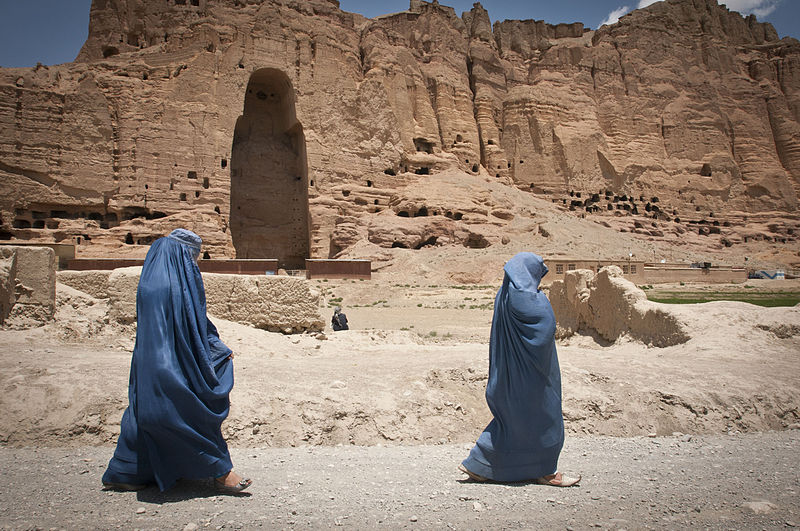 Cyrene was one of the oldest ancient Greek and Roman city located in Libya at present. Initially, the city was named after the spring Kyre which Geeks used to consecrate to Apollo. It was also known as ‘Athens of Africa’. The city was properly established in 630 BC and it is one of the most important Greek cities in that location. The ruins of the city come under UNESCO world heritage and also one the best-preserved city in the world. During the civil war erupted in the country most of the UNESCO sites have been destroyed including 3rd-century viaduct, the necropolis complex, and around 200 tombs. 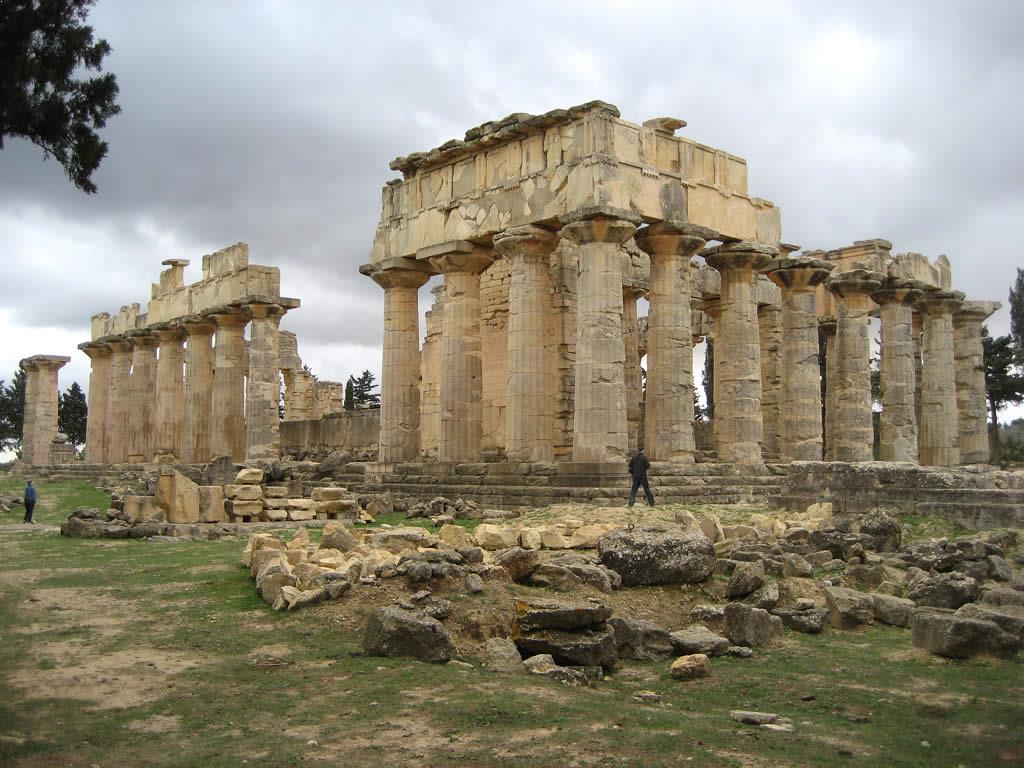 Krak des Chevaliers is a crusader castle located in Syria. It was also one of the most preserved medieval castles in the world. It is also called Crac des Chevaliers. It was in habitat in the 11th century when Kurds settled here. After that, it was known by the name Hisn al Akrad which means Castles of the Kurds. The castle was damaged during the Syrian civil war. The extent of the damage is still unknown but the army and the rebels both are responsible for the damages made to the castles. You can also read about famous monuments of Ancient Egypt. 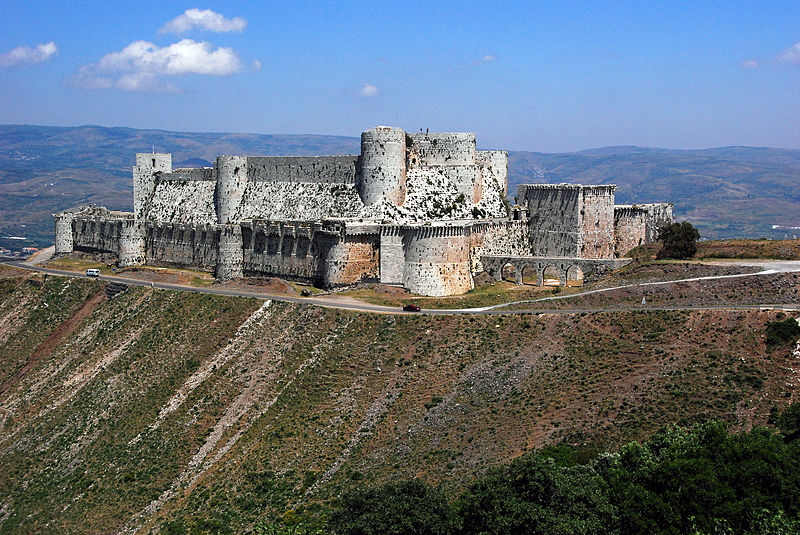 6. The Great Mosque of Samarra, Iraq

The Great Mosque of Samarra was built in the 9th century. It is located in the Samarra region of Iraq. It is the greatest mosque in the world for certain period of time. It was built by the Abbasid caliph Al-Mutawakkil who ruled the in Samarra from 847 until 861. During the war in the year 2005, the upper part of the mosque has been destroyed by the air strikes. One of the greatest monuments destroyed by war. 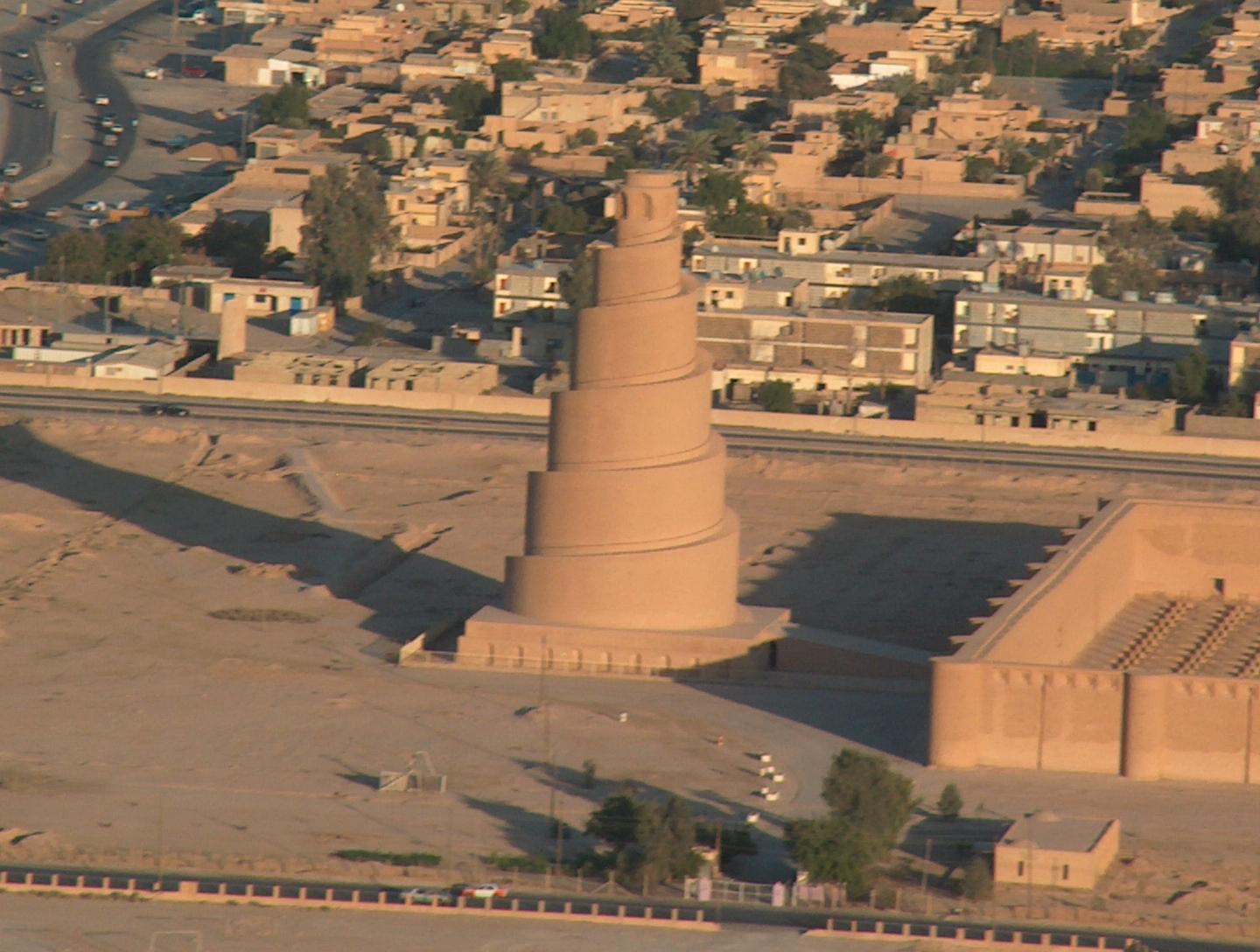 The tomb is located outside the walls of ancient Nineveh. It was believed that it is the burial place of biblical Jonah. It was also believed that the site is a Christian church and later it was turned in to the mosque. This is also one of the reasons why the place is of importance both for the Christians and the Muslims. It the year 2014, ISIS completely damaged the place saying that it is a place of disaffection, not prayers.

Nimrud is a name given to the Assyrian city originally known as Kalhu. It was located south of the city of Mosul. The archaeological excavations began in the city in the 19th century and many precious things have been explored including artefacts and 613 pieces of gold jewellery. The increasing influence of ISIS is one of the main things that causes the s destruction of the city. They completely destroyed the city with the bulldozers and bombs and also posted the video online. One of the greatest monuments destroyed by war. We also recommend you to read about most fascinating tombs and mausoleum in the world.

It was one of the largest medieval fortified palaces located in northern Syria. It is also one of the oldest palaces dated back to 3rd millennium BC. The palace has seen many civilizations of Greeks, Byzantines, Ayyubids, and Mamluks but its majority of construction has been done during the Ayyubid period. It is also UNESCO world heritage sites. During the recent civil war in Syria and use of Citadel by the fighting sides was one of the main reasons damaged cause to the castle. 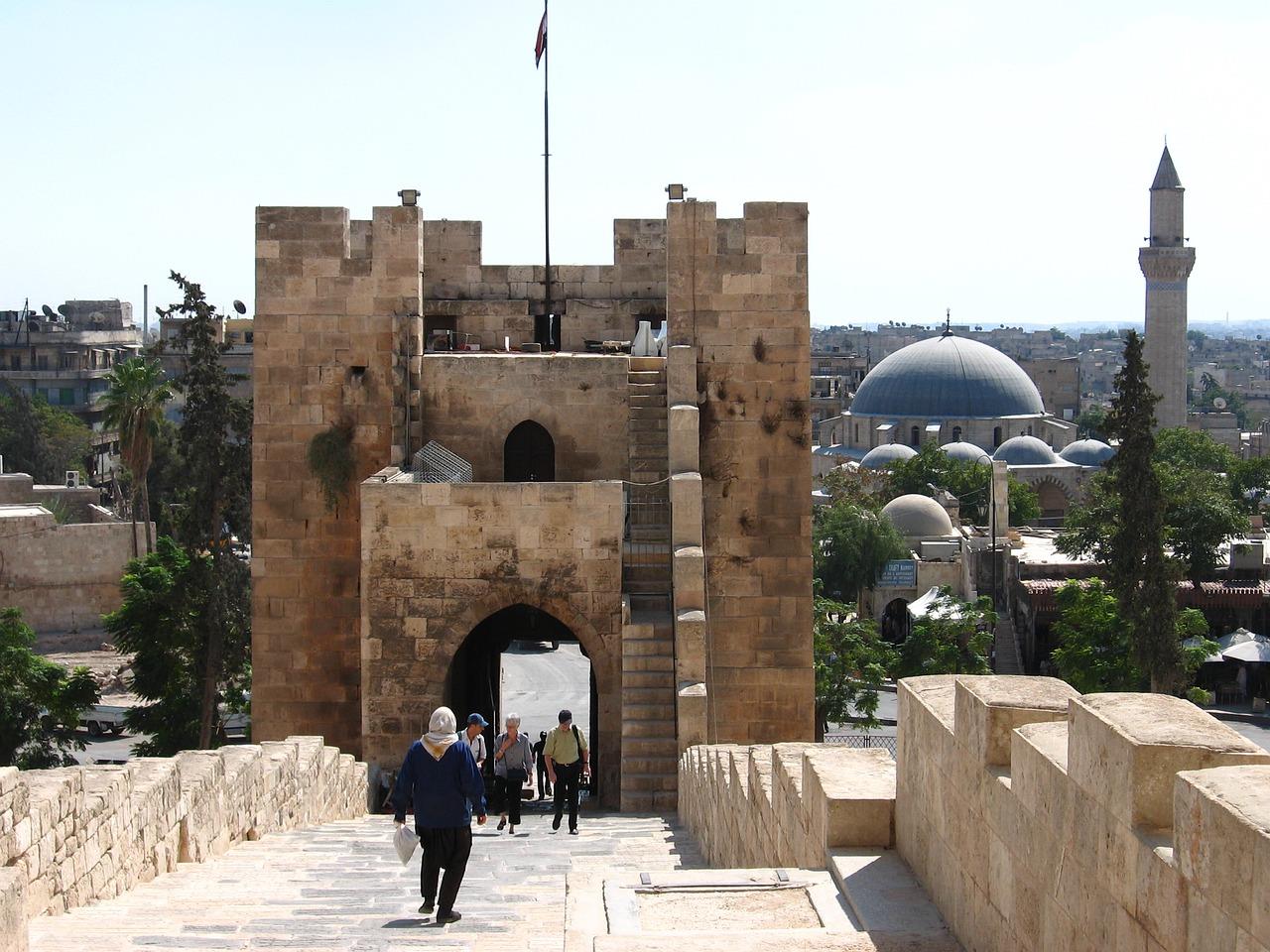 It was one of the most famous Ottoman Turkish architectural style mosques in Syria. It is situated in the Homs of Syria. The mosque has been dedicated to the Khalid Ibn al-Walid. He was an Arab military commander who was responsible for the Muslim conquest of Syria in the 7th century. There is one more battle named Battle of Yarmouk which put an end to Byzantine rule in Syria. The mosque is in the front line of the rebels so the Syrian army heavily shielded the mosque and recaptured it causing massive damage to the mosque. One of the greatest monuments destroyed by war. You can also find interesting reading about facts about the Ancient Egyptian Pyramids. 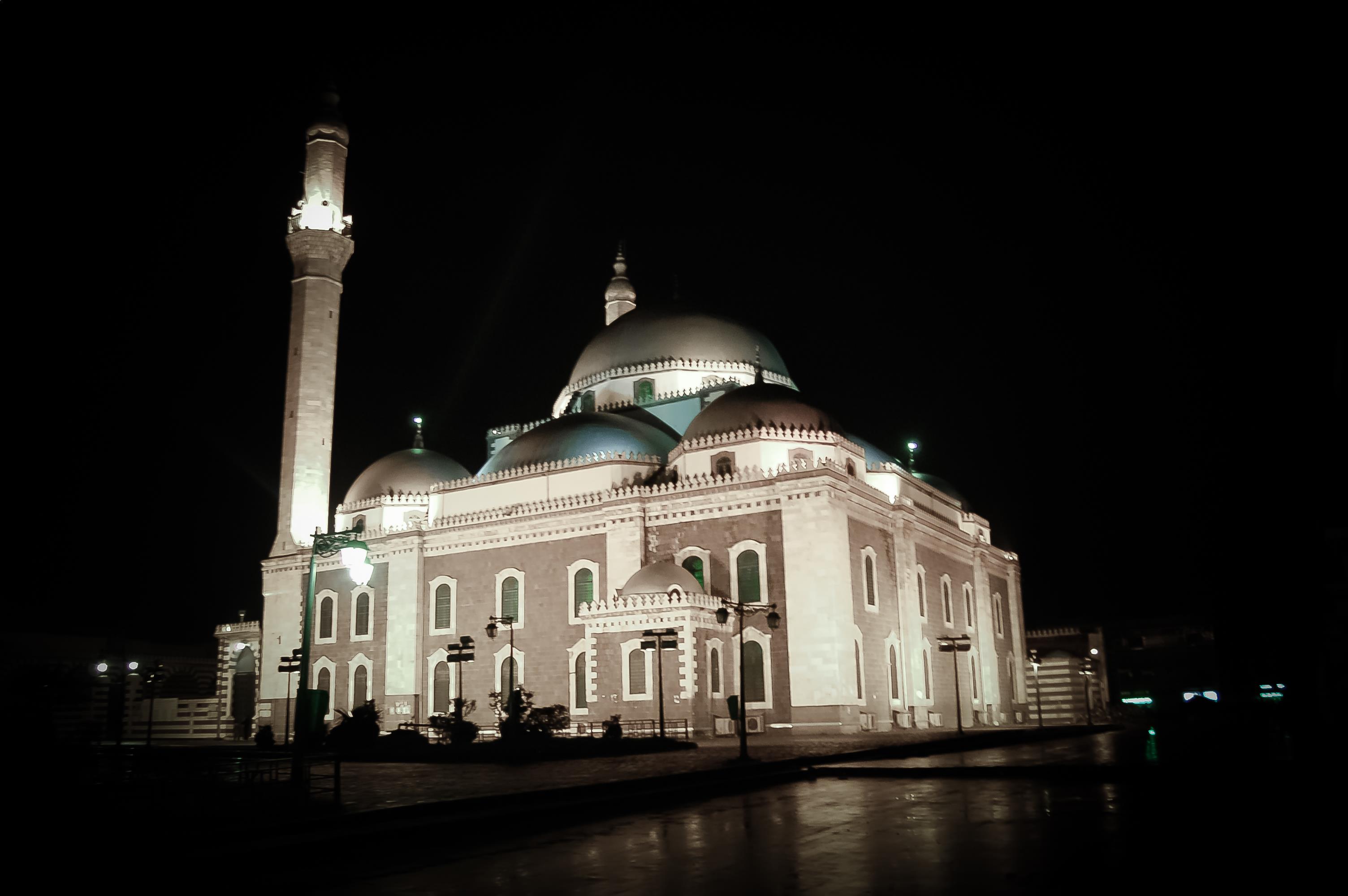